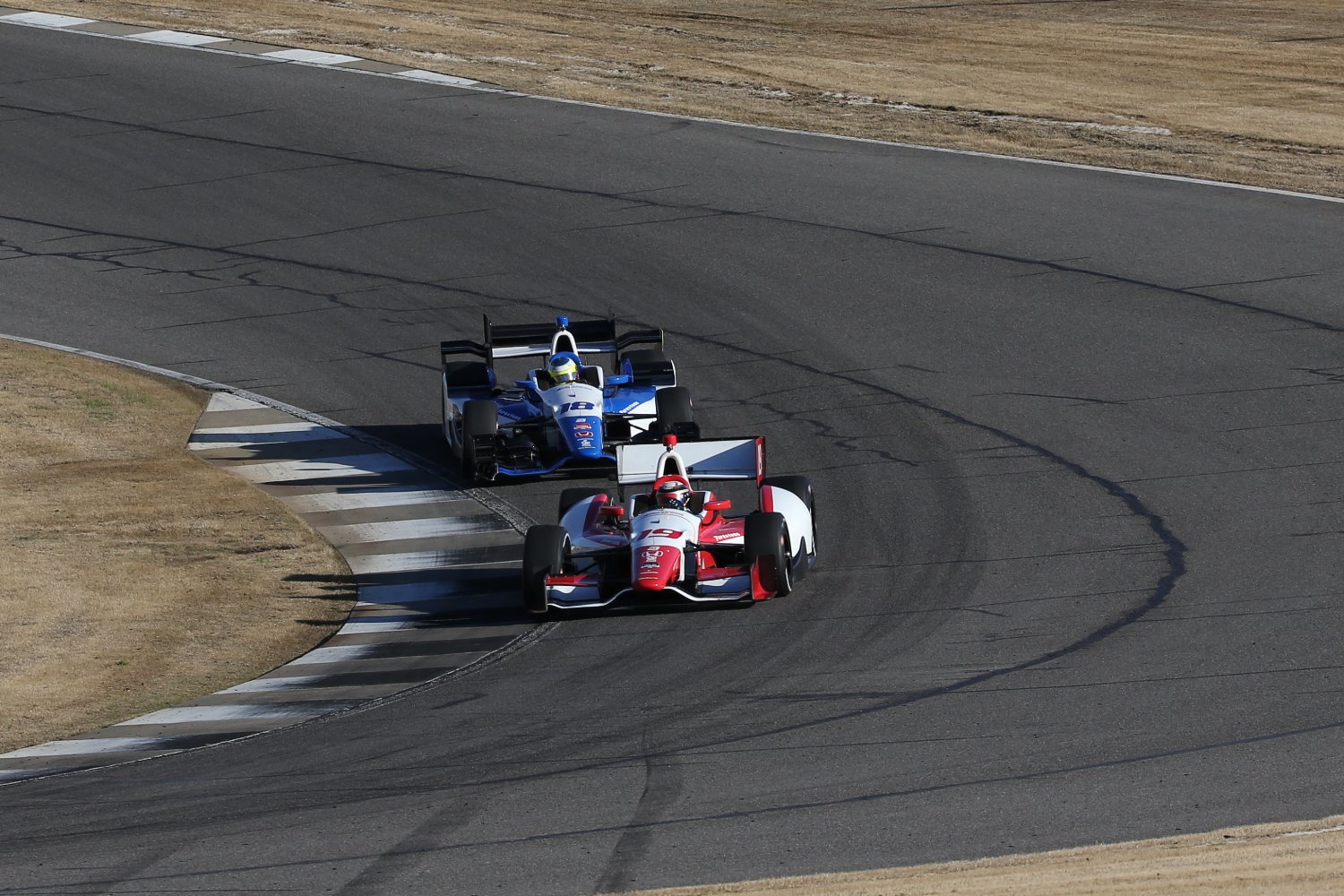 Recall our Monday report from IndyCar Spring Training noting that there was a shortage of Honda aero kit parts. We learned of this after speaking with Dale Coyne Racing, who were able to outfit Carlos Huertas' #18 car with the kit, but not the #19 car of Francesco Dracone.

Noting his team would definitely be testing at Sebring next week and perhaps one other place. Andretti said the decision of where and how much the team would test would come down to the availability of parts.

Lee then asked "Where do things stand with extra parts by the time we get to St. Pete?"

"That's going to be a problem," said Andretti without offering too many specifics. "We don't know for sure yet…But they've been having some issues with parts and stuff."

Anyway, the long and short of it is that's a second Honda team that has noted a parts shortage with the new Honda aero kits. We'll continue to track the story.