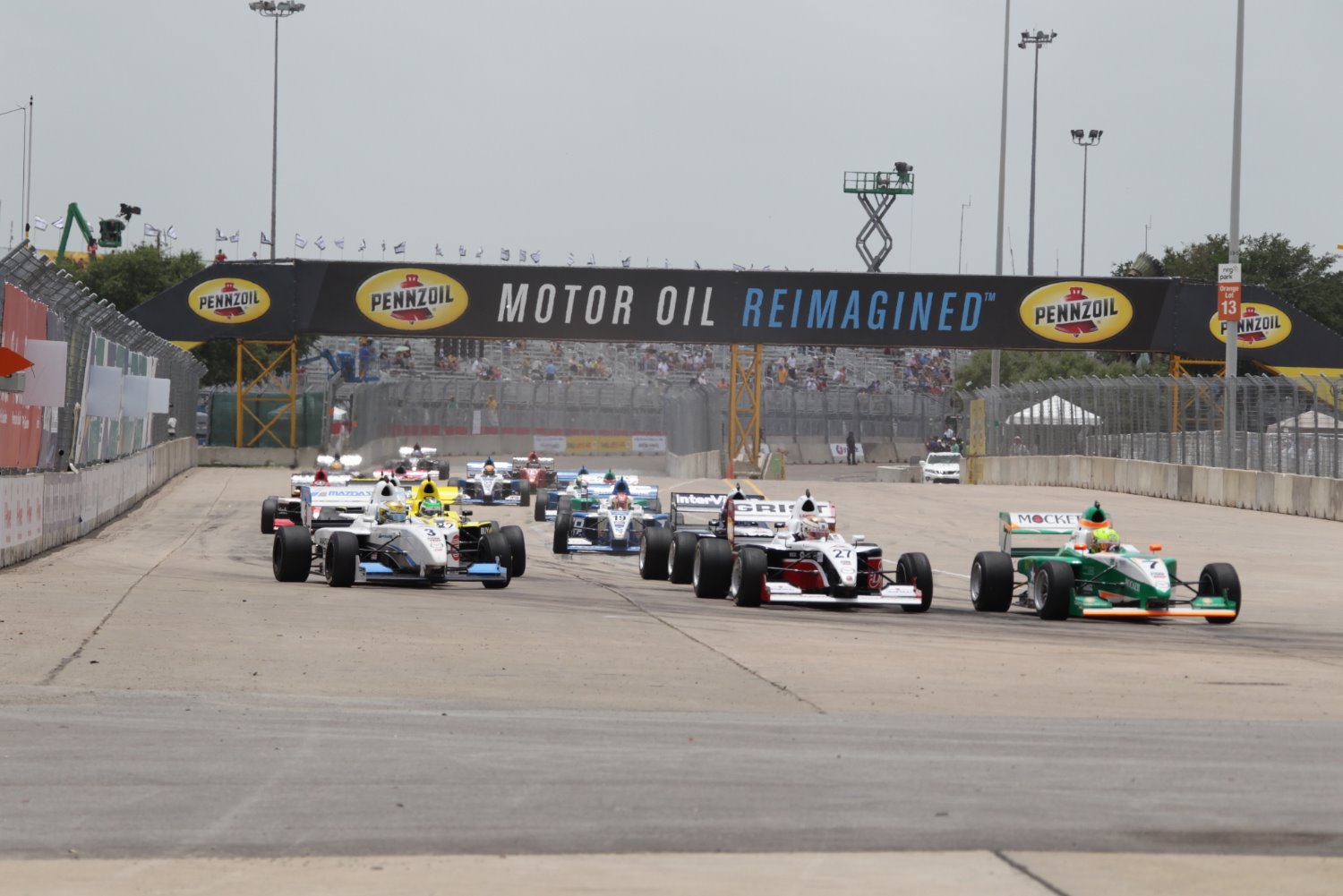 02/18/15 Below is an updated list of confirmed entries for the 2015 Pro Mazda Championship Presented By Cooper Tires.

02/05/15 Below is the latest list of confirmed entries for the 2015 Pro Mazda Championship Presented By Cooper Tires.

02/04/15 AutoRacing1 is hearing from another source that Florian Latorre is going to re-join Cape Motorsports with Wayne Taylor Racing to contest the 2015 Pro Mazda Championship. Latorre, of course, won the 2014 U.S. F2000 Series title, and recently tested with the team. We expect an announcement soon.

The 2014 championship team Juncos Racing will be testing at Palm Beach International Raceway and the Homestead-Miami road course in the coming days. While the championship portion of the Pro Mazda season doesn't begin until the Firestone Grand Prix of St. Petersburg weekend, Cooper Tires Winterfest begins in less than a month. And we expect more news about driver/team entries will be forthcoming soon.

For now, we here at AutoRacing1 count 7 confirmed driver/team combinations for the upcoming season.