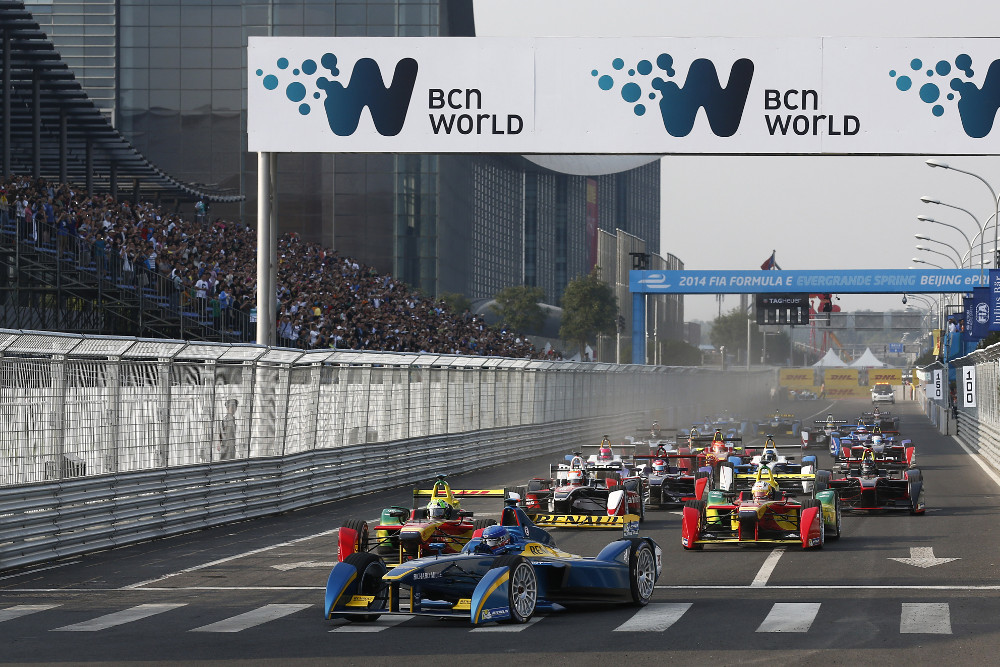 Exactly one month from today, the Spark Renaults of Formula E will roll off the grid on a Long Beach, California street course. 22 days following Formula E, IndyCars will roll off on the same course, albeit a longer version of the Formula E course. One can see the trend emerging.

The proximity in both geography and chronology begs a simple question for 2016: Why not both? Save for a few logistical hiccups, pairing the two series at locations like Miami and Long Beach seems a natural fit.

Not all that long ago, Champ Cars took to the streets of Miami on an exceptionally short circuit (1.387 miles) that resembles many of the layouts that make up the Formula E schedule. IndyCar CEO, Mark Miles, recently indicated his desire to slide the schedule earlier into February. Miles spoke of difficulty in finding locations stateside that could suit a race so early in the year climate-wise. Miami’s early-March date for Formula E conceivably suits the climate needs of IndyCar. With Miami signing on for more ePrixs through 2019, asking Formula E to abandon the race and follow IndyCar to St. Petersburg seems unwise. But with Miles’ desire to expand the schedule, and IndyCar’s tendency to lack any qualms about scheduling multiple races in the same state (California has three races in 2015,) why not take advantage of Formula E’s condensed 1-day schedule and run an IndyCar race the same weekend?

The same methodology holds true for the Grand Prix of Long Beach. Long Beach, IndyCar’s Monaco, maintains its status as something of a crown jewel of IndyCar. Next to Indianapolis, Long Beach routinely tops a list of must-wins for IndyCar drivers. The massive crowd that rolls out for IndyCar is something that would only increase with the growing appeal of Formula E. The number of drivers that race, or have raced, in IndyCar and Formula E seems to grow each weekend. A double-header weekend allows drivers from both series to impress potential bosses and competitors. Andretti Autosport has a team in both series and– viola– the Long Beach crowd has a familiar face to root for.

But how would double-header weekends work when both series consider themselves the premier event? Obviously that question will arise in broaching any ideas that include double-headers and the logistics must be left up to event organizers. One idea could compromise both series where each series splits the weekend evenly regarding track time. Another idea, and perhaps a better one, leaves each series’ weekend structure as in-place as possible. IndyCar routinely holds two-day race weekends. Formula E exclusively stages one-day events. For all intents and purposes, it might make sense to hold IndyCar practice/qualifying on Friday, leave Formula E’s Saturday-only structure intact, and IndyCar has a warm-up and race on Sunday. Again, there are certainly some logistical issues needing hammering out should either parties entertain the notion, but solutions are easily found. If IndyCar periodically holds joint weekends with Tudor United Sports Car, which stages endurance races, there must be methods to accommodate a series like Formula E.

A more minor benefit comes in the form of the race program. You know the glossy, classy, fantastically laid-out design that every Formula One fan has come to expect from any on-site F-1 program? The same company who makes those pieces of art, UK-based TRMG, also holds the rights to all of Formula E’s race programs. IndyCar’s current race programs are impeccable, but the aesthetic appeal and knowledge packed into programs produced by TRMG proves their place as the publisher for F1 and Formula E programs. A joint weekend between Formula E and IndyCar may give opportunity to IndyCar to take advantage of the TRMG relationship. Why’s that important? Well, what’s the first thing race attendees show their friends to convey their passion? The race program.

Simply put: the benefits of staging races with IndyCar and Formula E outweigh the pitfalls. The increase in exposure each series might find could quickly prove invaluable. Paying ticket-holders receive more for their dollar. Vendors reach more of a fan base. Fans who may be exclusive to watching IndyCar or Formula E, now get the chance to sample other motorsport. Ultimately, joint weekends grow the sport as a whole. It simply makes sense. NextGenIndy