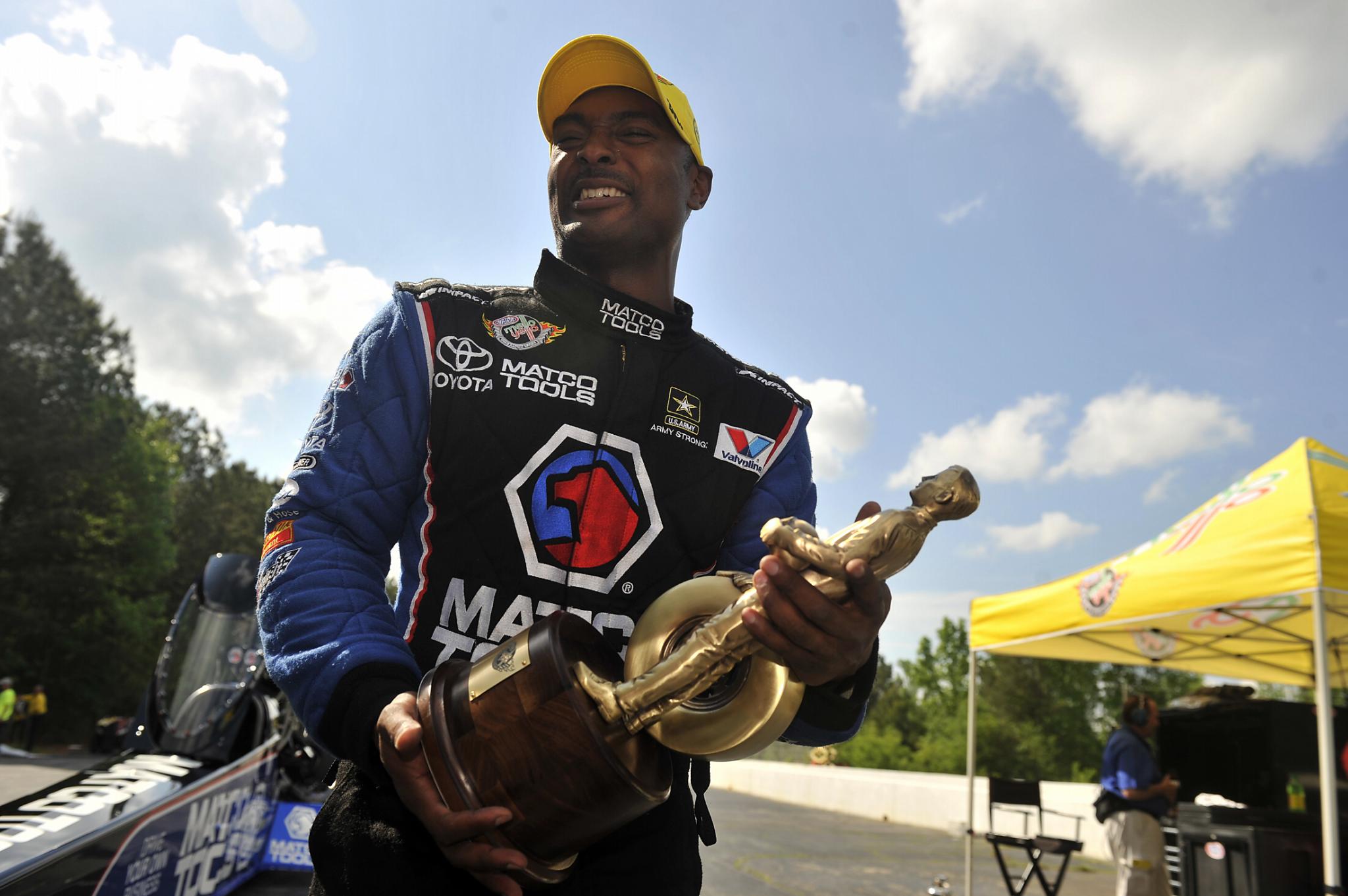 Following a one-week delay for rain – and another short rain delay during Saturday’s eliminations – Brown emerged victorious over Brandon Bernstein for his second victory of the season, posting a 3.801 at 321.25 mph

Brown qualified second behind top qualifier Shawn Langdon and eliminated Pat Dakin, Spencer Massey and Doug Kalitta to face Bernstein in the finals, easily taking the victory after Bernstein smoked the tires right out of the gate.

“It’s big to win down here at the Southern Nationals," said Brown. “This track’s been real special to me," Brown continued. “It reminds me of going to a racetrack in my hometown. It’s been around forever, and it has that special atmosphere with great fans that pump you up. You get that aura of the passion for the sport that they have. Everybody was running so strong this weekend that it was monumental for us to get the job done."

In Funny Car, Johnny Gray got the upset victory over top qualifier Matt Hagan to score his second Wally of the season.

Coming into Saturday’s eliminations as the 10th qualifier, Gray faced a tough road to the finals, going up against two-time Atlanta winner Robert Hight, defending race winner Ron Capps and last week’s winner Cruz Pedregon before advancing to face Hagan in the finals for just the second time in his career.

The victory moved Gray up from fifth to third in the standings, a much needed rebound after failing to qualify three weeks ago in Charlotte.

“We got over-center here for a couple of races and struggled pretty good," said Gray. “The car was getting really inconsistent, and the boys made the election just to back the thing way down, get way over on the soft side, and start picking their way back up. I didn’t know they’d pick it up quite that quick, but they picked on it pretty good today. The thing came back real strong."

Pro Stock points leader Mike Edwards notched his third win of the season with a victory over Shane Gray in the final round.

Edwards, who qualified third in the previous event after going no.1 in each of the first five events, came in as the top qualifier and beat out Warren Johnson, V. Gaines and Greg Anderson to advance to his second-career final-round meeting against Gray, who was making his third consecutive final-round appearance.

“All things considered, it was a great day in the office," said Edwards. “Man, it just seemed like we were a little bit faster than a few of them. We’re making good runs, just need to make better runs. We just tried all day long and couldn’t make it go any faster, but hey, it just feels good to come out with a win. It was a great win for me and my guys."

Edwards increased his lead to 67 points over second-place Allen Johnson, who was eliminated in the opening round.