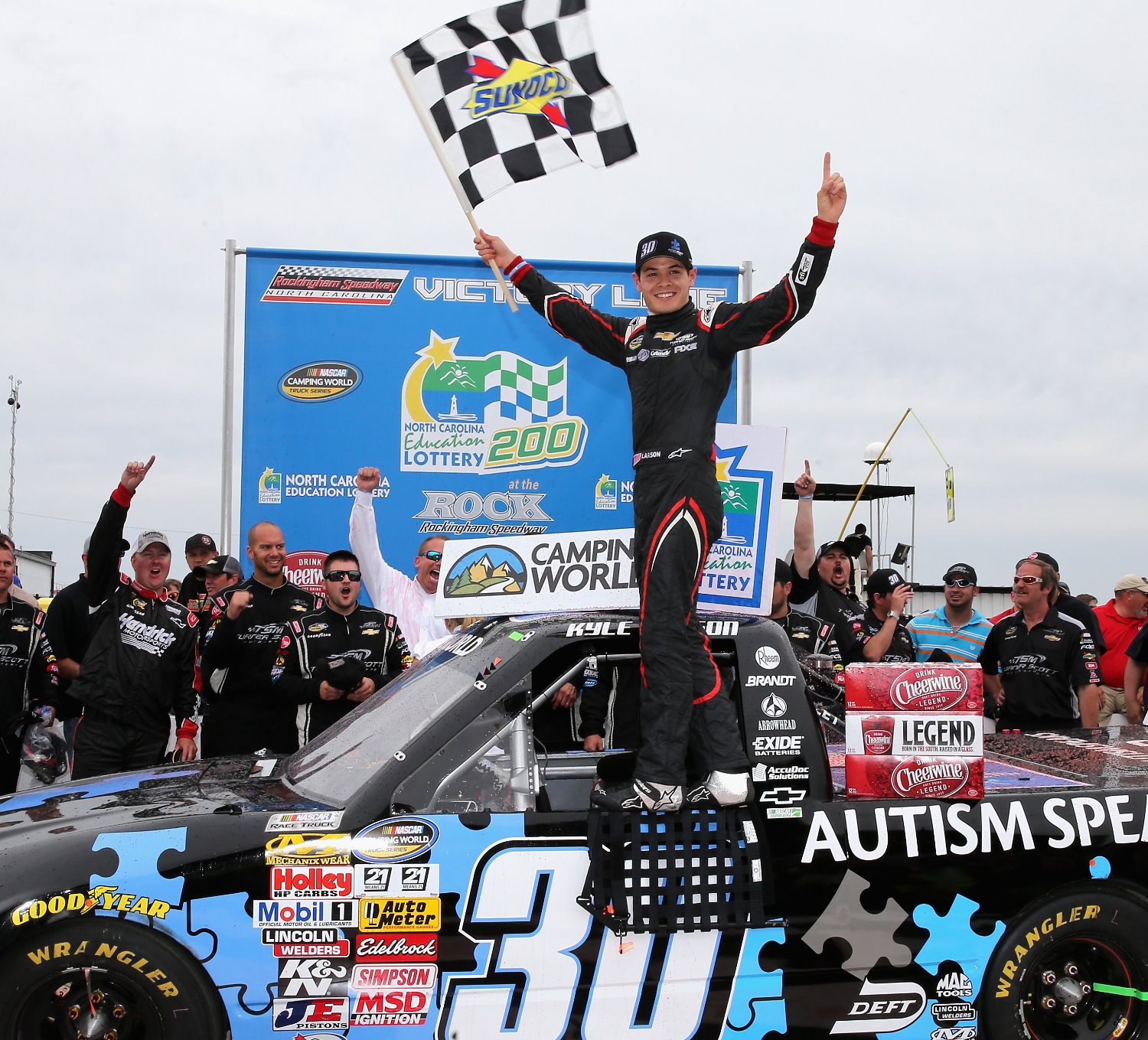 I've been a fan of NASCAR's Camping World Truck Series since its inception back in 1995. So, needless to say, I was perched in front of my television to watch the series' race at the legendary Rockingham Speedway. I thoroughly enjoyed watching young Kyle Larson score his first NASCAR national series win during the North Carolina Education Lottery 200. I was glad to see a good sized crowd of fans which supported my long time theory that said this series deserves more stand alone events on their schedule. I was also thrilled for speedway owner Andy Hillenburg who, back in 2007, seriously rolled the dice by purchasing this race track and resurrecting "The Rock."

However, I was thinking about something else while I watched the Rockingham race. It was another one of those memories of a middle aged racing fan.

It was March of 1971. I was a college sophomore living in Charlotte, North Carolina. A buddy and I decided to spend a weekend in Rockingham to take in a NASCAR Grand National, now Sprint Cup, race at, what was then, the North Carolina Motor Speedway.

The plan was to camp out in the race track's infield. We arrived at the track with all of the basic infield essentials: a tent, multiple bags of Lays Potato Chips and two coolers filled with Pabst Blue Ribbon Beer. We found the perfect campsite, between turns three and four, that granted us the maximum view of the track but still within staggering distance to the nearest public restroom and hot dog stand. We also made quick work of introducing ourselves to our racing neighbors. From that point the party was on.

All through the night our NASCAR party was serenaded by someone playing country music over the track's public address system. It was apparent that this impromptu D J has access to dual turn tables. One of those turn tables was permanently occupied by the song "Easy Loving." The eventual country music classic was recorded by Freddy Hart and was the number one song on the country charts at the time. The problem with this was: "Easy Loving" was being blasted through the public address speakers about every three minutes. Needless to say, this procedure became old and annoying in a very short amount of time.

Our campsite was located directly in front of a telephone pole that had a set of speakers attached to the top of it. This was one of the old fashioned poles with metal spikes on its sides that, back in the day, made it very easy to climb to the top similar to the way an elementary school child climbs on playground monkey bars. Convinced I could handle the climb to the top of the pole, I announced that the next time I heard "Easy Loving" I was going to disconnect the wires from the speakers.

Right on cue, approximately three minutes later, there it was again:

Realizing it time to back up my previous announcement, I began my ascent to the top of the pole. I climbed approximately twenty five feet when I heard this deep, baritone, voice say:

HEY BOY! WHAT THE HELL ARE YOU DOING UP THERE?

I glanced downwards to discover I was gazing into the steely eyes of a North Carolina county mounty. I recall thinking: "damn it, I'm going to get arrested over a Freddy Hart record." I also quickly realized that my only approach to this officer was your basic "yes sir- no sir- I'm sorry sir."

With both feet once again firmly planted on the ground, I explained to the officer my line of thinking that got turned into a lack of thinking. Much to my surprise, he admitted that the endless playing of "Easy Loving" was indeed annoying. He offered me a deal: if I agreed to retreat to my tent not to be seen or heard from for the remainder of the night he would give me a break. Just because I was acting like a fool doesn't necessarily mean I am a fool. I shook the man's hand, thanked him and crawled into the tent.

Needless to say the following morning I woke up with an extremely fuzzy tongue while my brain played a rock n roll drum solo. Following rounds of aspirin and black coffee, I settled in to watch the race won by my all time NASCAR hero: King Richard Petty.

To this day when someone mentions Rockingham Speedway I think of that weekend and smile. Also to this day, and with all due respects to Freddy Hart fans, I still cringe when I hear the song "Easy Loving."

It's just another one of those memories from a middle aged racing fan.