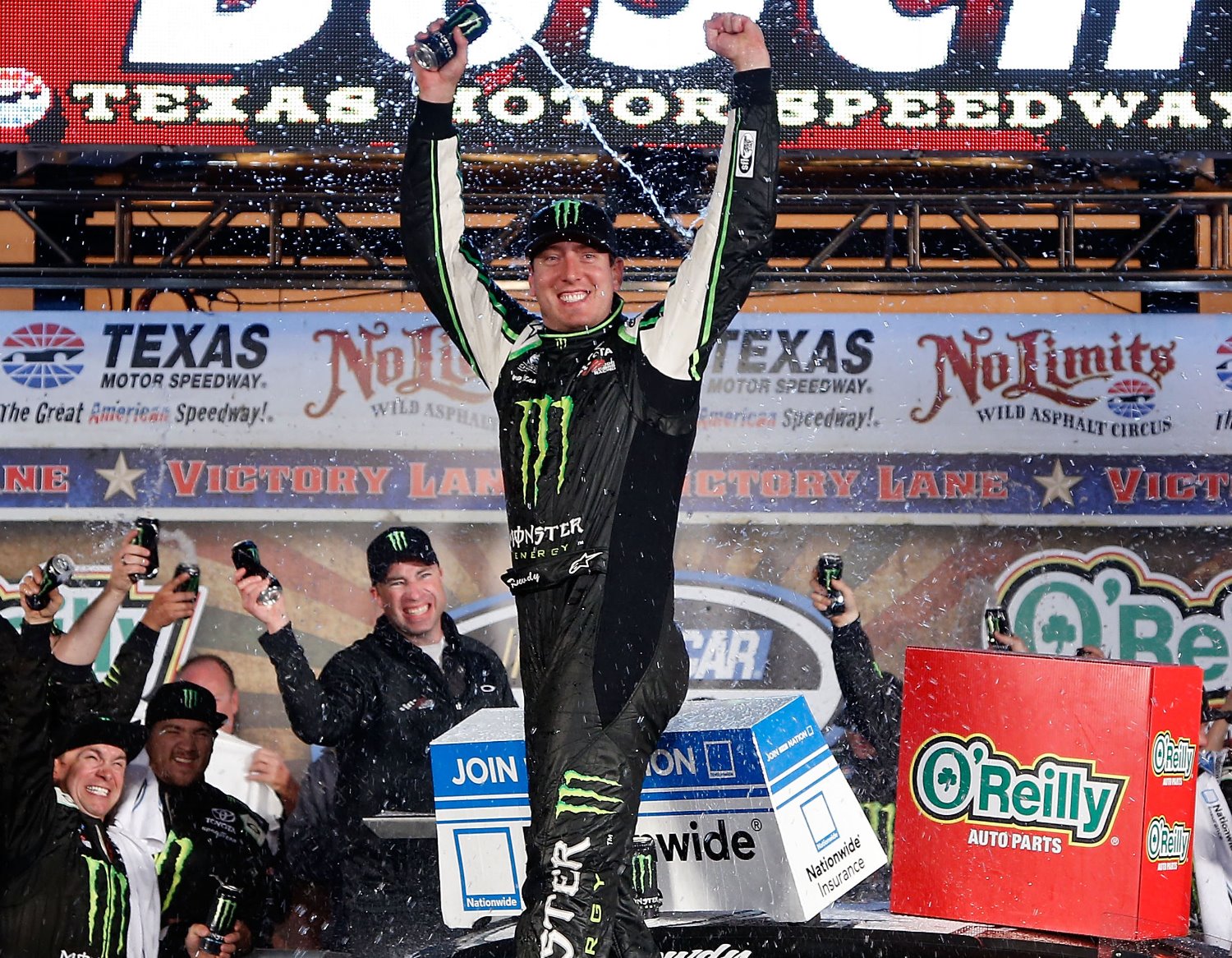 Winless in his own Nationwide equipment last year, Busch visited Victory Lane for the fourth time in six races this season, becoming the first driver in series history to win four of the first six.

The victory was Busch's record sixth at Texas and his record 55th in the Nationwide Series. Brad Keselowski ran second, 2.272 seconds behind the winner. Austin Dillon was third, followed by Dale Earnhardt Jr. and Kevin Harvick.

Contact between Sam Hornish Jr. and Jeremy Clements on Lap 141 changed the complexion of the race and eliminated Hornish, who entered the event as the series leader. From that point on, Busch had the dominant car.

Hornish finished 34th and kept the points lead but saw his advantage over Regan Smith trimmed from 28 points to two.

In a scenario that augured well for Saturday night's Sprint Cup tires, new tires made an enormous difference on Friday. In caution for debris on Lap 66, Keselowski, Hornish and Busch were among those who opted for fuel only, and those three drivers restarted at the front of the field on Lap 70.

Their stay at the point was short-lived. On Lap 73, Kasey Kahne, on new tires, passed Hornish for the lead. One lap later, Brian Vickers, also on fresh rubber, blew past Hornish into the second position. By Lap 90, Hornish had slipped to ninth, more than eight seconds behind Kahne.

The tradeoff was that Hornish, Keselowski and Busch each had saved an extra set of tires and they took advantage of the new rubber during pit stops under caution for debris on Lap 95. Kahne also changed four tires under the caution, leaving him with one set for the last half of the race.

After the restart on Lap 99, the roles were reserved. Hornish, on new tires, took the green in 16th and stormed through the field, wresting the lead from Matt Kenseth, who had stayed out under the caution, on Lap 107. Having lost several spots with a slow pit stop, Kahne overtook Hornish for the top spot on Lap 111, with Busch and Keselowski in hot pursuit of the two frontrunners.

Busch dispatched both Hornish and Kahne to assume the lead on Lap 115 before caution flew on Lap 120 for Robert Richardson Jr.'s second spin of the race. That shuffled the field again for a restart on Lap 128, with Keselowski quickly taking the lead, followed by Busch and Austin Dillon.

After Hornish's demise, by the time the lead-lap cars came to pit road under yellow on Lap 168, all contenders were back on equal footing, taking four tires for the run to the finish.