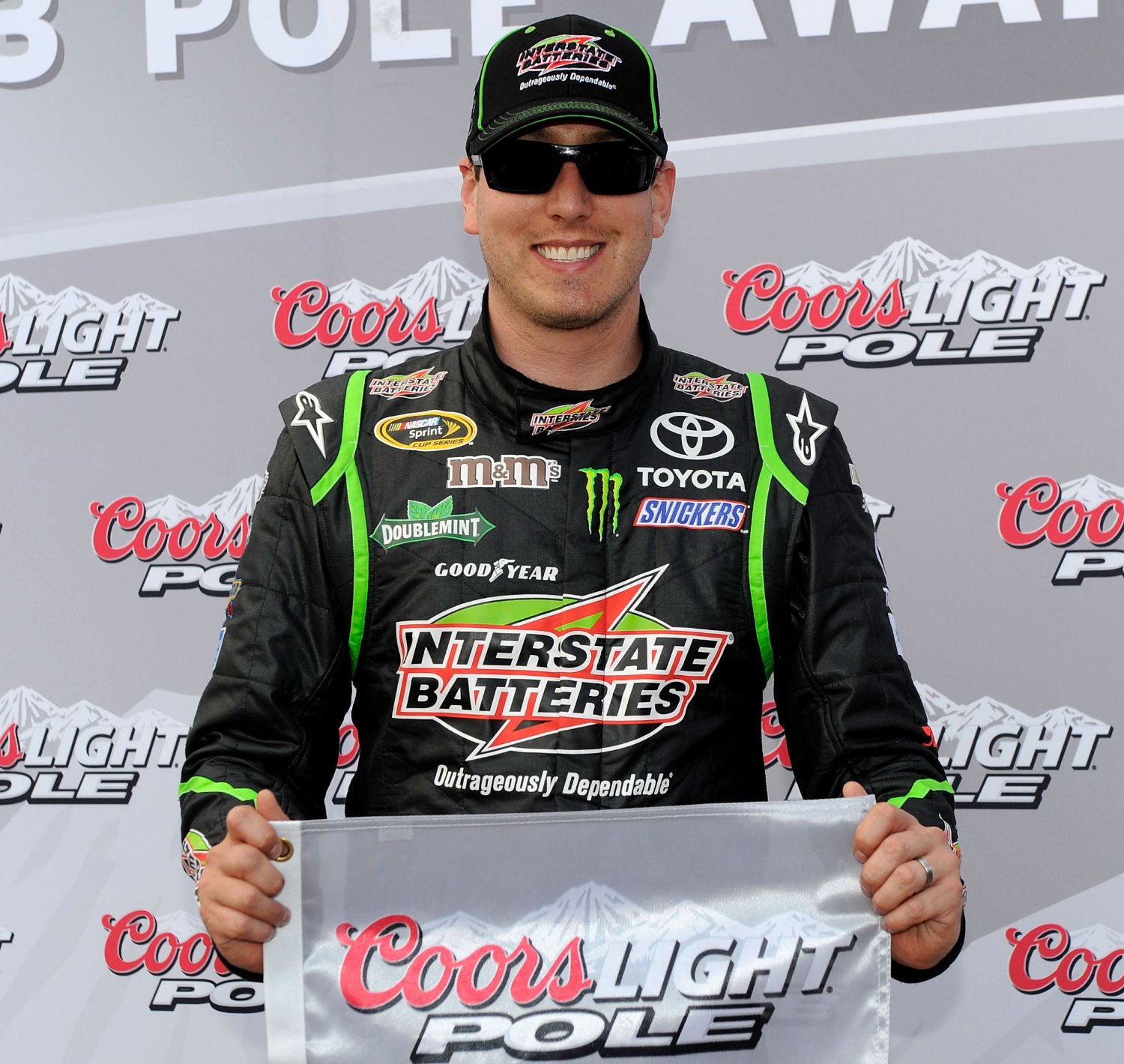 Younger brother Kyle took the pole from Kurt seven cars after Kurt's run, as the setting sun led to cooler temperatures on the TMS asphalt. Kurt Busch previously took the pole from Aric Almirola, who went out very early in the session.

It's the second time that Kyle and Kurt have started on the front row together. Previously they did it at Las Vegas, their hometown, in 2009.

It's Kyle Busch's 12th pole of his Cup Series career. He's won two races from the top starting position; at Las Vegas in 2009 and Richmond in 2010.

How good was your race car?
"It felt that good. Sometimes you feel that good and it's not very fast. I'll tell you what, these guys here and this whole JGR team, everybody back at the shop, all the guys and girls that work so hard there to give us really great race cars to come to the race track with. We didn't unload the best, but Dave (Rogers, crew chief) and the guys — they really used the whole tool box today and worked really hard getting us a good piece for the race and for qualifying. This Interstate Batteries Camry is flying — I'm looking forward to tomorrow night."

What do you think about setting a new track qualifying record?
"Not too shabby of a day. It certainly didn't start out as good as we expected to — but we made the most of the day. We used the whole tool box today. I can't say enough about everybody at Joe Gibbs Racing — everyone at the shop that work so hard to give us great equipment to come to the race track with. I appreciate that Dave (Rogers, crew chief) and the guys dug in and worked hard today to give us a good piece for qualifying and I feel like we have a good piece for the race tomorrow night too. Lot of fun today and looking forward to bringing Norm Miller (Interstate Batteries) to victory lane right here in his home state of Texas.

"What would it mean to get a win at Texas?
"It's going to be a tough race, certainly. Five hundred miles here are always grueling, but we just have to work hard and continue to do what we know how to do and that's to try to make the most of it."