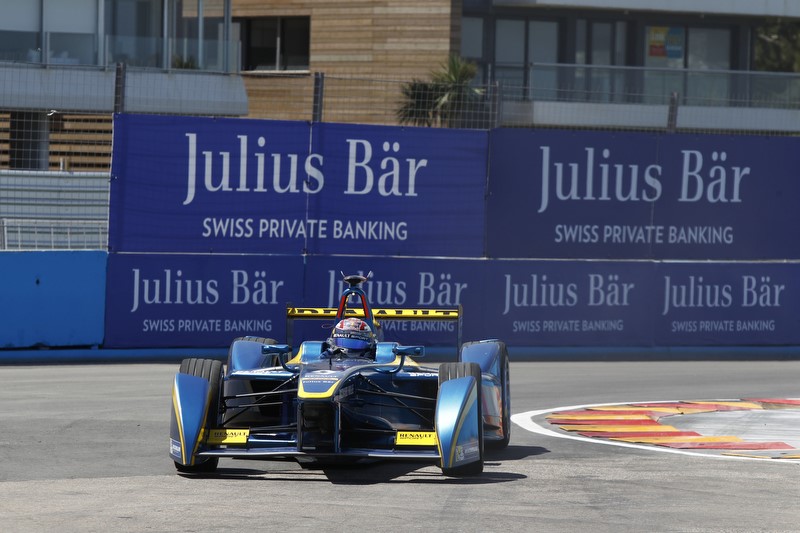 Formula 1 legend and e.dams-Renault team owner Alain Prost says he will test the Formula E car ‘at the next opportunity'.

The four-time world champion retired from single-seater racing following his fourth title in 1993, but he's keen to get back behind the wheel to experience the Spark-Renault SRT_01E so that he has a better understanding of how the world's first all-electric single-seater racing car works.

In-season testing in Formula E is heavily restricted, so Prost's chance to drive the car is likely to be during the gap between the end of season one and the start of season two. The dates for these tests have yet to be confirmed.

With his team at the top of the standings and drivers Sebastien Buemi and Nicolas Prost third and fourth in the points respectively, Prost is understandably happy with the performance so far, although he feels they could have done even better.

"We are satisfied, obviously, with the performance of the team and the drivers," he said. "We are not disappointed, but we thought that it could have been better without the incident with Nicolas in the first race, the 10-position penalty on the grid in the second race and the penalty he had in Punta del Este – there was no reason for that – and then the incident with Sebastien in the last race. But we are very positive with the performance of the team, which is most important."

The opening four Formula E races have produced four different winners and some fantastic racing. Prost admits that the level of excitement has been greater than he expected.

"Honestly it was a big surprise and a good surprise," he said. "At the end of the day if you want to have a series that is successful you need to have a nice show and nice racing and that's what we have – and much sooner than we expected. A lot of things have happened and people are very happy about the races, so it's good. It's good for championship and good for the future."

The e.dams-Renault team resume their challenge for the inaugural Formula E titles at the next round, the Miami ePrix on March 14.