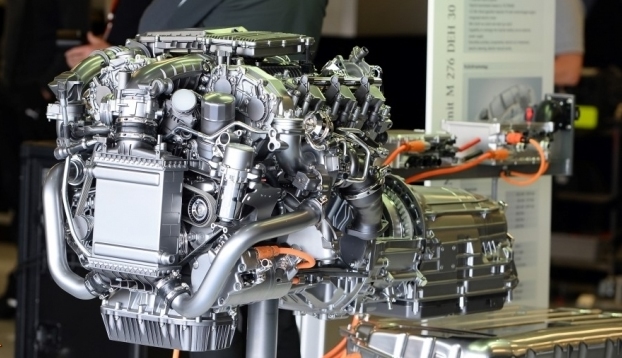 UPDATE (GMM) Mercedes has reportedly dismissed claims it will begin the 2015 season with its 'old' V6 engine of last year.

With the FIA agreeing to allow a development loophole under the existing 'freeze' rules, the sport's engine makers are currently contemplating how best to deploy their 32 upgrade 'tokens' throughout the 2015 season.

One rumor this week suggested Mercedes, having utterly dominated last year with its title-winning turbo V6, in fact planned to start the season with the 2014 unit in order to strategically upgrade to a 2015 specification over time.

But Italy's Omnicorse insists those reports are untrue, claiming the Brackley team is "assembling the car that will be taken to the Jerez test, and it will have the power unit configuration of 2015".

"The rumor that has spread in recent days about Mercedes doing the first four races with the 2014 power unit was denied," the report added.

Not only that, Omnicorse claims that Mercedes' 2015 engine will be significantly different this year, including a new Bosch injection system capable of turbo pressure to the regulations-maximum of 500 bar.

The report claimed Mercedes' 2014 turbo was limited to little more than half that figure.

It is the latest development in the so-called 'engine unfreeze' saga, after the FIA conceded a loophole in the 2015 regulations can indeed be legitimately exploited by suppliers.

That Ferrari and Renault can now develop their turbo V6s during the 2015 season was heralded as a political victory for Mercedes' struggling rivals.

But Mercedes' Toto Wolff is quoted by L'Equipe: "It might be said that it favors Renault and Ferrari. Actually, it will be a benefit to us."

Undoubtedly, he is referring to the fact that, having begun the new turbo V6 era with a significant advantage, Mercedes is now confident of strongly developing its 'power unit' throughout 2015 and maintaining its advantage.

Rumors even hint that Mercedes is ready to unfurl a further 50 horse power for 2015.

"If that is true," concerned Red Bull boss Christian Horner is quoted by Spain's El Mundo Deportivo, "the difference (between Mercedes and) the other teams may actually increase."

L'Equipe said Wolff confirmed that Mercedes' strategy for the 2015 'unfreeze' will be to take the 'old' 2014 engine into the winter period and then gradually begin to add performance.

Reports suggest the 2014 engine will probably then be used by Lewis Hamilton and Nico Rosberg in the first four races of the season in Australia, Malaysia, China and Bahrain.

Meanwhile, as F1 newcomer Honda rails against getting left out of the 2015 'unfreeze', Wolff tipped the story to continue to unfold.

"As for Honda," said the Mercedes boss, "it is normal that everyone has an opinion about it. The FIA will make its decision so let's see what they say.

"Perhaps the competition will protest if they come to a grand prix with a new engine specification," Wolff added.