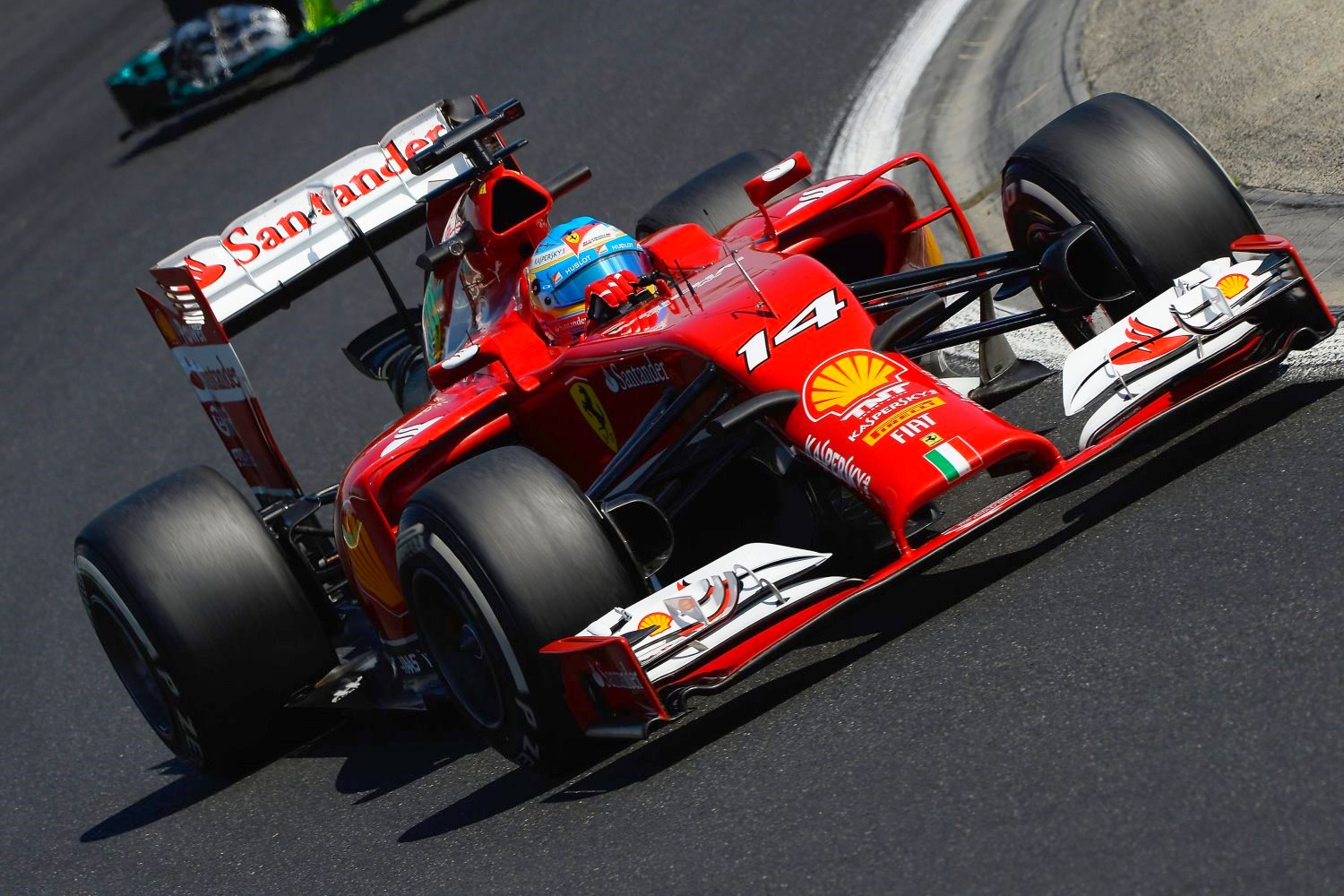 (GMM) Ferrari is sticking with its unique 'pullrod' front suspension layout for a fourth consecutive season, according to Italy's Autosprint.

The Maranello team has persevered with the approach since 2012, despite the fact pullrod suspension had not previously been seen at the front of a F1 car since Minardi in 2001.

It was reported throughout 2014 that Ferrari's pullrod suspension might explain Kimi Raikkonen's notable deficit compared to Fernando Alonso last year.

The Finn shone with the responsive and easy-to-tweak front of the 2013 Lotus, but he identified the front handling of his Ferrari last year as a key complaint.

A pullrod layout can mean a lower nose, suspension and centre of gravity, but it is also known to be difficult to tune and less responsive to setup changes.

Alonso, who also raced the pullrod-based Minardi in 2001, has now switched to McLaren but Autosprint reports that Ferrari is not therefore reverting to the more conventional pushrod system for the 2015 car, codenamed '666'.

Correspondent Roberto Chinchero said: "Raikkonen has complained constantly about a lack of precision at the front, which is a characteristic of the pullrod suspension.

"And the Finn's style is not so different to that of Sebastian Vettel, who also thrived with a precise and responsive front end," he added.

But Raikkonen said recently he is not expecting to struggle this year like he did in 2014, even though most teams are simply evolving their cars for the second season of the all-new rules.