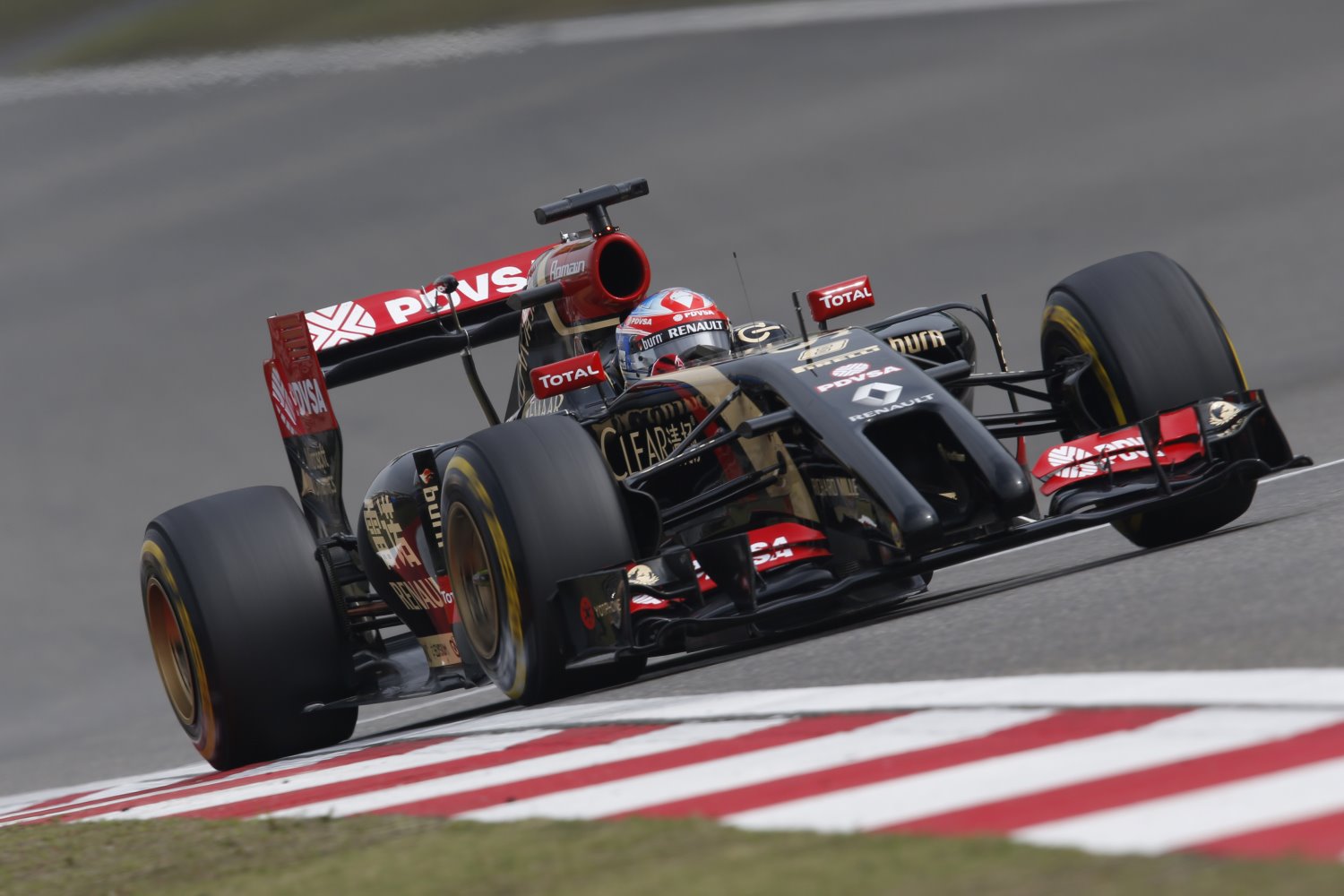 UPDATE A long time ago, it was Toleman. Then Benetton. In the early part of the new millennium, the French Renault car company made it a works team, which it won two titles in 2005 and 2006 with Fernando Alonso. Then without warning, a controversial move by then manager Flavio Briatore caused it be penalized by the FIA, which resulted in sponsors on the squad to leave. By 2010, the team was sold to Luxembourg financial company Genii Capital, which a year later, got permission to call it Lotus. After all these seasons, this current team has had more controversies than any other squad. So why is it not surprising that it could fold by the end of the year?

Just two years ago, the team had such characters as Kimi Raikkonen and director Eric Boullier. But at the conclusion of the 2013 season, Raikkonen left suddenly when it was revealed that he was not paid in full by team manager Gerard Lopez. The Finn gave Lopez enough time to get his payment to him, but finally settled on moving on to Ferrari, where he is today. Boullier on the other hand, was the racing director. But he too, had a feeling that the ax would drop and moved on to Ron Dennis and McLaren.

The team in 2014 had one of the worse seasons in recent memory, and even today, it is not certain whether this Enstone based team will recover, even if they have hired Venezuelan Pastor Maldonado with all his oil money and Frenchman Romain Grosjean and his Total funding. These two hirings might have even contributed to keeping the unit above water, but even with the last Renault sponsored engine saying au revoir in favor of a Mercedes one, it still remains that this is a matter of time before either someone buys them out again or everything gets closed up.

The recent season of expensive high tech hybrid engines have not only hurt the financial situation of Lotus, but also of Sauber, Caterham and finally Marussia, who have left the sport, which their factory has now been taken over by the American F1 team, Haas F1, which will debut in the sport next year.

It will remain if the above mentioned teams will keep and receive enough money for the upcoming season. If not , those along with Lotus, which has really no comparison to the Colin Chapman era team, will have a popular name become extinguished because of the inability to get more sponsors in the sport that might have one, possibly two new teams coming up in the following seasons. Beyond The Flag

On an updated official entry list for the 2015 season, the Enstone team was listed recently with a "subject to confirmation" asterisk alongside its name.

It sparked fears Lotus, whose Gerard Lopez led the angry complaints of midfield teams including Force India and Sauber late last season, could be the next to join Marussia and Caterham in serious difficulty.

But Italy's Omnicorse reports that those fears appear misguided, as the British-based team is busily "completing the construction of the first E23 chassis for next year".

"So what does the FIA's asterisk refer to?" the report said. "The answer is quite simple. Lotus has made a request to be able to make a change to its name."

Omnicorse referred to rumors that Lopez might be looking to exit F1 in the event he can recoup the investment of his company Genii Capital.

The report added: "But what is more likely is that the name change would only be the adding of a sponsor like PDVSA or Total, who are the main financiers of the two drivers Pastor Maldonado and Romain Grosjean (respectively)."