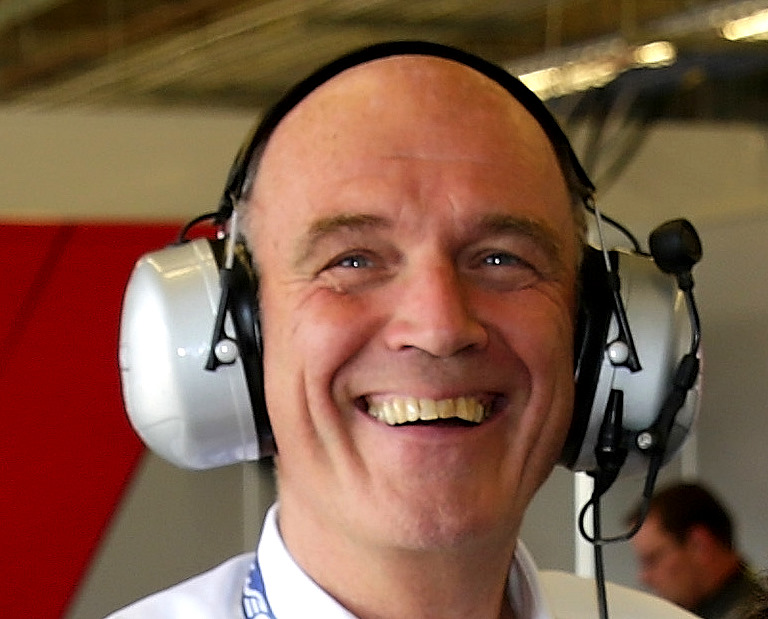 UPDATE (GMM) Audi appears to be taking more steps towards a potential F1 foray in the near future.

Rumors of a project were fuelled recently when ousted Ferrari boss Stefano Domenicali resurfaced at the German carmaker, where the Italian is reportedly conducting a feasibility study into a turbo V6 design for the VW-owned brand.

Volkswagen's brands, however, have consistently played down speculation of a F1 project, and Bernie Ecclestone said earlier this month that he thinks a foray is unlikely.

"They (VW) have been out there for long enough and haven't made a big enough effort to come in," he told Forbes' F1 business writer Christian Sylt.

12/21/14 UPDATE #3 There have been lots of rumors about Audi and Formula 1 in recent times, despite the fact that the stories are always denied and that the whisper is that the company will not enter F1 as long as Bernie Ecclestone is involved in the sport. No-one seems to know why there is an antipathy between Ecclestone and Volkswagen boss Ferdinand Piech, but it does seem that something is stopping the company entering F1, as many of the executives think it is a great idea and much better value for money than the current activities. Ecclestone is 84 and Piech 77 so perhaps at some point things will change. In the interim Audi Sport continues to quietly collect Formula 1 people to work on its programs.

Besides hiring Ferrari's Stefano Domenicali, about a year ago the company hired Gabriele Delicolli to lead its driver simulator program. He had previously been in charge of Ferrari's simulator development from 2007 onwards. Prior to that he was a race engineer at Maranello from 2001 to 2006, working with Rubens Barrichello from 2002 to 2005 and with Felipe Massa in 2006. He had joined Ferrari from Jordan where he spent a year engineering Jarno Trulli and before that three years with Sauber where he worked with Jean Alesi and Pedro Diniz. He began his F1 career in 1997 with Minardi, engineering a young Trulli, joining the team from the Alfa Corse touring car team where he started racing in 1994.

The latest Audi hiring is also interesting as the team's new Technical Director from January 1 will be Jorg Zander, who has spent the last five years running his own engineering business (called JZ-Engineering) in Switzerland. Prior to that he was the Deputy Technical Director of Honda F1 Racing and was involved in the design work of the Brawn 2009 car. Prior to that he spent two years as chief designer of BMW Sauber from 2006 to the end of 2007 and before that spent a year as chief designer at Williams. His F1 career had begun with Honda from 2002 to 2005 but prior to that he spent 11 years as a designer at Toyota Motorsport GmbH in Cologne. None of this means anything, except perhaps to show that Audi and indeed Porsche have sports car teams rich with former F1 talent. Joe Saward

Audi has said it has no plans to enter Formula 1 in 2016, despite new reports to the contrary, fuelled by the recent appointment of former Ferrari team principal Stefano Domenicali.

"There is no decision that we are going in that direction," Dr. Wolfgang Ullrich, Head of Audi Motorsport, told Autosport.

"Audi has a motorsport program that at the moment is based on the World Endurance Championship and the DTM, and we are working on the cars for next season.

"There is no other program."

He also clarified that Domenicali's new job at Audi is unrelated to motorsport.

"Inside the Audi AG, Stefano Domenicali will be responsible for the development of new business areas in services and mobility, that are complementary to the existing activities of Audi AG," the spokesman said.

"With his previous professional career, he has ideal conditions to support, in his field of activity, the successful internationalization course of the Audi AG."

Meanwhile, asked if Audi might consider Formula 1 in the longer term, Ullrich replied: "There is nothing decided."

10/27/14 This rumor is downgraded to 'false' today. Audi insist rumors linking the company to F1 are "pure speculation" and are "without any foundation."

Recently reports claimed that Audi, winner of 13 of the past 16 24 Hours of Le Mans races, were considering moving in Formula 1.

The German manufacturer would reportedly enter the circus in 2016 and were chasing Fernando Alonso to head their line-up.
Audi, though, have denied the rumors.

"Audi in Formula 1?" Audi Sport wrote on its Facebook page. "These rumors keep appearing with regularity since years.

"It's pure speculation again this time and without any foundation.

"We are committed to the FIA WEC, DTM and GT racing. In 2015 we will add the Audi Sport TT Cup to our program."

10/24/14 Rumor has it that Audi is poised to ditch endurance racing and touring cars in favor of assault on F1 from 2016.

The pre-war German domination of Formula One could soon be reborn, with Audi rumored to be readying itself for a 2016 return to Grand Prix racing. Insiders at Audi and its parent, the Volkswagen Group, have revealed that Audi is set to abandon both Germany's touring car championship (the DTM) and the iconic Le Mans 24 Hour race in favor of the world's top open-wheel formula.

Insiders say it will combine its WEC and DTM budgets, plus a Red Bull sponsorship package to try to make its mark again on Grand Prix racing, an arena it hasn't entered since the advent of the modern Formula One championship in 1950. Multiple sources have also confirmed that Audi will bow to internal Volkswagen Group pressure and leave the Le Mans and World Endurance Championship to its sister brand, Porsche.

It's understood that Audi was close to entering F1 in 2013, and was the driving force behind the sport's aborted plan to use four-cylinder turbocharged engines. At Audi's urging, the FIA's World Motor Sport Council proposed, in late in 2010, to turn F1 into a four-cylinder turbo formula. Audi back flipped on joining the sport, though, and the F1 Commission changed the engine formula to turbocharged V6. Insiders insist Audi and the Volkswagen Group have now been working on a 1.6-litre V6 turbo Formula One engine since early this year.

While it will contain the engine and electric hybrid development in-house, Audi is said to prefer buying an existing Formula One operation, rather than building up an F1 operation from scratch. Either Red Bull Racing or its Italian-based development team, Toro Rosso, are understood to be the prime targets, citing Audi's (and Volkswagen Group chairman, Ferdinand Piech's) historic links to Austria and its close relationship with Red Bull boss, Dietrich Mateschitz. Red Bull has long been the major sponsor of Audi's leading team in the DTM.

Giving fuel to the Formula One leak is Audi's hiring this month of former Ferrari Formula One team principal Stefano Domenicali. The Italian Domenicali has no experience of Le Mans-style sports cars, has no experience of touring car racing and does not even speak German. The sources are insistent that Formula One is only possible reason why Audi, which is the successor of the legendary pre-war Auto Union brand and carries its four-ringed badge, would have just hired the Italian, even under the temporary pretense of a non-racing role.

In terms of drivers Fernando Alonso, the double World Champion who is leaving Ferrari this year, is a potential target, Should he not sign with McLaren-Honda for 2015, may be forced to take a sabbatical year in 2015. Alonso has a close relationship with Domenicali, having driven for him at Ferrari for several years, and could return to his team leadership via Audi in 2016.

A successful return to the top level of motorsport by Audi could spark a head-to-head rivalry with Mercedes-Benz that has lain dormant since the beginning of WWII, with the final years before the war seeing the two state-sponsored car companies dominate racing and land-speed record runs across Europe.

Audi's departure from Le Mans will end an extraordinary period of dominance at La Sarthe. It has won the round-the-clock classic 13 times since 2000 and was beginning to threaten Porsche's record of 16 wins. It has been genuinely beaten just once since 2000 (by Peugeot in 2009) and became both the first marque to win Le Mans with a diesel-engined car and the first to win with a hybrid. Auto Express