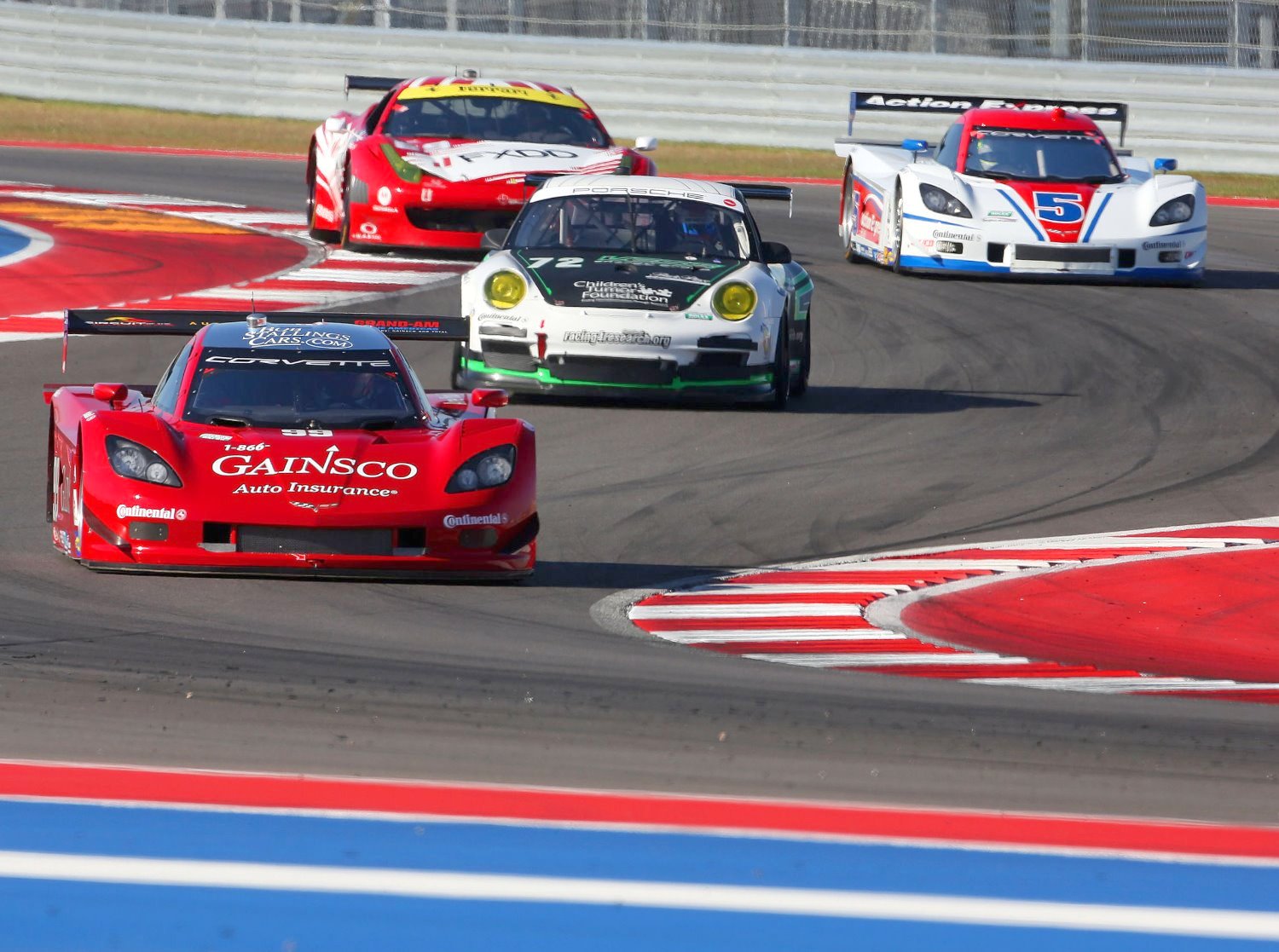 The Red Dragon returned to Victory Lane in the GRAND-AM Rolex Sports Car Series after a long absence Saturday. Jon Fogarty and Alex Gurney won the GRAND-AM of The Americas Presented by GAINSCO and TOTAL in their No. 99 GAINSCO/Bob Stallings Racing Corvette DP in an unpredictable race on the 3.4-mile Circuit Of The Americas.

The pole-winning car led the final seven laps – its only stint out front – as Fogarty and Gurney won in the Rolex Series for the first time since late 2011. The GAINSCO/Bob Stallings crew appeared destined for a runner-up finish until Brendon Hartley in the leading No. 8 Starworks Motorsport Ford/Riley made contact with a GT car and stopped off circuit.

Gurney was one of the first drivers to make his final pit stop, which came 20 minutes before the race’s last full-course yellow. As each of the cars in front of Gurney pitted, he moved up to second at the restart.

“It’s great to be back," Gurney said. “We finished second quite a few times last year, and man, what a day! We pushed it so hard the whole way. It was an incredible battle at the end with [Ryan)] Dalziel and [Scott] Pruett, and it feels amazing to hold them off. We had 500 GAINSCO guests today, and we created 500 new racing fans. They were all going crazy."

Dalziel and Alex Popow were second in the No. 2 Starworks Ford/Riley. Championship leaders Pruett and Memo Rojas were third in the No. 01 TELMEX Target Chip Ganassi Racing BMW/Riley.

In GT, Bill Auberlen went from 12th to a class victory in Turner Motorsport’s No. 94 BMW M3. He and Paul Dalla Lana capped a remarkable day after winning in the Grand Sport class of the Continental Tire Sports Car Challenge on Saturday morning. They are the only drivers to win races in both series on the same day, having previously accomplished the feat in 2011 at Homestead-Miami Speedway.

In the Rolex Series race, they came from two laps down after an early spin on the uphill run to Turn 1.

Auberlen made what turned out to be the winning pass with seven minutes left when he got around Andy Lally in the No. 44 Magnus Racing Porsche GT3 Cup. Alessandro Pier Guidi in the No. 63 Scuderia Corse Ferrari 458 crossed the finish line first in the GT class but was assessed a one-lap, plus 90-second penalty after the race for avoidable contact with Lally five minutes from the end.

“I didn’t see what happened with Andy and the Ferrari, but it slowed Lally down and he came back to me," Auberlen said. “I had a move ready and I put it into action. It got tight, we bumped a few times and ran out a few times. Andy got mad, and I apologize if he felt I did him wrong, but I don’t race dirty. This was a great win for Turner. This team is good enough to win races, so there’s no reason we shouldn’t try to win everything we get our hands on."

Lally and John Potter were second, and the No. 59 Brumos Racing Porsche GT3 Cup of Andrew Davis and Leh Keen finished third.

BGB Motorsports won in GX with drivers Dr. Jim Norman, Jeff Mosing and Spencer Pumpelly. The trio led all but 12 laps of the race, and Norman was two laps clear of Sylvain Tremblay in the No. 70 Speedsource Mazda 6 GX at the checkered flag. Tremblay, who drove with Tom Long, lost time with a fuel line issue.

The next Rolex Series race is the Porsche 250 at Barber Motorsports Park in Birmingham, Ala., on Saturday, April 6.