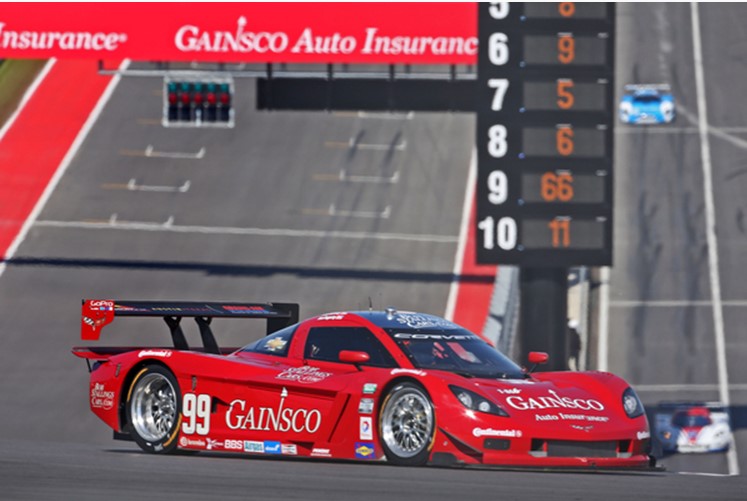 Jon Fogarty showed why he is the top qualifier in GRAND-AM Rolex Sports Car Series history on Friday, waiting until his final lap to capture the TOTAL Pole Award for Saturday’s GRAND-AM of The Americas presented by GAINSCO and TOTAL.

After hanging back for much of Friday’s 15-minute Daytona Prototype qualifying session, Fogarty unleashed the Dallas-based No. 99 “Red Dragon" GAINSCO Auto Insurance Corvette DP with a lap of 2:00.179 (101.848 mph) on the 3.4-mile Circuit of The Americas – extending his record to 24 career poles.

“This is a new circuit, and a clean slate for everyone," said Fogarty, who co-drives with Alex Gurney. “It’s a testament to the hard work by everyone on the team. I took it easy early in the session. I wanted to get out in front at the start, but when I didn’t, I fell back. Then I couldn’t find a good place, I kept being caught in traffic. I was running out of time before I finally got a clean lap – just as the tires were coming up to temperature. It was a close call.

“I think everybody is still exploring setups and aero configurations that are good for ultimate lap time," Fogarty said. “So I expect to see a very exciting race. I really have no predictions. I feel as if our car has been strong in every session, not necessarily the strongest in any one section of the track, and it is really kind of anybody’s bet… other than the fact that we are going to win!"

Jordan Taylor qualified second in the No. 10 Velocity Worldwide Corvette DP co-driven by Max Angelelli with a lap of 2:00.039 (101.797 mph). Reigning Rolex Series co-champion Memo Rojas will start third in the No. 01 TELMEX BMW/Riley, qualifying at 2:00.289 (101.755 mph). Rojas and co-driver Scott Pruett are seeking their fourth consecutive DP championship this season.

Dr. Jim Norman followed up his GX class victory in the Rolex 24 At Daytona by winning his first career pole, running 2:21.682 (86.391 mph) in the No. 38 BGB Motorsports Porsche Cayman. He will partner with Austin resident Jeff Mosing.

Scott Maxwell. He will share the front row with Lawson Aschenbach, who ran 2:20.938 in the No. 01 CKS Autosport Chevrolet Camaro co-driven by Eric Curran.

Austin-based CJ Wilson Racing’s Chad McCumbee captured the Street Tuner pole with a last-lap flyer of 2:28.322 in the No. 5 Mazda MX-5 co-driven by Jason Saini. It was the first career pole for both the team and McCumbee, a veteran of NASCAR Camping World Truck Series and ARCA Series competition. Another second-year driver, Corey Fergus, qualified second in the No. 197 RSR Motorsports/Cruise America Honda Civic, 2:28.