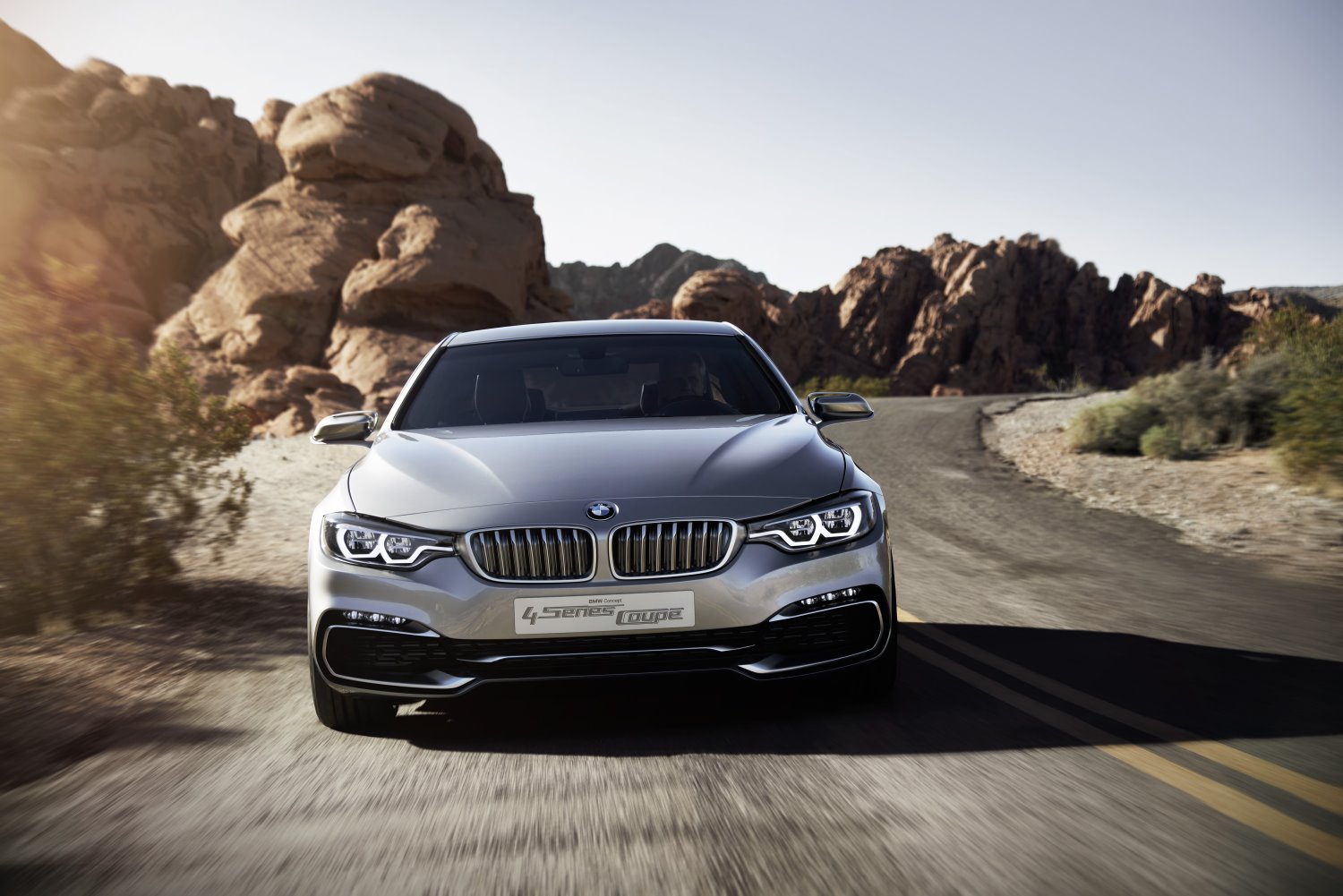 On Wednesday, the company released the first concept images of what will be the BMW 4 Series coupe when it comes to market in 2013.

The latest generation of the BMW 3 Series Coupe and Convertible leads the way worldwide in the premium mid-range coupe and convertible market. Indeed few, if any, rivals have made such a defining impact on this segment in terms of design, dynamics and efficiency.

Now, with the unveiling of the BMW Concept 4 Series Coupe, BMW is looking ahead to the fourth generation of its sporty mid-range coupe – and reasserting its global leadership credentials in the process.

The BMW Concept 4 Series Coupe adds a new dimension to the qualities of the BMW 3 Series Coupe in terms of aesthetics, dynamics and elegance.

The “4" doesn’t just mark the start of a new cycle, it represents the zenith of a development curve. BMW has given the new model its own individual character and a standalone design – and, in so doing, has turned “4" into segment shorthand for aesthetic and dynamic appeal. The latest addition to a nomenclature that sees BMW building on the fine tradition of its large BMW 6 Series and BMW 8 Series Coupes, the “4" stands for greater sportiness, greater exclusivity and even clearer differentiation from the BMW 3 Series range.

The design: a development curve reaches its zenith.

The BMW Concept 4 Series Coupe allows the driver to experience the essence of this new, sporting and elegant generation of car in the lap of contemporary luxury. An array of high-quality details provide an exclusive showcase for the car’s perfectly balanced coupe proportions. Inside, the expertise of BMW Individual, skilled handcraftsmanship and carefully selected materials combine to create a supreme interior. The role of BMW Individual in the BMW Concept 4 Series Coupe’s development clearly underlines the brand’s commitment to challenging itself constantly in pursuit of perfection.

Lower and wider stance sharpens dynamics before a wheel is turned.

The dimensions of the BMW Concept 4 Series Coupe imbue the car with a dynamic presence even when it is standing still.

Though the car is entirely based on the latest generation 3 Series, BMW will now put the sportier coupe and convertible versions under the 4 Series banner.

Thus you should expect a base 428i to have the sedan's 2-liter, turbocharged inline four-cylinder engine making something in the neighborhood of 240 horsepower. It will be paired with an eight-speed automatic transmission or a six-speed manual.

The faster 435i will likely have BMW's 3-liter turbocharged inline six-cylinder engine making around 300 horsepower and mated to your choice of the aforementioned transmissions.

While the 4 Series may share its underpinnings with the 3 Series sedans, aesthetically there's plenty of differences to keep coupe buyers feeling special. Some elements of this concept version of the 4 Series Coupe won't make it to production; the wide-mouth openings at the bottom of the front and rear bumpers will likely be toned down.

A BMW Coupe is surrounded by a halo of fascination, and one glance tells the observer all he needs to know about the driving experience on offer. The elegant lines and athletic surface interplay of the BMW Concept 4 Series Coupe embody the qualities and expertise of BMW design and shine out through its sporting silhouette. The car’s proportions also fit the familiar BMW template: its long wheelbase, long sweeping bonnet, set-back passenger compartment and short overhangs propel the BMW Concept 4 Series Coupe forwards even before its engine stirs into life. At the same time, its stretched proportions exude a very athletic elegance – the rear wheel arches mark the widest point of the car, emphasizing the point – and taut lines and surfaces etch emotion and precision into the body. The Coupe’s sophisticated detailing also captures the imagination on closer inspection. Functional elements such as air intakes and vents, door openers and exterior mirrors are given a stylistic lift by classy satin-finish aluminum accents. The exceptional dedication of the designers in achieving the right look for each particular function is evident in every one of these details.

But the overall shape of this concept will remain on the production model, a very good thing given that this is a much more seductive interpretation of BMW style that the 3 Series sedan. The coupe stretches the sedan's wheelbase by almost two inches and the car's front and rear track are each wider.

The proportions of the coupe give it more elegance; the hood appears longer and car's rear window and roofline curve down gently to a short trunk lid.

Meanwhile, the headlights and taillights are unique to the 4 Series and are sleeker and more expressive than the 3 Series.

If the design of this new 4 Series Coupe appeals to you, there will be several subsequent variants to choose from. In addition to a convertible, expect an X4 crossover, a four-door 4 Series coupe, and a fire-breathing M4..