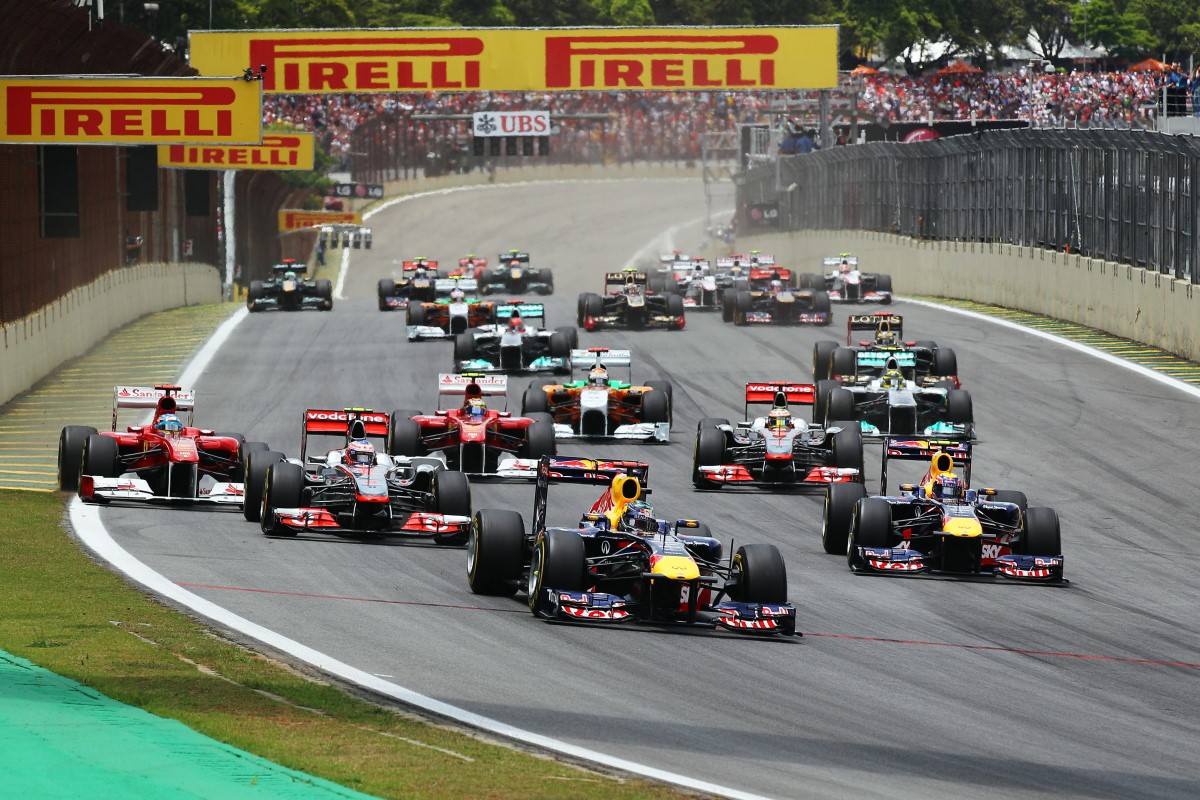 After nine months the 2012 FIA Formula One World Championship will finally reach its scintillating conclusion at the Brazilian Grand Prix. With the constructors’ title already secured by Red Bull Racing-Renault, the drivers’ crown will be decided this race between Red Bull Racing’s Sebastian Vettel and Ferrari’s Fernando Alonso.

The final race of the year will be held at the 4.309km Autodromo Jose Carlos Pace in Brazil’s largest city, Sao Paulo. The narrow track hugs the contours of the natural amphitheatre in which it is set, sweeping its way up and down in a series of off camber corners, radial turns and tightening bends.

Interlagos has the highest altitude of the year, an average of 800m above sea level. As the altitude increases the air pressure drops and the air is thinner with a lower oxygen content. With less oxygen available for the fuel to burn, power output drops. For every 100m the engine loses around 1% of its potential power output, meaning the RS27 will produce around 8% less power than at a sea-level race such as Korea.

In addition to the high altitude, the rise and fall of the local topography gives a total elevation change of 150ft over the course of a lap. Correspondingly the local ambient pressure varies by approximately 5 mbar so the engine will require approximately 0.5% less fuel at the peak of the circuit than at the lowest point.

Interlagos has however one of the lowest fuel consumption rates per kilometer due to the high altitude and lower air density so a lower fuel level may also be used to achieve the optimum air-to-fuel ratio.

The weather over the weekend is scheduled to be wet, which will affect the power settings available to drivers as the high water content in the air will again reduce the amount of oxygen available to burn. To combat any further loss of power, engineers may use richer engine and fuel mixes. There are fewer risks involved in doing this at Interlagos than normal since the lower ambient pressure gives the internals of the engine an easier life.

There have already been several off camber corners this season where the lubricants are ‘squashed’ to one side, but there are no more obvious examples of this phenomenon than the first corner of Interlagos, the Senna S. This off camber left hander drops sharply downhill, putting the cars an angle of approx 30Â°. Higher fuel and lubricant levels may be used to safeguard against any momentary stall as the fluids drop suddenly to one side of the tank, and fuel collectors are often designed with this corner in mind as it is the most severe of the season.

Interlagos is the bumpiest permanent track of the year due to the intense weather conditions, relative lack of use and location. The large bumps can make the car temporarily ‘take off’. Even if it’s just for a second, with no load running through the wheels the engine suddenly hits the rev limiter, which puts the internal parts under huge stress.