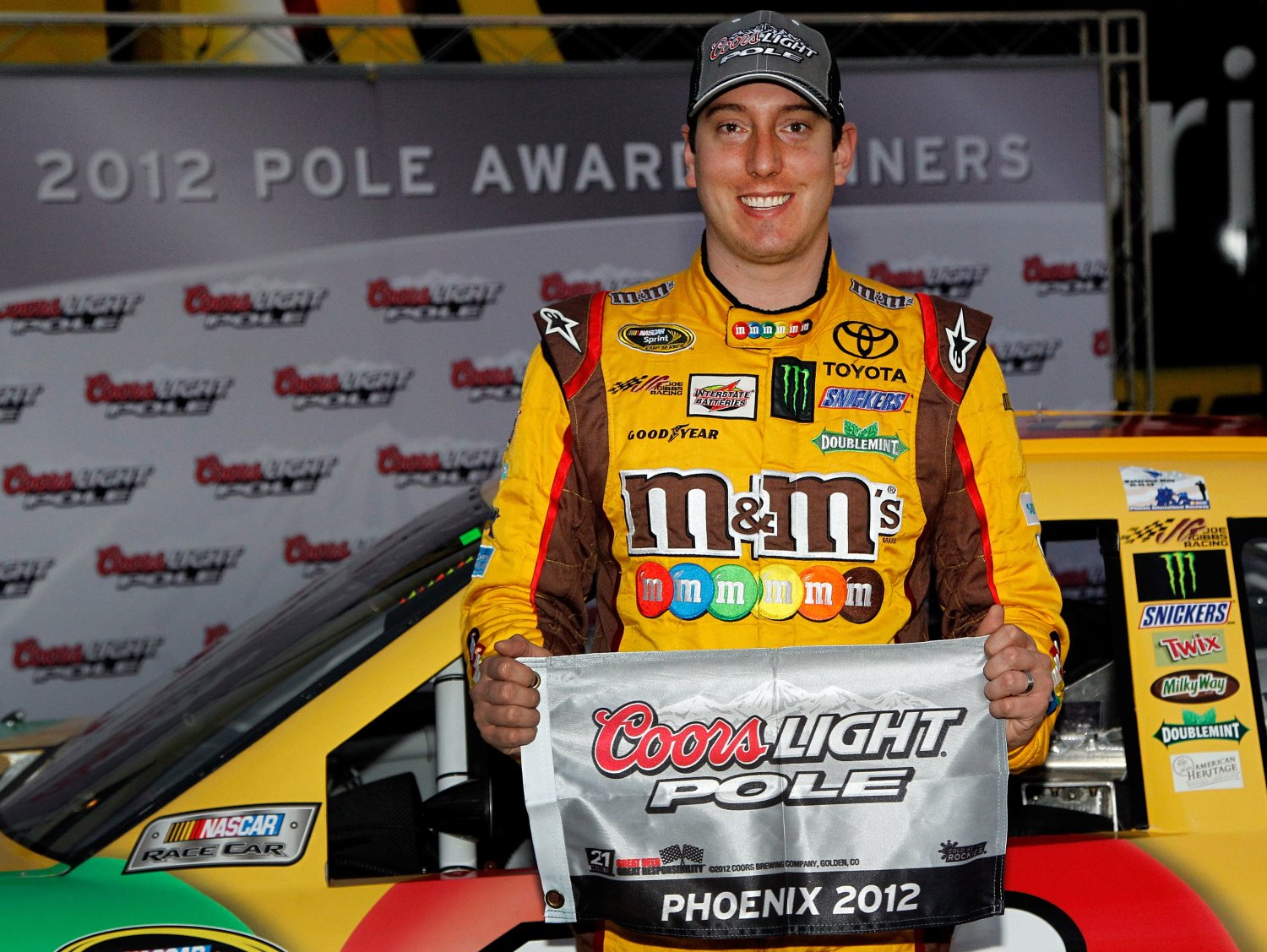 In the same qualifying session, Jimmie Johnson gave Brad Keselowski a ray of hope on a day that grew increasingly cloudy as time trials progressed.

With an early draw on a warmer track — thanks to a slower speed in Friday's practice (speeds), Johnson, the Chase for the Sprint Cup leader, ran 135.440 mph and will start 24th on Sunday. Johnson holds a seven-point lead over second-place Keselowski with two events left in the Chase.

Keselowski (136.622 mph) will take the green flag in 14th place on Sunday. Johnson, who won the past two Chase races from the pole, posted his poorest qualifying performance since starting 37th at Bristol in August, 11 races ago.

Busch was the last driver to make a qualifying attempt, and the late draw helped. Busch made his run on scuffed tires — those used during a mock qualifying run in practice.

"For us, the race track wasn't that bad," Busch said. "Yeah, it was really slick to start with when we first went out for practice earlier [Friday], but we were fast right off from our first mock run. We just had to make slight changes.

"We made three of 'em [mock runs]. We used three set of stickers [new tires] all in practice, and we ended up rolling out [for qualifying] on one of our used sets of scuffs and made our lap."