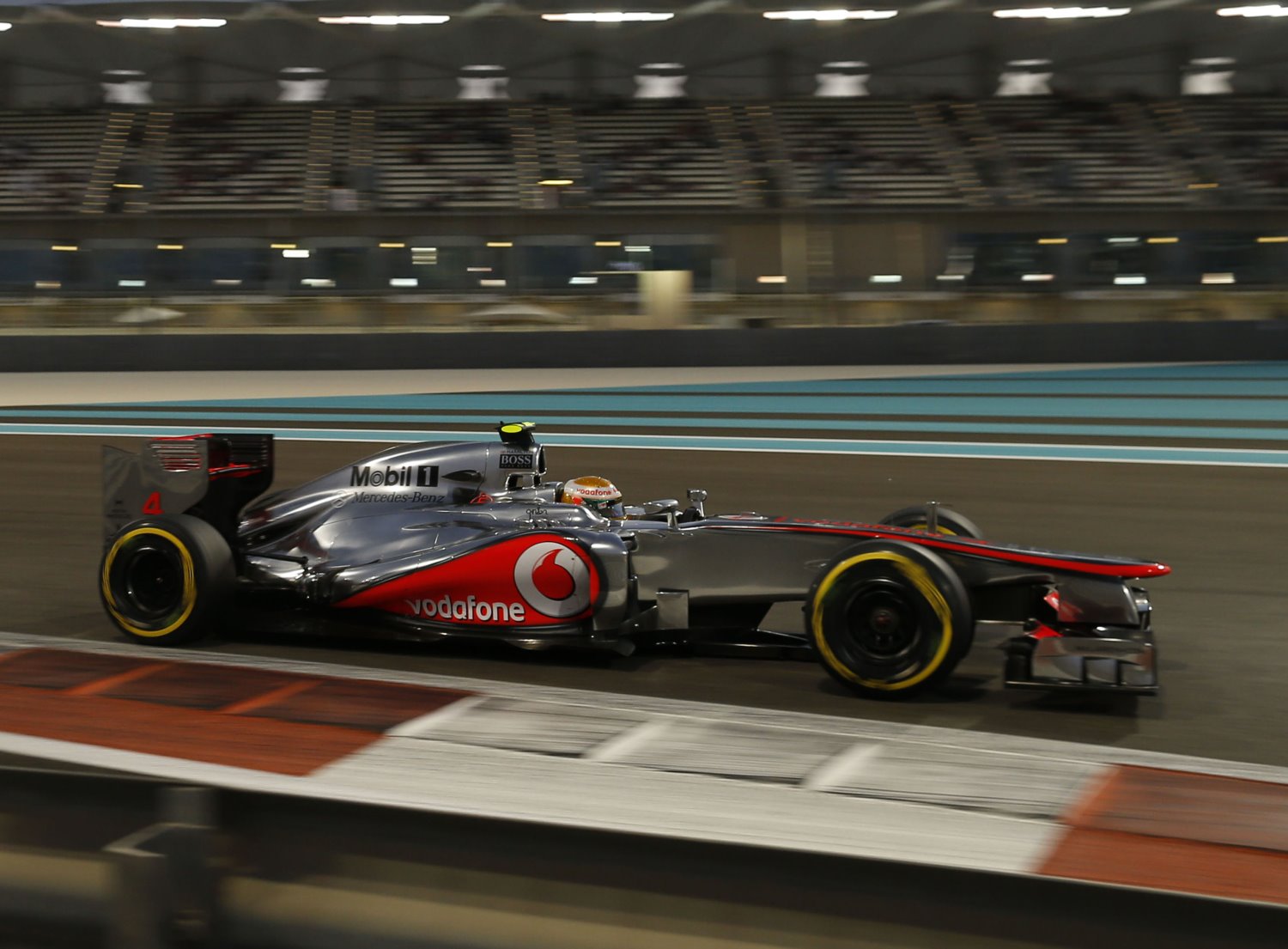 Sebastian Vettel's run of superb form came to a grinding halt in Abu Dhabi on Saturday.

Crucially, the championship leader is ahead of his title rival Fernando Alonso on the grid, enquiring of a reporter immediately after qualifying third: "Is he (Alonso) sixth?"

But it has been far from smooth sailing in the desert heat.

Red Bull is struggling to keep up with pole sitter Lewis Hamilton's McLaren, and Vettel was also outpaced on Saturday afternoon by his own teammate, Mark Webber.

Earlier, Vettel was stuck in the pits in the important third practice session with a serious brake problem, and right at the end of qualifying, he pulled to the side of the track.

Team boss Christian Horner revealed that engine, KERS and alternator supplier Renault ordered the stoppage, but paddock speculation suggested Vettel may have simply run out of fuel — which will send him right to the back of Sunday's grid.

"There was a request (from Renault) but at the moment I don't know why," Horner told the BBC.

It should be noted that Renault's problems with its 2012 alternators have been well documented this year, and the French marque's Remy Taffin confirmed in Abu Dhabi that an all-new specification will not be ready to debut until Austin.

"That's the work we've achieved so far, that's where we are," he said on Friday.

Technical troubles aside, Vettel is the championship contender looking most under pressure in Abu Dhabi, with commentators saying he made more mistakes on Saturday than he has for several entire race weekends.

Asked on Saturday about Vettel's problems in Abu Dhabi, Ferrari's Alonso admitted: "In terms of our championship hopes, it always helps.".