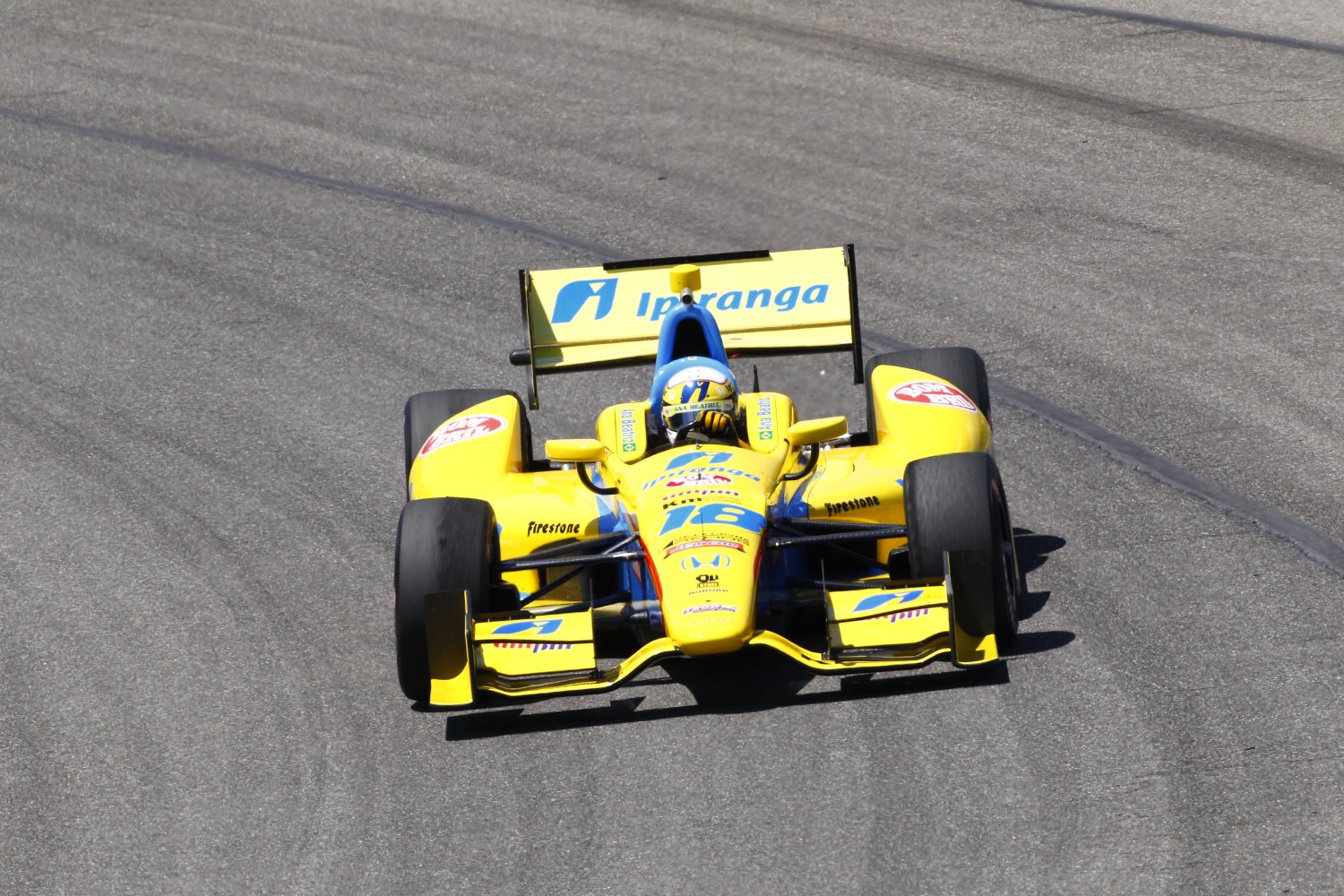 The Verizon IndyCar Series recently announced they will be returning to Brazil in 2015, with a race at Autodromo Internacional Nelson Piquet in Brasilia. And just as AutoRacing1 rumored that former IndyCar driver Vitor Meira may be competing in the event, AR1's Brazilian sources are telling us Ana Beatriz may be running not only the Brasilia round, but quite possibly the Indianapolis 500 as well.

A two-time Indy Lights Presented by Cooper Tires, 'Bia', made 29 IndyCar starts from 2010-2013. She scored a best finish of 11th at Toronto in 2011 with Dreyer and Reinbold Racing. Her most recent IndyCar race was at Iowa in 2013, when she finished 22nd driving for Dale Coyne Racing. During 2014, Beatriz has been running Stock Car Brasil, and currently sits 29th in the standings.

And who might Bia drive for next year at Brasilia and Indy?

We don't know for sure, but remember Beatriz did run the 2012 Indy 500 for Andretti Autosport Conquest Racing, as the Dallara she ran was owned by Eric Bachelart and Conquest Racing. Also, recall, AR1's exclusive rumor about Conquest Racing possibly the 2015 Indy 500 from the recent Dallara IL-15 Indy Lights Presented by Cooper Tires test at Indianapolis Motor Speedway. Could Beatriz and Conquest possibly be partnering again, maybe in conjunction with an established team?