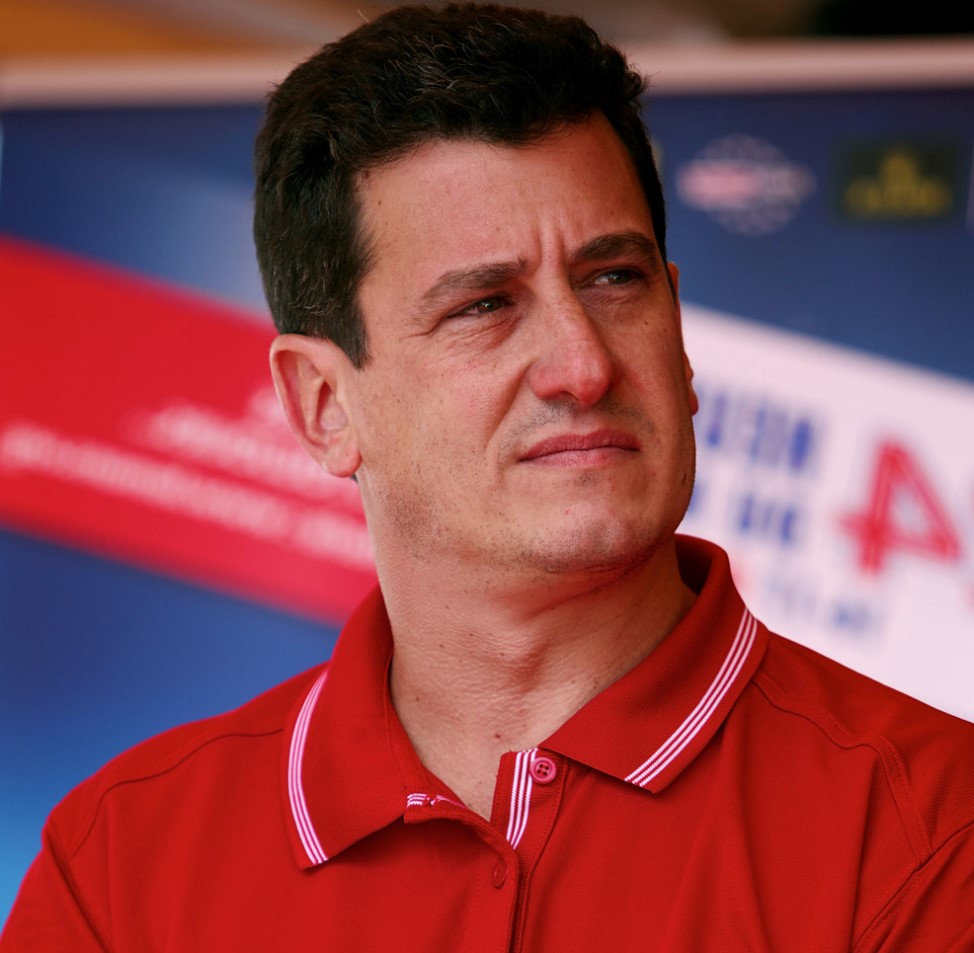 UPDATE #2 This rumor is now 'fact'. In an expansion of its newly-established young driver academy, 8Star Motorsports has committed to an order for the new Dallara IL-15 open-wheeler for its 2015 campaign in the Indy Lights Series Presented by Cooper Tires.

Sanctioned by IndyCar and operated by Andersen Promotions, Indy Lights is the final stage of the Mazda Road to Indy driver development program – a three-phase ladder system that includes the Cooper Tires USF2000 Championship Powered by Mazda and the Pro Mazda Championship Presented by Cooper Tires.

The Cooper Tires-backed Indy Lights Series is set to undergo significant changes in 2015, with the advent of the Dallara IL-15 open-wheeler. The new chassis, tire and engine formula has been created to enhance the growth and value of Indy Lights and a top priority for the series is to provide a cost-effective platform for teams, drivers and partners.

"I am extremely pleased to have a high-caliber organization such as 8Star Motorsports joining our series. Enzo (Potolicchio, 8Star team owner) and his team have achieved much success in the sportscar ranks, and we know they will bring a top-level program to Indy Lights," said Dan Andersen, owner and CEO of Andersen Promotions.

"8Star has placed an order for our first Indy Lights car. It will be among the first batch of ten cars from Dallara due to be delivered mid-November and the 8Star team will evaluate drivers at the first official Indy Lights test at Sebring in December," said 8Star Motorsports Team Manager Gary Neal. " 8Star Motorsports’ 2015 plan is to run a two-car Indy Lights program and expand its successful TUDOR United SportsCar Championship Prototype Challenge campaign from one to two entries, based on customer interest. Also, under current evaluation is a P2 program. Several parties are working to unite their efforts for a solid attack on the 2015 TUDOR Championship."

After 8Star Motorsports announced its intentions to run in the Indy Lights Presented by Cooper Tires, the team is close to a decision to determine whether it will pull the trigger.

Team principal Enzo Potolicchio has meetings this weekend in anticipation of a decision next week, as the team plans to place a deposit on two of the new Dallara IL15 chassis.

One of the cars would be for rising American star Sean Rayhall, who currently serves as one of 8Star's drivers in the TUDOR United SportsCar Championship Prototype Challenge class (with Luis Diaz for sprint races).

"We didn't want to join before because of the old car, as it was due to be changed," Potolicchio told MotorSportsTalk. "We were very excited, it's an attractive package and the AER engine looks nice and reliable. We want to come in now and there's a new baseline. We have IndyCar experience from our team manager (Gary Neal) and engineer (Yves Touron), so we know what we need to do be competitive. We're working with one driver really hard to support him as the next American superstar. He can be a title contender. We really believe in him."

"We registered as a team, we were at Indy looking at the test. Very excited," he said. "Next week we will make a decision after meetings. A lot of interest. We've been approached with a lot of people. We can do the job and be competitive. Good name, good brand in sports cars."

An Indy Lights program would be the first of a multifaceted open-wheel platform the team looks to develop in the coming years.

"We had to align some other things and make a decision next week and place a deposit. Likely 15 (cars) first race but there's a lot of work and lot of development to be done. No weather issues, close tracks in Florida so we can test the right way," he said.

"To be a successful team we can't concentrate on just one series. We need multiple, and we need to do IndyCar and Indy Lights. We want to be in Indy 500 eventually and Indy Lights is the first step."

8Star Motorsports plans to continue in the TUDOR Championship with a customer Prototype Challenge program and a potential P2-spec car to run in Prototypes.

As for Rayhall, running in Indy Lights would be a return to his roots.

"There's meetings and steps in the right direction to do Indy Lights, with long races in the NAEC," he said. "It would be a return to my roots after Skip Barber, there's guys like Josef Newgarden and Conor Daly that I know.

"It's just taken the right people and the right funding to make it happen. Now I have that with Enzo and 8Star," he added. "I had to take a stock car detour but I want to get back into it. I'm pushing hard to make it happen with the people around me." MotorSportsTalk

08/11/14
Buoyed by the success of its sportscar program in the United States and around the world, including class victories in the Le Mans 24 Hours and FIA World Endurance Championship (WEC), plus strong showings in this season’s inaugural Tudor United SportsCar and IMSA Prototype Lites Championships, 8Star Motorsports is set to announce a 2015 campaign in the revamped Indy Lights Series with the all-new Dallara IL-15.

Team Owner and successful racer Enzo Potilicchio has already established a “stairway of talent", with young drivers such as Sean Rayhall learning their craft and moving up the ranks in the junior IMSA Lites sportscar category to the TUDOR United SportsCar Championship, in both the Daytona Prototype (DP) and Prototype Challenge (PC) classes.

Potolicchio is keen to extend his young driver academy by bringing on more young, talented drivers who wish to pursue a career in single-seaters, saying: “It’s a natural step for 8Star Motorsports, which has the expertise and state-of-the-art facilities to extend its operation. And with the new Indy Lights cars coming for 2015, this is a perfect time for us to take up the challenge. We will be searching for young drivers focused on the road to the IndyCar Series and will be looking for drivers from both Europe and Asia who are wanting to build a career in the USA, as well as providing opportunities for North and South American racers to familiarize themselves with the Indy ladder. Of course, it goes without saying that 8Star will provide a completive package for talented drivers wherever they come from."

8Star Motorsports Team Manager, Gary Neal, thinks the new Indy Lights car is a viable alternative to GP2 or World Series by Renault (WSR) for drivers moving up from Formula 3 or GP3, or those looking for a change of direction.

Neal said: "Formula 1 is such an unachievable dream for so many these days, whereas IndyCars is much more achievable in terms of budget and opportunity. The new Indy Lights program offers drivers a real shot at the big time and a sustainable career."

With a cutting-edge facility in Pompano Beach, Florida and staff who boast a wealth of experience in F1 and IndyCars, 8Star Motorsports offers the perfect environment for driver development, as well as ample winter year-round testing opportunities in the agreeable Florida climate.