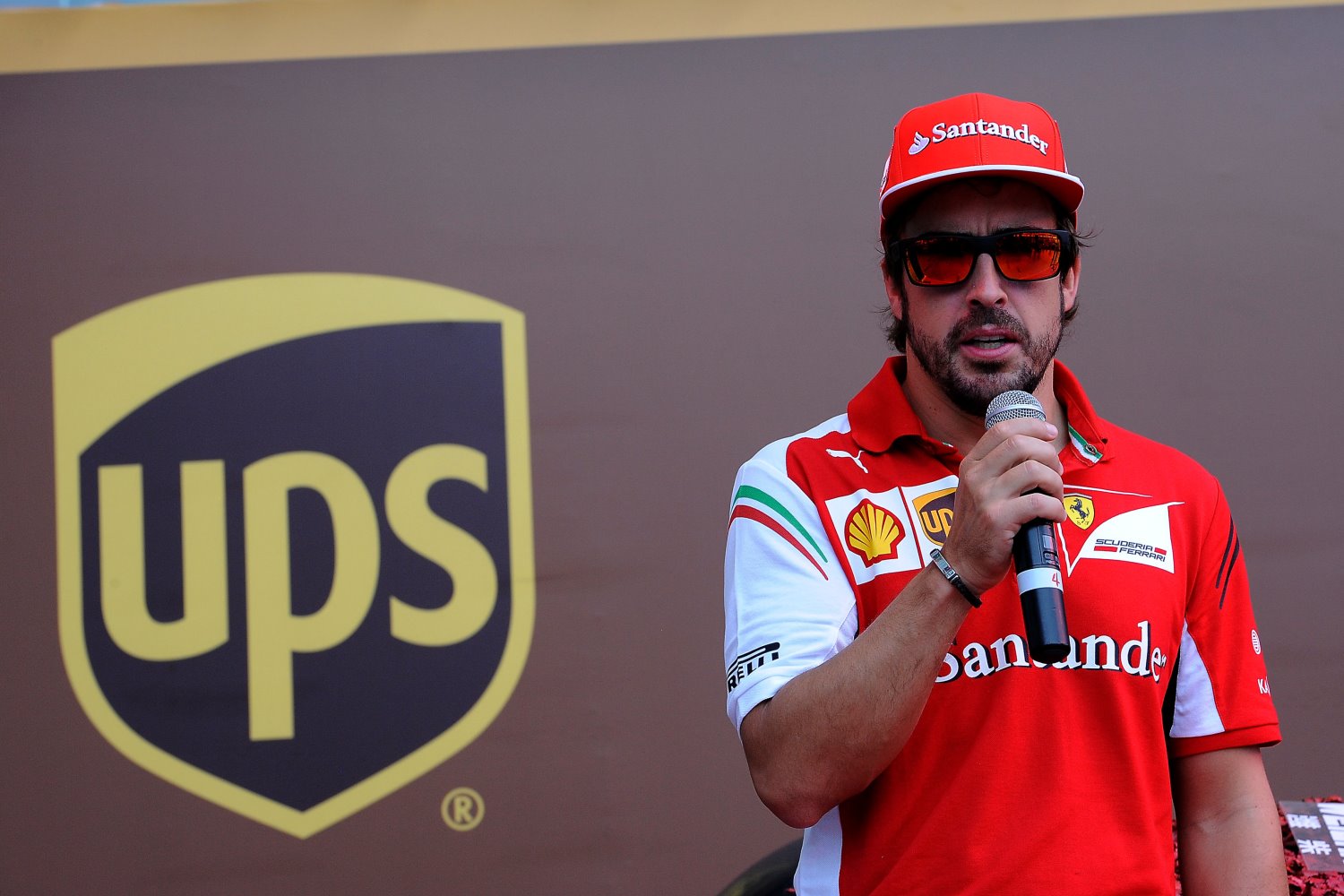 UPDATE Honda are reportedly willing to fork out 30 million euro to get Fernando Alonso out of his Ferrari contract and lure him to McLaren.

McLaren Group CEO Ron Dennis has openly admitted that he would love to re-sign Alonso for the 2015 season when their partnership with Honda comes into effect.

Despite constant denials from both Ferrari and Alonso that the two-time World Champion will remain at Maranello next year, the Spaniard's future remains one of the most-talked about subjects in the paddock.

The frustrations, though, are getting to Alonso and he lashed out in Singapore over the weekend, saying: "Sometimes it's sad when it comes from Italy, or they create these rumors for some strange purpose which is not helping Ferrari, which is why we're all here."

The speculation, though, only increased after his comments and veteran F1 journalist and commentator James Allen says Alonso still hasn't decided where he will be next year, but Honda are ready to dig deep into their pockets to get him on board at McLaren.

"The McLaren Honda offer is there for Alonso if he can bring himself to work with Ron Dennis again," he wrote on blog at jamesallenonf1.com. "The Honda element is pushing hard to persuade him and it might be what swings it, but he will be concerned about the way the McLaren design office has flat lined in recent years. The arrival of Peter Prodromou from Red Bull is a positive and there are others, but 2015 pre-season testing is little over four months away and there is nothing to suggest that McLaren will be able to find 1.5 seconds in the chassis to close the gap in that time. Time is racing.

"According to Italian colleagues, Ferrari doesn't want to give Alonso some of the guarantees he is seeking and Alonso has told Ferrari he wants to leave. [Team principal Marco] Mattiacci said cryptically on Sunday night that Alonso was set to stay with the team 'for the moment'.

"Veteran F1 journalist Pino Allievi told me at the weekend that if Alonso wants to leave, with two years of contract with Ferrari still outstanding, then he has to pay â‚¬30 million. Honda would sign that off without hesitation, sources suggest."

Should Alonso move to McLaren, then Ferrari would have a vacancy next year and Sebastian Vettel's name is top of the list.

Allen added: "If Alonso takes the Honda bait can Ferrari get Vettel, who is earmarked to replace him, for 2015 or will they have to wait until 2016? Vettel's contract with Red Bull has one more year to run. Red Bull will certainly not make it easy for him to leave, he is linked with their sponsors like Infiniti, but all things are negotiable.

"Vettel, like Alonso, clearly needs a change of air, a fresh challenge. Red Bull is in the strong position of having Daniel Ricciardo ready to lead the team and Daniil Kvyat on standby. The Russian looks an outstanding prospect, it is generally acknowledged in the F1 paddock."

(GMM) Even in the midst of Fernando Alonso's anger and warnings, rumors about his future just will not go away.

Speaking with foreign-language reporters on the eve of the Singapore grand prix weekend, the Spaniard flew into a rage when faced with the latest wild speculation about his impending Ferrari exit.

Hinting that the leaks are coming from within Maranello, Alonso had said on Thursday: "If I do say something, I will do it in a few weeks time and somebody will not like what it is."

The latest are being heard from the Japanese corners of the paddock, just two weeks ahead of the country's own grand prix at Suzuka.

Suzuka, of course, is owned by the Japanese manufacturer Honda, who have been repeatedly linked with a big-money effort to sign Alonso to McLaren for 2015 as the highly-anticipated works F1 collaboration kicks off.

Speed Week reports that Japanese sources are saying Honda is prepared to 'move mountains' behind the scenes at Suzuka early next month to convince Alonso to leave Ferrari.

The report said Honda is apparently fully prepared to buy out the remainder of his lucrative Ferrari contract to make it happen.

Crisis-struck Ferrari, however, having already parted with big names like Domenicali, Marmorini and di Montezemolo in 2014, will not want to now lose Alonso.

"Without Fernando Alonso," Mercedes team chairman Niki Lauda is quoted as saying, "Ferrari would be nowhere."