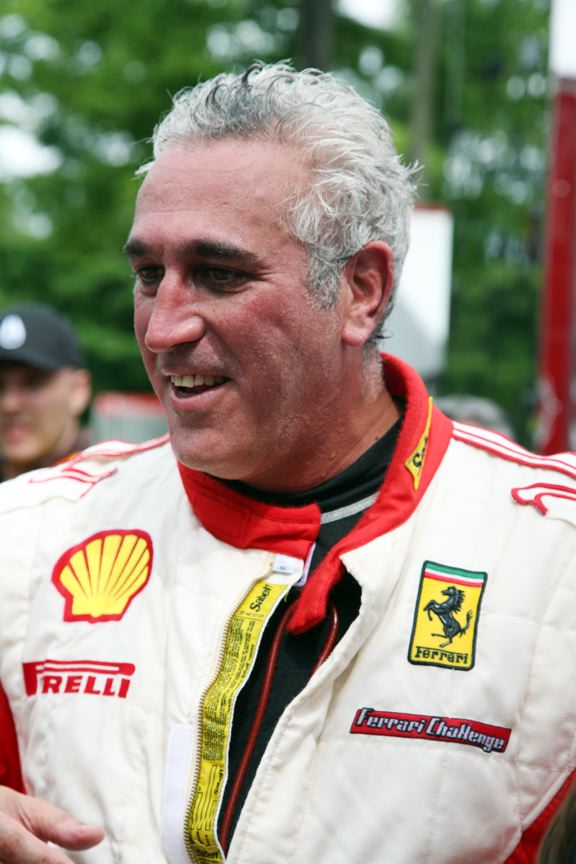 UPDATE #5 Canadian billionaire Lawrence Stroll "will invest in F1," according to Roger Benoit of BLICK. The only remaining question is "what team will receive money." Stroll "has been in negotiations with Sauber and Lotus." Stroll's most important requirement is that his 16-year-old son Lance "will receive a driver seat in either team." Former Renault boss Flavio Briatore and F1 CEO Bernie Ecclestone "advise Stroll to invest in Lotus." Former F1 driver Gerhard Berger "sees Sauber as the better investment." Stroll "himself knows that he would have more input at Sauber in terms of reorganizing the team and even regarding driver selection for '15." Sauber "is also in talks with a businessman from Singapore." Stroll "is expected to make a decision by the end of October" Blick

As reported by AR1.com back on September 8th (below), Lawrence Stroll may now have moved his attention from Sauber to Marussia.

In the paddock at Monza recently, it was strongly rumored that the Canadian fashion industry billionaire and racing enthusiast was in detailed negotiations to buy financially embattled Sauber.

Rumors quickly followed, however, that the deal had collapsed at the final hurdle.

"Lawrence Stroll received a negative response from Peter Sauber and Monisha Kaltenborn regarding his offer to take over the Swiss team," said a report by Italiaracing.

But Stroll may now be switching his attention from one embattled Ferrari customer to the next, the Italian report added.

He has close links to the Maranello marque, with his son Lance also a member of Ferrari's driver 'academy'.

09/10/14 As reported below two days ago by AR1.com, Sauber's potential sale to a Canadian billionaire could have collapsed.

It has been strongly rumored in past days that Lawrence Stroll, a fashion mogul with close links to Ferrari, could buy the financially struggling Swiss team.

"But mostly it was said in the Monza paddock that he is very close to buying Sauber," said the report.

"If the deal is not done yet it is because it is said Peter Sauber is asking for too much money."

Particularly skeptical is the closely Sauber-linked F1 correspondent Roger Benoit, who writes in Blick newspaper that "All previous attempts to buy Sauber have failed for various reasons".

But Canada's French-language La Presse thinks Stroll could be the real deal.

A man who knows him well is former Montreal F1 chief Normand Legault, who like Stroll is closely aligned with the race circuit scene in Canada — Stroll owns the Mont Tremblant track.

"He has been very close to Ferrari for years," Legault told La Presse. "He knows motor sport, the F1 paddock and Bernie Ecclestone very well.

Legault said the reports linking Sauber with Stroll "could be very credible".

But Roberto Chinchero, the correspondent for Italy's Autosprint, could be the bearer of bad news about the health of the Stroll bid.

"It seemed like the negotiations were coming to a successful conclusion," he said, "but instead everything collapsed on the eve of the Italian grand prix."

09/08/14 SPORTAL's Marco Nehmer reported Stroll, who has an estimated fortune of $2.3B and is ranked 815th on Forbes' rich list, "is currently trying to sell his shares in clothing company Michael Kors." Sauber "is struggling with on-track performance and could drop out of the top 10 in the constructors championship." This "would result in the loss of millions and dwindling competitiveness." SPORTAL

09/08/14 We are hearing that Lawrence Stroll is negotiations to buy another F1 team and may pass on Sauber.

09/08/14 Struggling Sauber's future in Formula 1 could be boosted if talks with Canadian billionaire Lawrence Stroll to buy in to the team are successful.

AUTOSPORT rumors that Stroll, who made his money in the clothing industry with Polo Ralph Lauren and Tommy Hilfiger, is interested in getting involved in F1 and has been in discussions with Sauber.

Monisha Kaltenborn, Sauber's team principal, refused to comment on the situation when asked at the Italian Grand Prix.

Stroll has a large collection of Ferraris and is a motor racing fan.

He owns the Mont Tremblant circuit in Canada, and his son Lance is a member of the Ferrari Driver Academy and races in the Italian Formula 4 championship.

If a Sauber deal is successful, it would further cement the strong links Stroll has with the team's engine supplier Ferrari – and offer an obvious place for his son's future motor racing career to develop. Autosport.com