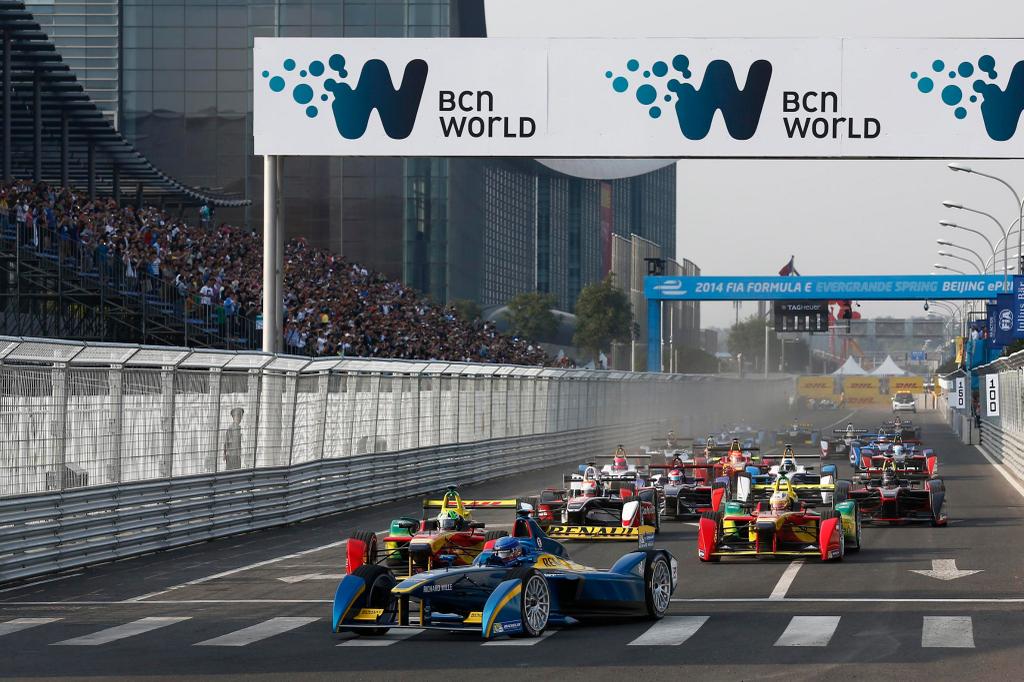 A spectacular race that went down the last corner, an enormous global audience, unique pit stops and an innovative tire solution that mirrors real world scenarios on the road – history was made this weekend at the world’s first ever fully-electric open-wheel race took place in Beijing.

Some 40 million are believed to have watched the race worldwide on television with 75,000 attending on site and one billion social interactions recorded around the race.

The race was also unique in rather than drivers and teams changing tires during the race, they actually changed cars after expending the battery capacity in their racers.

“When it comes to energy efficient tires and responsible motorsport, Michelin has emerged as a pioneer," Pascal Couasnon, Director of the Michelin Group’s Motorsport Department said.

“This new race series is valued by Michelin through the fact that that it introduces a new form of power and it will bring the sport to city centers. We will use our expertise to provide the competitors in this highly innovative new championship with new Michelin tires engineered to bring out the very best out in these cars.

“The FIA Formula E Championship is a perfect showcase for the Michelin Total Performance concept which consists in working simultaneously on all the factors that contribute to tire performance, including those commonly believed to be irreconcilable."

Brazilian Di Grassi stole victory in Beijing after race-leader Nicolas Prost (e.dams-Renault) and Venturi’s Nick Heidfeld touched on the final corner of the final lap in the battle for the lead, sending Heidfeld into a spectacular crash which he walked away from unharmed.

“Two years ago the FIA had a vision of creating a championship which has close racing, entertainment and sustainability at its heart," Alejandro Agag, CEO of Formula E said.

“This weekend, that vision became a reality. To see 20 fully-electric cars racing towards the first corner was a very special moment for me and for everyone involved. We truly believe this weekend marks a new era of motorsport that embraces sustainable mobility and we are incredibly grateful to all our investors, teams, drivers, partners, event operators, personnel, and of course the FIA, for helping us make this such a success.

“Of course, I’d also like to congratulate Lucas di Grassi on being the first Formula E winner."

“What is more important to us is that Formula E is the biggest digital race in the world with real racing. We’re proud to announce that during this ePrix we’ve had a live worldwide television audience of 40 million, 75,000 people on site and more than one billion social interactions."

Round two of the new Formula E series takes place in Putrajaya, Malaysia, on November 22, 2014.