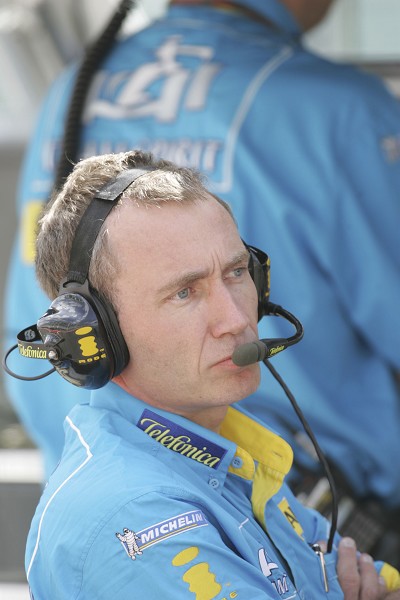 UPDATE (GMM) Reports that Bob Bell's future could be in red have resurfaced this week.

At around the same time Stefano Domenicali stepped down at Ferrari earlier this year, Mercedes technical director Bell's split was also announced.

It has been rumored Bell, with experience at running a F1 team in the wake of 'crashgate' at Renault, might succeed Marco Mattiacci as Ferrari principal.

Italy's Omnicorse reports this week that Bell has "met with Mattiacci" recently "but has not yet signed a contract with Ferrari".

09/09/14 The name of former Mercedes technical director Bob Bell has again cropped up in connection with a future role at Ferrari as Marco Mattiacci continues his restructuring program.

Speculation first linked Bell with Maranello when Mercedes announced on April 14 that he had resigned his position in December 2013, and would leave the team at the end of November. He is still employed by Mercedes, with one senior team source confirming that he is working on "non-F1 projects."

When asked by this writer a Ferrari spokesman would only confirm that new boss Mattiacci is still on a recruitment drive as he tries to bolster the team.

An aerodynamicist by training, Bell has a busy CV includes spells at McLaren, Benetton, Jordan and most famously at Renault, where he played a key role in Fernando Alonso’s 2005-6 World Championship campaigns. He was briefly team principal of Renault at the end of 2009, and later served as the team’s managing director, until he joined Mercedes.

Bell would be a good fit at Ferrari in a Ross Brawn-style technical management/overview role, especially given that he has worked with both Alonso and James Allison in the past. In such a job he could allow Allison to focus more on the car rather than organizational aspects. He would also bring with him substantial knowledge of how Mercedes developed its successful 2014 package.

Looking further ahead one could speculate that Bell could make a good team principal should Mattiacci ever be promoted to the role of Ferrari President. Having run Ferrari Asia, Ferrari North America and the F1 team Mattiacci appears to be working his way towards a position he is surely now eminently qualified to fill. Adam Cooper