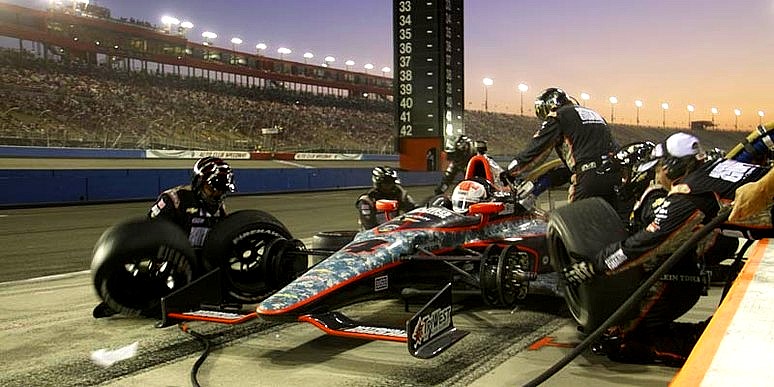 UPDATE The final race of the year should be a 400-miler on the oval at Indy to end the season. How many times does AR1.com have to say this before it sinks in to the IndyCar leadership? IndyCars race really well at Indy (recall sensational battle Hunter-Reay vs. Castroneves in the 500) and the grand finale of the season should be at the Mecca of IndyCar – the Indianapolis Motor Speedway. Nothing against Fontana, it is a fine facility, but an attendance of 20,000 or so for your grand finale is just embarrassing and makes the series look like a complete loser. We predict a 400-miler on Labor Day weekend at Indy will draw a minimum of 100,000 people. That is what the series needs for its grand finale. And we know ABC would love to televise it. If it was under the lights, even better. Mark C. reporting for AR1.com

With the report that INDYCAR is potentially looking at Boston for a Labor Day Weekend event in 2016, one has to wonder what that means for the current finale at Auto Club Speedway in Fontana, CA.

Well, we've heard that Fontana is none too pleased with the Labor Day Weekend date. Maybe, the fact the preliminary forecast at Fontana for next Friday is 97 degrees, and Saturday 95 degrees, has served as a deterrent to ticket buyers? Further, will ACS want to continue with INDYCAR considering the Labor Day date was essentially forced upon them after the Boston Consulting Group report suggested the series end its season by Labor Day?

In the short term, what will the attendance be for next weekend? Fontana has long notoriously been a tough sell for both NASCAR and IndyCar. Could the Labor Day Weekend date with its wicked hot temperatures be a recipe for disaster?