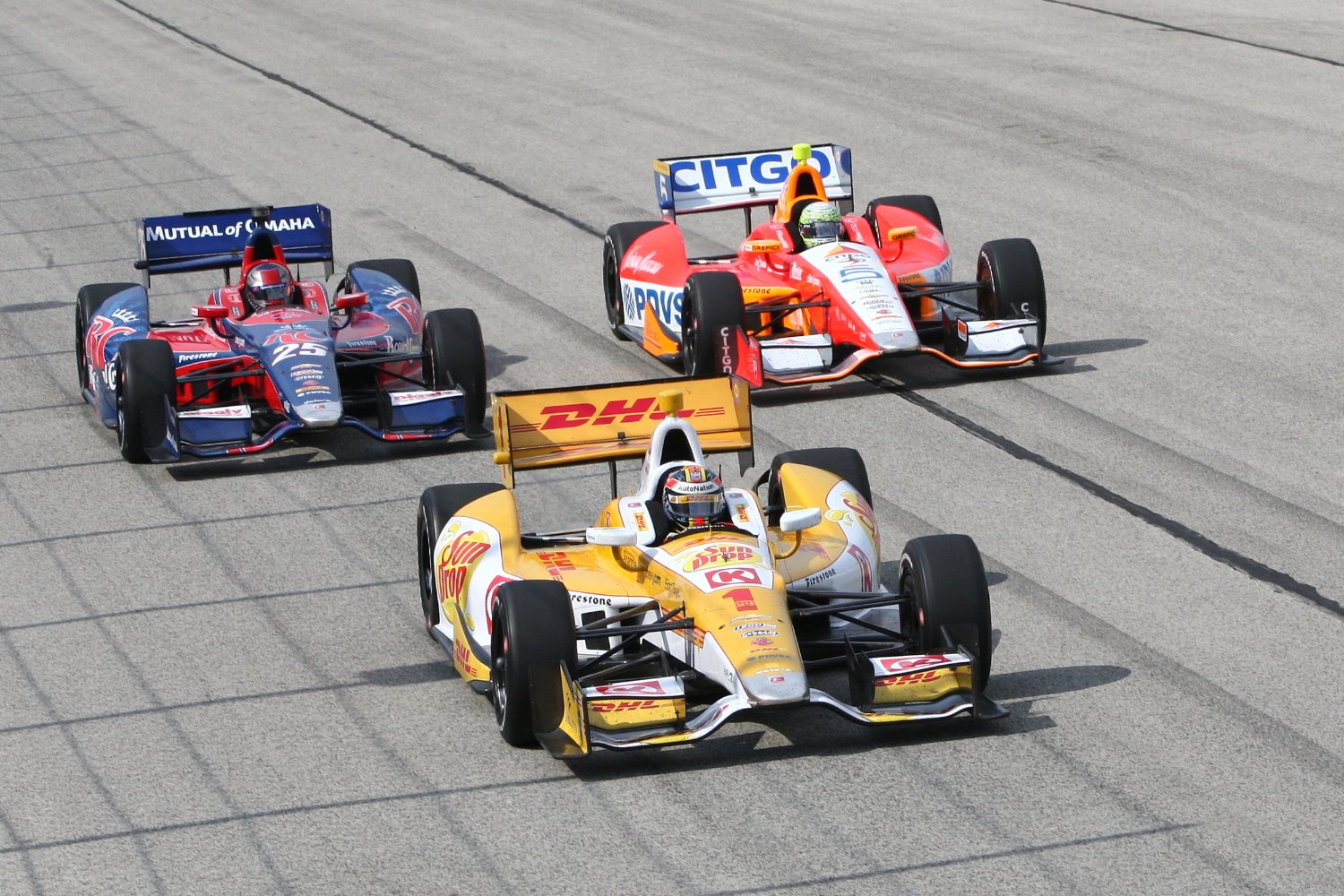 We’re not entirely sure what happened. However, after some strong practice efforts earlier in the day, highlighted by James Hinchcliffe running P1 in each of the sessions, Andretti Autosport qualified 9th (Marco Andretti), 13th (James Hinchcliffe, 18th (Ryan Hunter-Reay), and 20th (Carlos Munoz).

The effort was a far cry from 2013, when Andretti cars took 4 of the top-5 qualifying spots with Marco Andretti on pole. Hunter-Reay would win the race with E.J Viso coming home fourth and Hinchcliffe fifth. So, what happened today during qualifying for the ABC Supply Wisconsin 250?

Many from within the team said the team plain missed the setup. The cooler temperatures for the late afternoon qualifying session created a far different track than earlier in the day. The result is Andretti Autosport has a lot of work ahead of them if the team wants a third straight win tomorrow in the event promoted by owner Michael Andretti.

Continuing on Andretti, the team is expected to confirm Hunter-Reay for 2015 (and maybe longer) tomorrow. This will mean three of Andretti’s four cars are settled for next season with Munoz and Andretti already on the books.

We checked in with a few other drivers today, to gauge their status for 2015:

â€¢ Charlie Kimball of Novo Nordisk Chip Ganassi Racing is confident he will be back with the team, but nothing is official as of yet.
â€¢ Jack Hawksworth of BHA-BBM with Curb-Agajanian says he is still working on this season, and it won’t be until the off-season that he begins to figure out 2015.
â€¢ Josef Newgarden of Sarah Fisher Hartman Racing said he hopes to be part of the newly announced merged Carpenter Fisher Hartman Racing outfit in 2015. But again no deal is done.

Speaking of the recently-announced CFH Racing, it had been rumored that ECR was looking at expanding to two cars for 2015 with J.R. Hildebrand being a candidate for the team. And I suppose from a certain perspective that was confirmed with today’s announcement of a merger. However, Carpenter says he believes the new team will only have 2 cars next years after the merger, essentially meaning neither program has any plans of adding a car.

Did you know that Will Power earned his 36th career AOWR pole position today. That number becomes all the more impressive when one realizes tomorrow will be the Aussie's 137th start meaning Power has won pole in 26% of his starts. Quite impressive!

That is all for today. Check back into AutoRacing1 tomorrow for more updates.