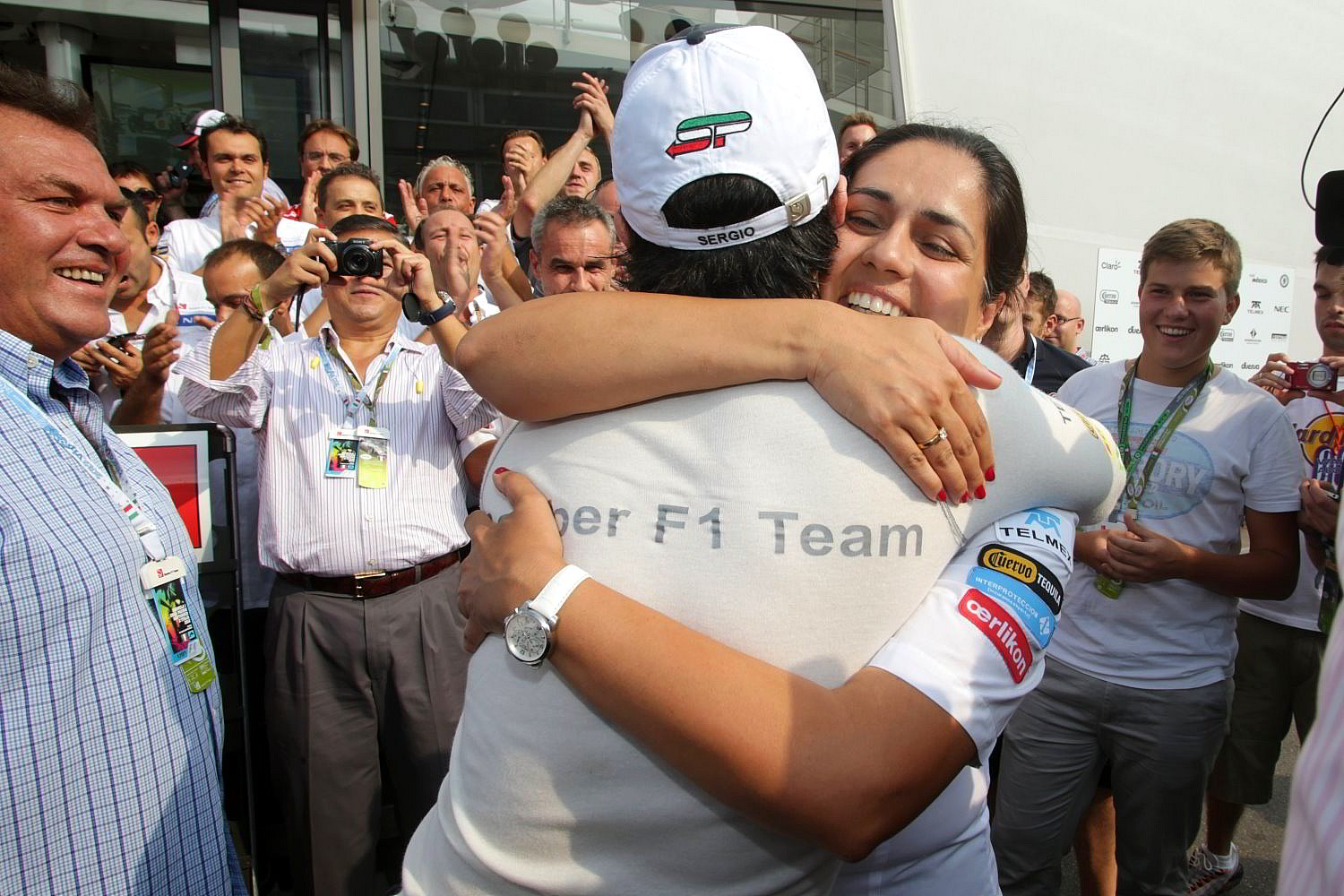 Three podium places and a front-row grid position are the highlights for the Sauber F1 Team after 13 out of 20 races in the FIA Formula One World Championship 2012. Last weekend’s Italian Grand Prix saw the team reach the 100-point mark – that’s already 56 more than their total for the whole of the 2011 season. Here, CEO Monisha Kaltenborn reflects on the points accumulated so far – and the ones that got away.

Monisha Kaltenborn, the last eight days have been something of a rollercoaster ride. How did you experience the lows of Spa and the highs of Monza?

Monisha Kaltenborn: “I’d rather not dwell too much on the disappointment of Spa. We had an outstanding qualifying and started from second and fourth on the grid. But we came away without a single point, and that was out of our hands. It was a race best forgotten in a hurry. However, the 20 points we collected at Monza were hard won and thoroughly deserved, and we’re very proud of our result there."

Did you really think Sergio Perez could convert 12th place on the grid into second at the finish?

Kaltenborn: “We know we can be very strong on race day. In Malaysia, for example, Sergio started way down in 15th place but still managed to finish second – albeit in some extraordinary weather conditions. And in Germany Kamui Kobayashi started from 12th on the grid but managed to finish fourth. However, no one could have expected that things would turn out so well at Monza."

The team finished last season on 44 World Championship points. After 13 grands prix in 2012 you already have 100. How would you explain this improvement?

Kaltenborn: “Our technical people and engineers have succeeded in building a fine car in the Sauber C31-Ferrari. The weak points of last year’s car have been almost completely eradicated, while the ongoing development of the C31 is taking place at a very high level and extremely efficiently. Added to which, stability has returned to the team after a very difficult phase for the company in which we had to deal with the withdrawal of BMW in 2009. Re-establishing this stability has been very important. Another factor that should not be understated is that our two young drivers now both have another year of experience under their belts."

Can the privately-run Sauber F1 Team keep pace with the larger teams’ speed of development?

Kaltenborn: “We are working extremely efficiently. The extensive package of upgrades we introduced for the races at Barcelona and Silverstone were successful. Our progress at the race track has met our expectations and calculations in full, which is a major feather in the cap of our engineers. And there’s still more to come from the C31. We’ll be bringing another series of upgrades to the upcoming races in Asia, at the same time as pushing ahead with the development of next year’s car, of course. So it’s not only a question of the pace of development, but more particularly efficiency. Here, the issue of costs clearly plays a critical role. The greater the resources at your disposal, the more intensively you can develop the car, and that is reflected directly in performance."

How would you assess the budget-related developments in Formula One?

Kaltenborn: “There is an urgent need for action on this issue. For the majority of the teams in Formula One the financial challenges are huge. The Sauber F1 Team is very much in favor of introducing measures to push down costs further still. First and foremost, we hope that the Resource Restriction Agreement will be implemented and monitored effectively from 2013 onwards. It is also important that engine costs from 2014 are kept at a sensible level for the privately-run teams. A constructive move here would be to draw up a roadmap setting out the direction of technical development over a period of several years. That would make planning easier and reduce costs substantially."

What are you goals for the remaining seven races of 2012?

Kaltenborn: “After our strong start to the season, many people were predicting that the wheels would come off for us, so to speak, as the season progressed. The reality, though, is we’re getting stronger all the time, and I’m anticipating that we’ll continue to deliver good performances through the final third of the season. Before the season got under way we said we wanted to significantly improve our position in the World Championship. Taking our seventh place in the constructors’ standings in 2011 as a starting point, that would mean finishing fifth this year. That’s an ambitious target, but you have to set your sights high. And I have every confidence in our team."