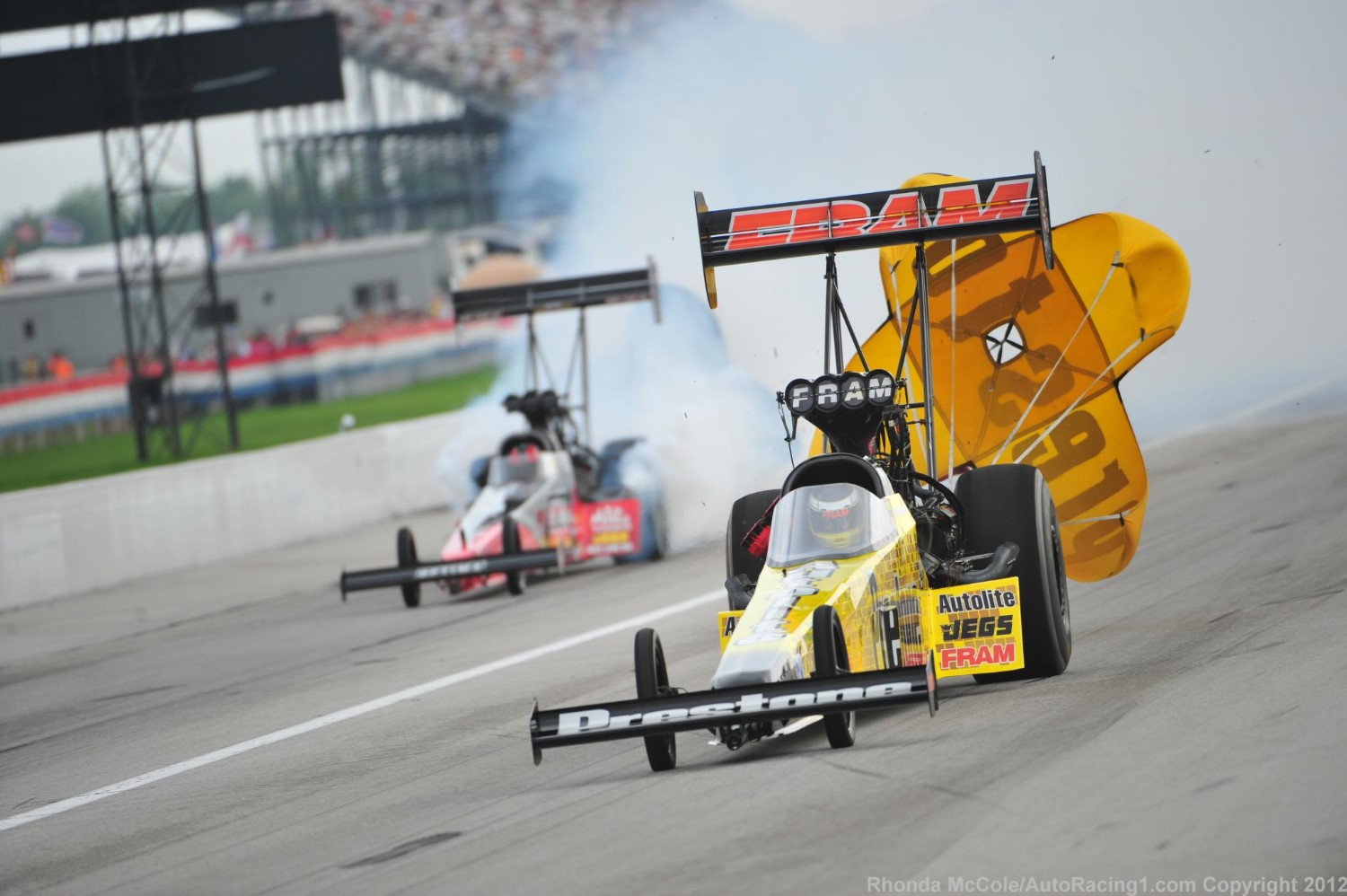 Under cloudy skies and persistent rain showers from the remnants of Hurricane Isaac, teams worked late into the evening to try and get a handle on track conditions, with an eye on critical bonus points in the final event before the Countdown to the Champion field are set.

Massey rallied from a dismal outing in Friday’s opening round of qualifying to bounce back from 24th to first with a pass of 3.762 at 324.51 mph to bump Morgan Lucas from the top spot and also earned him a victory in the inaugural $100,000 NHRA Traxxas Nitro Shootout, a special bonus race within a race.

“For Traxxas to come into our sport and put up this much money and add these two bonus races is awesome," Massey said. “I can’t believe that we won it. We’ve wanted to win it since we qualified when we won the season opener and it’s been a lot of pressure this week but it’s been awesome to be able to say we won the first Traxxas Nitro Shootout."

Courtney Force set a career-best low ET during her final qualifying run on Saturday, setting a track speed record with a pass of 4.049 at 317.27 mph to knock Jack Beckman off the provisional pole. It would be Force’s first no.1 qualifier effort if she can hold onto the top spot through Sunday’s qualifying.

“I have all the faith in the world in my guys," Force said. “They’ve been working hard all season, and to get a career best at Indy, it’s huge. This is the one track that you want to say it at, and it’s pretty cool that it’s the Big Go and it’s my career best, an awesome time, so we’re excited."

Erica Enders continued to extend her remarkable season in Pro Stock. Having already become the first female driver to score a win in the division, Enders now has her sights set on a win at Indy, putting up the mark to beat in the opening round of Friday that no one was able to touch through Saturday’s two rounds.

“It has been a really long day," Enders said. “We had been changing our setup back and forth. We thought we were going to run once, and then it started with the rain. And every time the weather comes in and things change, we have to re-assess our setup and go back and change everything. It’s a tough time with a day like today, but we went out and made a pretty good run early in the day and were able to keep the number one spot, and that’s exciting, so I’m proud of my guys."