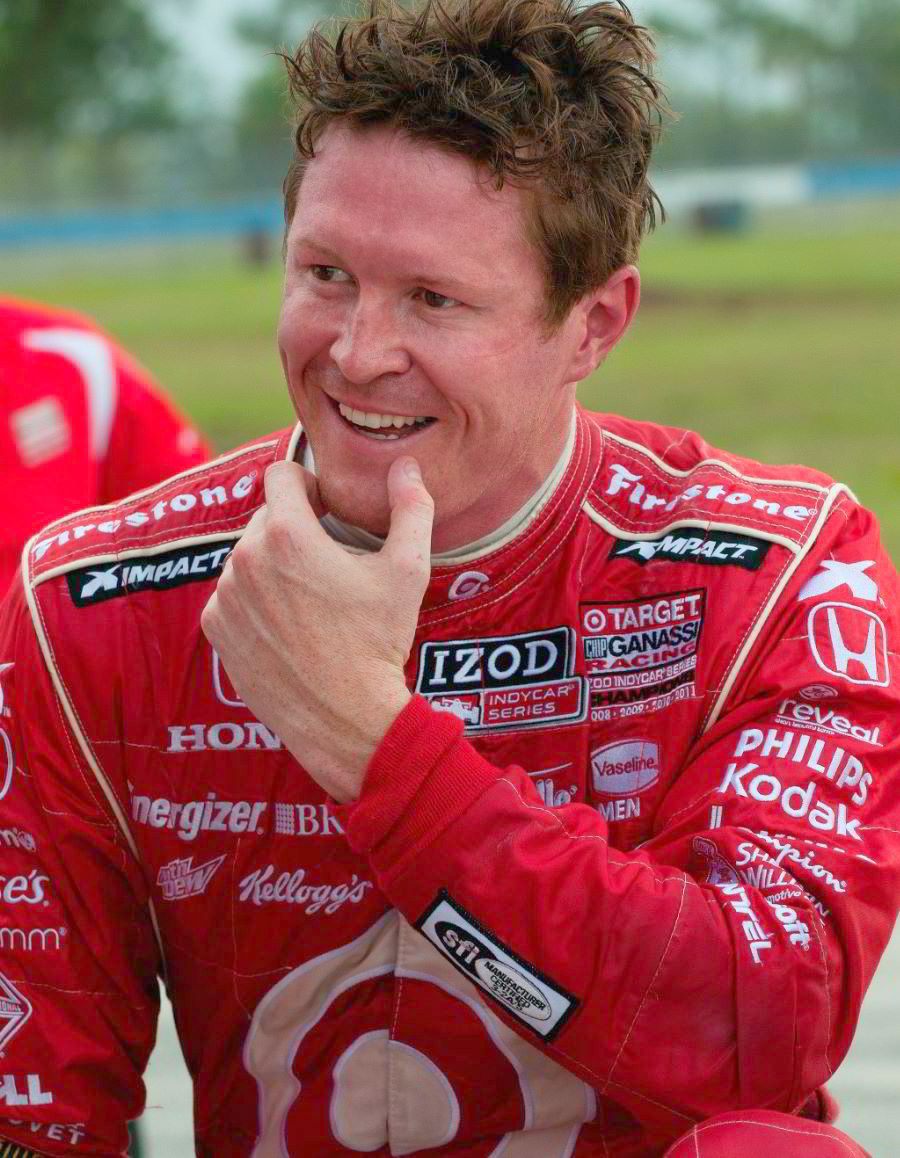 Sunday Scott Dixon recorded an impressive win at the Mid-Ohio Sports Car Course. Trailing Team Penske's Will Power when both made their final pit stop, Dixon’s Target Chip Ganassi team provided their man with flawless service. On the heels of the quicker stop, Dixon opportunistically moved ahead and pulled away from Power, and went on to score his fourth career win at the venerable natural terrain road course. The victory was also the 29th of Dixon's career, tying him with Indy Car legend Rick Mears for tenth on the all-time list.

While Dixon matching Mears is certainly noteworthy, it is the age at which Dixon has equaled Mears that is the story here. See, Dixon is only 32. That, may be difficult to believe, as the classy Kiwi has been racing Indy Cars in one form or another for 12 seasons now.

Nevertheless, his accomplishments at a relatively young age place Dixon amongst in some rarified air. Further, with 29 wins already to his credit, combined with evidence suggesting his best years are yet to come, suggest the unassuming Dixon may just be getting started in making a quiet assault on the sport's record book.

To begin, lets briefly evaluate what Dixon has already accomplished at a relatively young age. Born July 22, 1980, Dixon celebrated his 32nd birthday during the Edmonton weekend a few weeks ago. Thus, using a driver's 32nd birthday as our benchmark, Dixon visited victory lane 28 times before turning 32. Only A.J. Foyt (32 times), Mario Andretti (31). Sebastien Bourdais (31), and Michael Andretti (29), won more races than Dixon before the age of 32.

Yes, you read that right. Dixon's 28 wins before turning 32 are only 4 less than Foyt, the all-time leader with 67 wins. Of course, Mario (52) and Michael Andretti (42) rank 2nd and 3rd respectively behind Foyt. Further, Dixon at 32, is currently younger than the age at which some of the sport's best, scored even their first win. All 26 of Rodger Ward's wins came after he turned 32, ditto for each of Bobby Unser's 35. Danny Sullivan, who won 17 races, did not visit victory lane until he was 34, and each of Emerson Fittipaldi's 22 wins came after he turned 38. While Johnny Rutherford scored one win before the age of 32, 26 of his 27 wins were recorded after he turned 35. Yes, the best may be still to come

Also, every driver currently ahead of Dixon on the all time list, save for Bourdais, who is only 33, won at least 13 races after turning 32. Below as follows: B. Unser (35), Foyt (35), Mario Andretti (21), Dario Franchitti (19), Al Unser (15), Al Unser, Jr. (14), Paul Tracy and Michael Andretti (13 each). Of those mentioned, only Michael Andretti failed to win a series championship after turning 32. Dixon also has other factors working in his favor.

For one, Dixon is strong on all types of circuits. He has won on large ovals, small ovals, medium ovals, airport circuits, natural terrain courses, and once on a street circuit. Strangely, his win on Belle Isle in June was his first street circuit win. However, if the sport were to alter the composition of its schedule, as it has so many times throughout its history, Dixon would be unaffected.

Second, he is with one of the sport's top teams. Team Ganassi has captured the last 4 series titles and 3 of the last 5 Indy 500s. And nothing suggests the prolific partnership between Ganassi and Dixon will terminate anytime soon. While Formula One (F1) may have been an option for Dixon a decade ago, that ship has long sailed. Also, the era of IndyCar drivers yearning to run mid-pack in NASCAR, seems thankfully, to be over. Thus, Dixon likely will not sacrifice years running in another series as Mario Andretti did running F1 during the 1970s or Franchitti did with his brief NASCAR sojourn.

Last, Dixon is by all accounts, very level-headed. Rarely, if ever have we seen him lose his cool on track, or do something stupid to cost himself a race. Also, there is no indication of the substance abuse and other off-track issues that plagued for example, Al Unser, Jr. In short, Dixon, seems to have his head screwed on straight.

Now, there are some factors working against him. For one, IndyCar racing in recent years has skewed young. There have been no 40 somethings like Mario, Emmo or Big Al, winning races and competing for championships in recent years. In fact, the oldest driver currently on the grid is 40 year-old Rubens Barrichello.

Also, while Bobby Unser, Rutherford, and Ward were all referenced earlier for their success at an advanced age, the era in which they raced was skewed more towards ovals. Ward, for example, made only one road course start in his entire career. Unser did win 5 times on a road course, Rutherford once. IndyCar nowadays is much more road and street course heavy, therefore more physically demanding, and more rewarding to younger drivers.

Probably, the best case study for Dixon is his current teammate Franchitti, currently 39. Interestingly enough, Franchitti is seven years older than Dixon, and has two more career wins. While Franchitti was good in his 20s, he has been other-worldly in his mid-late 30s, winning championships and Indianapolis 500s. And using our benchmark of a driver's 32nd birthday, Franchitti has won 19 times after turning 32.

Franchitti will also enlighten us as to how an elite modern IndyCar driver can fare after turning 40. For example, in the 1980s Indy Car racing was dominated by the graybeards. Al Unser, Mario Andretti, Rutherford and Fittipaldi all won championships during the 1980s, while in their 40s, something that has not occurred in recent years.

If Franchitti continues his winning ways the next few years, a la Rutherford, Fittipaldi, Mario, and Big Al, there would be no reason to think Dixon could not do the same. Were Franchitti to begin a decline in the next year or so, that may suggest that IndyCar has in fact, become more of a younger man's game, which would not bode well for Dixon continuing an assault on the sport's records into his 40s.

Regardless, there is nothing to suggest Dixie has anything other than a near decade remaining in which he will be at an elite level. Top level equipment, the ability to win on different circuits, a level head, and the possibility he has yet to even enter his prime, all bode well for Dixon's prospects. While I don't see Dixon getting another 38 wins to tie Foyt, I see him easily passing Michael Andretti's 42 victories, and making an outside run at Mario Andretti's 52.

Wherever he ends up, Dixon has quietly put together a tremendous career. And there is plenty to suggest, the best is yet to come. The Chrome Horn