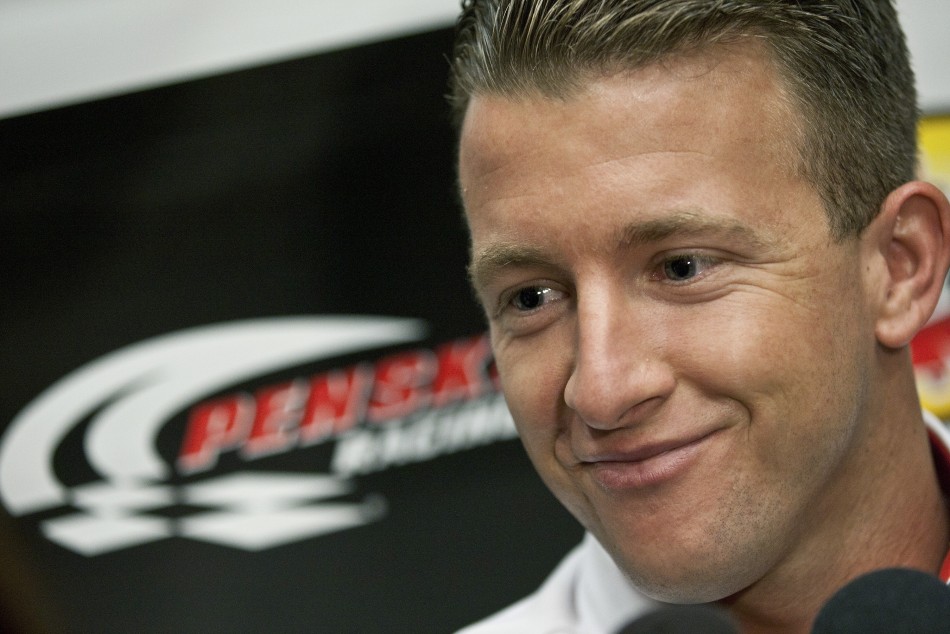 I do not support drug use. But I do support fairness and justice for people who have had their careers destroyed on questionable grounds even though they’ve done nothing to harm anyone.

A. J. Allmendinger, recently fired from his job at Penske Racing for failing a drug test, is saying all the right things about “respecting" NASCAR’s drug testing policy. That’s because telling the truth is a terrible PR move when you’re the one being investigated.

Drug testing is a crime against human liberty and privacy. Its results can be tragically unreliable.

Do you use Midol, Motrine or Ibuprofen? Sorry, you may have just tested positive as a pot smoker. Drug tests also mistake at least half a dozen commonly used drugs and foods as various forms of opium.

Sudafed and Vicks Nasal Spray can test out as amphetamines, which is what Allmendinger is accused of using. Hemp oil in various food products can show up as pot. Common antibiotics can flag you as a cocaine addict.

Are you using a natural probiotic enzyme to boost healthy digestion? You may flunk your drug test.

Do you suffer from Vitiligo (loss of skin color) and you’re trying to boost your melanin levels to renew skin pigmentation? Sorry, but drug tests can read melanin as marijuana.

By the way, did you enjoy that poppy seed bagel this morning? I hope so, because you won’t have a job this afternoon. You just tested positive for opium use.

Are you an athlete like Allmendinger who works out daily and perhaps relies on a sour orange from the local health food store to help burn fat and build lean muscle? Oops. That orange contains synephrine. You’re banned from the sport until you complete a humiliating “recovery" program to save you from the evils of exercise and oranges.

The public will look upon your participation as an admission of guilt. But if you refuse to participate you’ll be banned for life.

There are 250 known medications that can cause false positives in drug tests, in addition to many whole and natural foods, and an unknown but growing number of new drugs and medications. And we haven’t even mentioned the chemical-laden energy drinks and power shots that now saturate the market, one of which had a sponsor arrangement with Allmendinger.

A. J. Allmendinger’s career will never recover from these accusations. But whether he’s guilty or not, this was never just about Allmendinger. It’s about a cultural system that forces people to randomly prove themselves innocent through flawed tests they cannot control conducted in laboratories they cannot see by people they do not know.

Despite the fact that a lab can report wrongly on 10% of the samples submitted during the certification process and still get approved, in the last four years alone one drug-testing lab has had its certification revoked entirely and three more were suspended. No one knows how many people were wrongly accused by those tests.

Did you hear any of that reported in all those news stories on Allmendinger? Me neither.

Something is very wrong when a racing series that accepts sponsorship from a company that manufactures 46 major pharmaceutical products demands drug tests from everyone else.

Something is very wrong when the average newscaster reporting on the Allmendinger story keeps a dozen medicine bottles in his own bathroom cabinet while claiming that the prescriptions authorizing his own drug habit grant him moral superiority.

Those are the things A. J. might say if he could defend himself.

So after considerable thought, I arrived at a conclusion… I do not want to live in a society that is obsessed with examining other people’s pee. I have better things to do. I can honestly say that I do not care one whit what yours looks like, and heaven help anyone who wants to see mine.

No, I do not support drug use. Heck, I don’t even drink. But the whole Allmendinger case smells like yet another overzealous, anti-drug witch-hunt driven by political correctness… which is perhaps the most powerful drug of all.