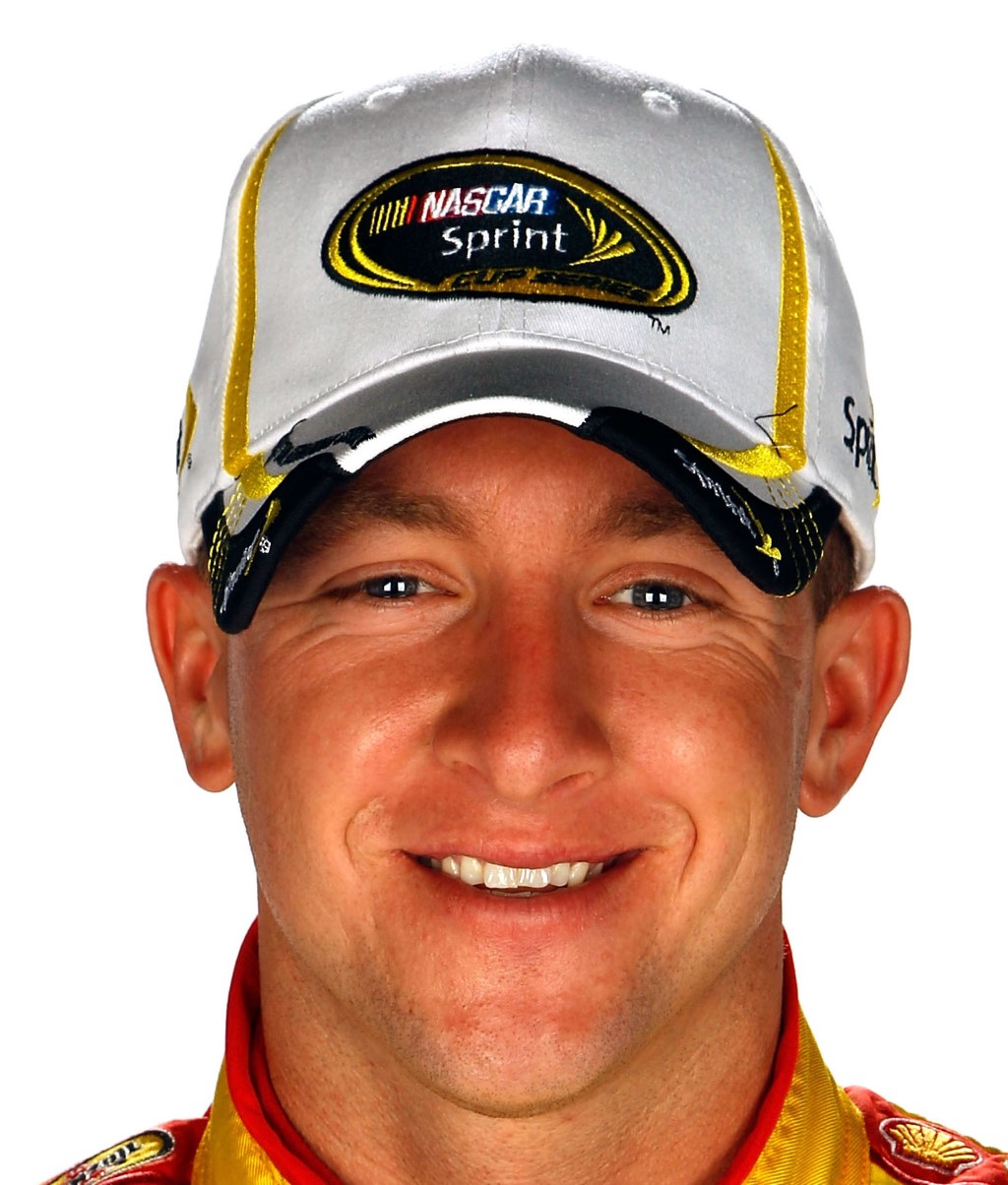 2012 could not have started any better for A.J. Allmendinger. After five seasons in NASCAR with very mediocre results, Allmendinger had finally secured an opportunity with a top line team, signing on to drive the No. 22 Shell/Pennzoil Dodge for Penske Racing. Then, in January, Allmendinger teamed with ex-Champ Car buddy Justin Wilson, John Pew and Oswaldo Negri at Michael Shank Racing in the 24 Hours of Daytona. Putting in a breathtaking drive during the final stint, Allmendinger led the Shank boys to victory in the famous enduro.

Perhaps, even more encouraging than the ride at Penske, and the win at Daytona, Allmendinger seemed to be a man at ease. The infectious smile that we had seen so rarely in recent years was back, as Allmendinger seemed happy, hopeful, and at peace. Sadly, of course, that promising beginning to 2012 is now but a distant memory.

Wednesday, Penske Racing announced they were parting ways with Allmendinger. The news was not surprising, as Allmendinger, the now former driver of the #22 Shell/Pennzoil Dodge, had been suspended indefinitely by NASCAR last week after the "B" sample of a previously failed drug test came back positive. Shortly thereafter, Allmendinger entered NASCAR's Road to Recovery Program, seemingly with the hope of potentially resurrecting his once promising career.

Now, we still have no clue what Allmendinger tested positive for. And to be fair, Allmendinger did not help clarify matters, as he and his publicist Tara Ragan released a series of vague, sometimes contradictory statements. Further, NASCAR, per its drug testing policy, does not reveal the substance nor the levels found in positive samples. While I've outlined my objection to NASCAR's policy of not revealing the substance last week, their rule is very clear. A failed test is a failed test. Period.

And Allmendinger failing a test, left Roger Penske no choice, but to terminate his services. Sadly, Penske's announcement marks the end of another unfortunate chapter, in what has become a career of unfulfilled promise.

Of course, about a decade ago, Allmendinger was considered a can't miss kid–the brightest young American prospect in open-wheel racing. The Los Gatos, California native had excelled at every level of racing from karting to Atlantics, where he dominated 2003 Champ Car Atlantic Championship, winning 7 of 12 races.

Further, Allmendinger combined that on-track talent with an all-American charisma and charm. And those who followed Champ Car in those day quickly got use to the seemingly ever present smile and the trademark crew cut.

He would move to Champ Car in 2004 with Carl Russo's RuSPORT team, where he finished 6th in the series standings as a rookie, recording a best finish of third twice.

However, in 2005, questions began to emerge as Allmendinger was not progressing as many believed he would. While he would finish second four times and fifth in the series standings, Allmendinger failed to win a race. The biggest disappointment of the season came at Edmonton, where Allmendinger started from pole, and led the most laps, but crashed while leading with 8 laps to go.

And the once fresh-faced, always smiling kid, now seemed burdened by his inability to fulfill expectations. Further, the superior form of his-then RuSPORT teammate Justin Wilson, led many to question whether Allmendinger would ever fulfill his vast promise.

Allmendinger and Wilson would return to RuSPORT for the 2006 season, which began with Newman/Haas' Sebastien Bourdais winning the first four races. As Bourdais had won the previous two Champ Car titles, Russo began to grow frustrated, once telling reporters that Bourdais' dominance was "getting annoying."

Perhaps, worst of all for Allmendinger, Wilson was the driver staying closest to Bourdais at the time. In fact, Wilson finished second to Bourdais in 3 of the first 4 events, whereas the best Allmendinger could manage was one third place. Clearly, the once can't miss kid, was not progressing as so many believed he would.

Shockingly, on June 9, 2006, Russo announced he was replacing Allmendinger with 2002 CART Champion Cristiano da Matta. While both insisted the parting was cordial, clearly something was amiss. Russo offered,

“A.J. has to mature as a man, not just as a driver. He's the most naturally talented driver I've ever seen, but that's not all there is to this business. Our decision was that he was not going to improve, so it was time for both of us to try a new environment. Maybe some tough love will put him on the right path. Maybe he needs a less sympathetic environment."


From all indications, Allmendinger found that more sympathetic environment. He quickly signed with Forsythe Championship Racing, then the home of buddy and mentor Paul Tracy.

Miraculously, Allmendinger went from the unemployment line to winning his first three starts with Forsythe. He would go on to win 5 total races in 2006, seemingly emerging as the star of American open-wheel racing, overnight.

And what would Allmendinger parlay his breakout 2006 season into? The very opportunity other open-wheel race standouts of his era jumped at: the chance to go south and run NASCAR.

By any account, Allmendinger's first NASCAR season, was an unmitigated disaster. Clearly inexperienced in stock cars, and not locked into the races by virtue of owner points, Allmendinger failed to qualify for the first five races, and made only 17 starts that season as his qualifying struggles continued.

In 2008, he returned to Red Bull, but once again failed to qualify for the Daytona 500. He was temporarily replaced by Mike Skinner, before returning to the car for the ninth race of the season at Talladega. However, Red Bull would part ways with Allmendinger after the Kansas round. He would race for Michael Waltrip and Gillett Evernham before the season was out, making a total of 27 starts, finishing 36th in the standings.

Things did begin to look up, however. From 2009-2011, Allmendinger found a home as Richard Petty Motorsports emerged out of the remains of Gillett Evernham. He raced his way into that year's Daytona 500, and ultimately made every start for the team for those three seasons, improving in the standings each year. While Allmendinger did have a DUI arrest in October of 2009, his on track results during this stretch established him as a regular on the Sprint Cup grid.

After finishing a career best 15th in 2011, Allmendinger was offered the best opportunity of his career, in replacing Busch at Penske for 2012. And when Allmendinger showed at Daytona he was in top form, the prospects for 2012 seemed bright.

But it wasn't to be. Another disappointing season on-track, was effectively ended by a failed drug test. Once again, Allmendinger's promising career is now very much in question.

So, where will Allmendinger's career go from here? Difficult to say.

As mentioned earlier we still do not know what Allmendinger ingested. Also, there is little precedent for a return from substance abuse in racing to make any educated guess. We do know he must complete NASCAR's Road to Recovery program to drive in any top series, as the positive drug test has suspended his FIA license, a requirement to race in IndyCar, Grand-AM, NASCAR, etc. However, since NASCAR does not reveal the parameters of the Road to Recovery process, the timetable on Allmendinger being reinstated is anyone's guess.

Now, we do know that substance abuse in racing is vastly different from substance abuse in other sports. For example, we see football players fail drug tests, serve their suspension, be reinstated, and play. No questions asked. In baseball, players that are found to have used performance enhancing drugs are vilified for "cheating," or compromising the integrity of the game's records. However, the consequences in racing are potentially much more serious, as substance abuse potentially endangers the lives of fellow competitors.

Also, race-car drivers not only represent teams, but the corporations who spend millions in sponsorship. Corporations seek drivers with an image they want portrayed to the public, and a record of substance abuse, is difficult to shake in racing, particularly in NASCAR, which is so dependent of corporate involvement. This, combined with is less than sterling record in stock cars, leads me to believe Allmendinger's options in NASCAR will be limited.

Still, Allmendinger will have options. He co-owns a race team with Shank that was intended to run IndyCar this past season, before Shank could not secure an engine deal. Shank has also mentioned Allmendinger driving in Grand-Am, which may be an option, as well.

Also, while question marks will surround Allmendinger, he has something that affords opportunity to many a troubled athlete: talent. Kurt Busch, for example, is by all indications a rather unlikable individual. However, despite his numerous personal shortcomings, he is able to obtain work, because he is a supreme talent. Essentially, people try to manage his personal shortcomings as no one questions his talent.

While Allmendinger has struggled in recent years, we saw his talent on display this past January. And at 30 years old, Allmendinger is still younger than Ryan Hunter-Reay, Will Power, and Scott Dixon. Further, we've seen that in the right environment, such as Forsythe, or MSR, Allmendinger can thrive.

In short, while Allmendinger comes with baggage and a resume littered with unfulfilled promise, no one questions his talent. He will find a ride when his recovery is complete, likely in IndyCar, or possibly in Grand-Am.

Still, Allmendinger's next chance may be his last. Years ago, Jerry Forsythe threw him a lifeline, this past off-season one came from Roger Penske. And on the north side of 30, one has to think, if he missteps again, another opportunity may not come. The Chrome Horn