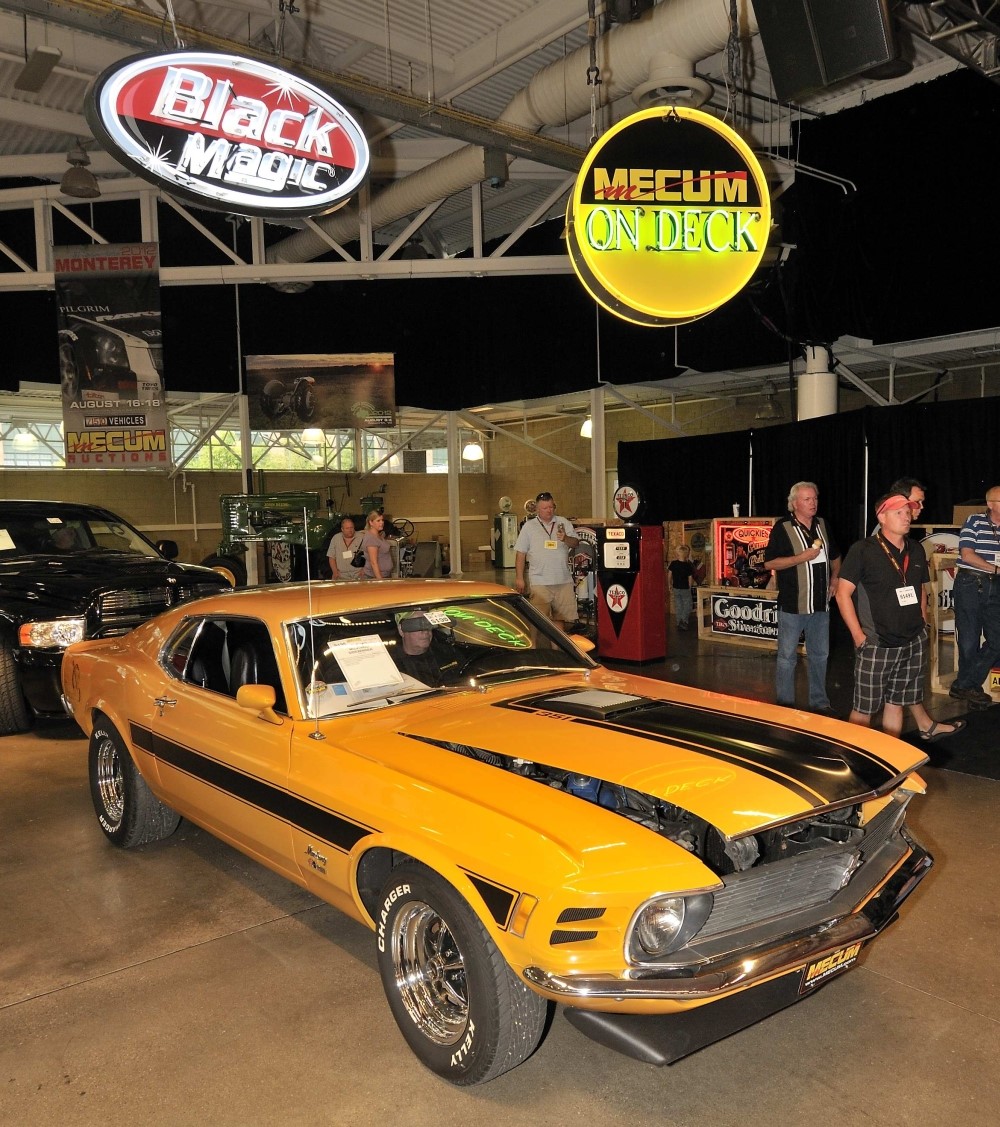 Okay, I'm sitting in my hotel room after the auction jamming to Heart (“Crazy on You") and it occurs to me how much I love the Mecum Auto Auction held in Des Moines.

Every year we wonder if the Des Moines show will be axed from the network lineup because it generally features low end collector cars, and every year I'm grateful when it returns. I have a soft spot for these cars.

The fact is that very few people will ever be able to own a Yenko Camaro or an original Shelby Cobra. And if they did, they'd be afraid to drive it.

There is a place in the collector car world for entry-level cars that real people can afford. The mid-70's Corvettes and early C4's may be underpowered and unappreciated, but they allow a new generation of Corvette lovers to join an elite circle of proud owners. These cars serve a purpose. They are a step on the ladder.

We had a rusty '66 Mustang with a 200 CID straight six and a bad paint job cross the block tonight. The collector car snobs snickered, but I was happy to see someone walk away with their dream car for less than $9,000. A cheap V8 built in their garage and some homemade body work and paint won't make it a priceless classic, but it will give someone a head-turning hot rod that they can drive with pride.

These are hard times. The remnant of America's middle class is at the breaking point and every failed tidal wave of monopoly money printed by a clueless Fed fails to promote genuine recovery.

For the remaining few who still have some measure of disposable income, these affordable muscle cars are a bonanza. They bring fathers and sons together for family projects. Husbands and wives take them to the drive-in theater on date night. They are the platforms upon which average people build their dreams.

We do a great disservice to the collector car world when we leave behind those who are struggling to join it.

I confess that I have very little patience for collector car snobs. Des Moines and its entry-level clunkers belong on the schedule and I hope we keep going there for many years to come.

I had a barrel of fun tonight when a 1970 Ford Mustang Sidewinder Special crossed the block. The Sidewinder is like Big Foot… everybody's heard of them but no one has actually ever seen one.

The Sidewinder is uber-controversial because no one even knows how to identify them. Most people consider them a dealer special, when it appears that they were actually a brief promotional option offered by Ford that only a handful of people ordered.

Wanna know how tough it is to determine just what comprises a Mustang Sidewinder Special? Okay, here we go.

Nobody is sure just where they were sold. Iowa and Nebraska seem to be the leading candidates.

The car's decals were delivered in a box stored in the trunk to be applied by the dealer (you don't see that every day). Otherwise, there was very little to indicate if Ford intended the car to be a Sidewinder Special or not.

Who's to say that the dealership didn't sell the car without the decals, or stick them on another car by customer request? Don't laugh. That stuff happened.

Most Sidewinder Specials are rumored to have a 351 engine with a cruise-o-matic transmission, but the one that sold in Des Moines tonight had a 4-speed… complete with Hurst badges on the fender!

Was it genuine? Probably. Can anyone prove it? Nope. If you don't know what it is, how would you know if you had one?

Even Kevin Marti, the internationally recognized Ford guru who authors the famed “Marti Report," could find very little in official Ford records to specify what, precisely, defines a Mustang Sidewinder Special. I'm sure to receive a boatload of emails claiming specific facts on the car, but frankly, if Kevin Marti can't figure it out the rest of us mortals should tread carefully.

It was a hoot watching all the Ford buyers scratch their heads and try to figure out what to pay for something they'd never seen before. Eventually they settled on 30 grand but nobody new why.

I compared notes with Mecum's own amazing car expert, John Kraman, and we still couldn't fill in all the blanks. And you know what? I'm perfectly satisfied not knowing everything about the Ford Mustang Sidewinder Special.

It's like a kid waking up on Christmas morning and wondering how the presents got under the tree. If you really knew, it wouldn't be fun anymore.

See you in Monterey.