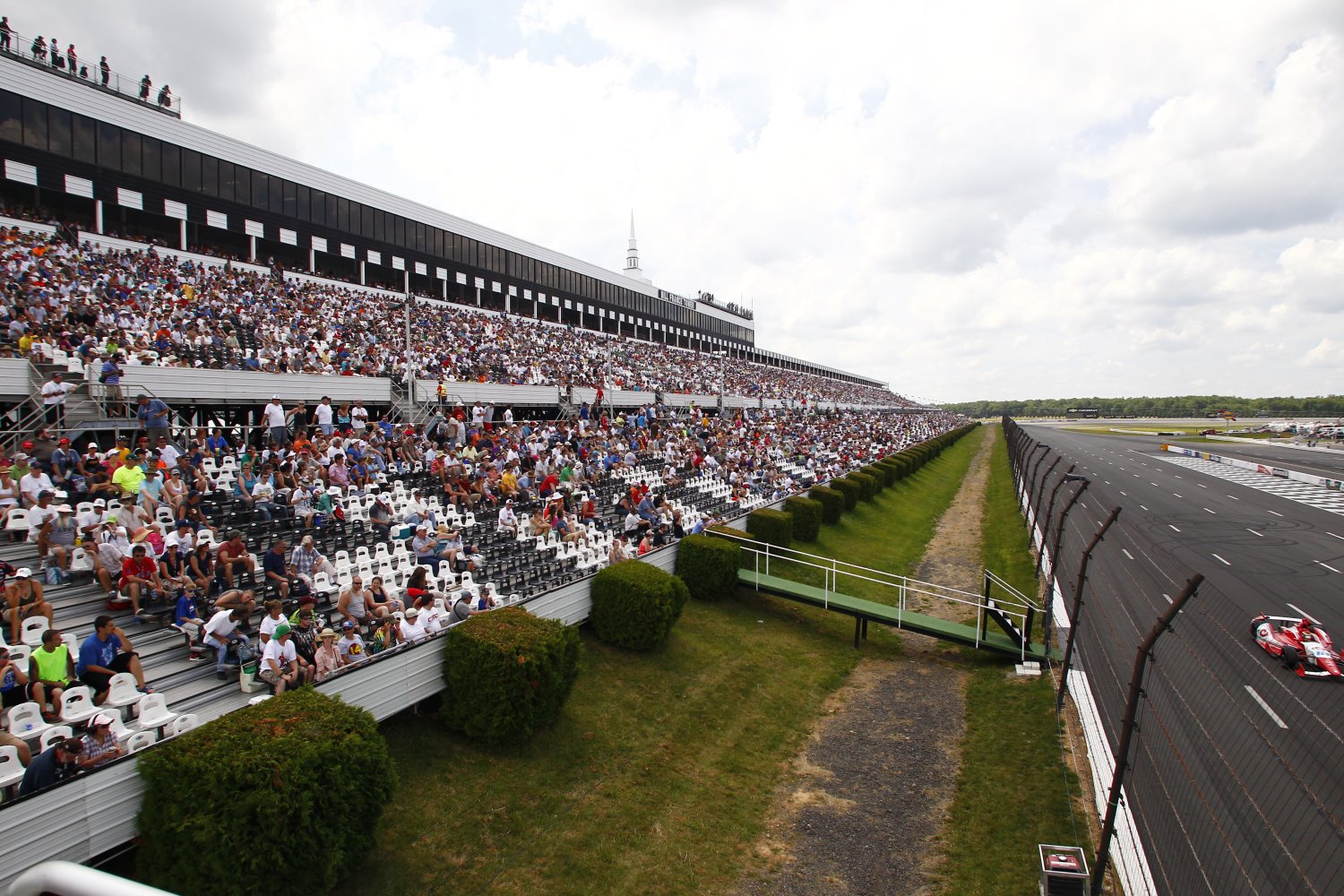 UPDATE #2 In the days leading up to the recent Pocono INDYCAR 500 at Pocono Raceway, reports circulated that ticket sales weren’t keeping pace with the 2013 event and without improvement, track management might consider bailing out of the last year of its three-year contract.

According to Brandon Igdalsky, president and CEO of Pocono Raceway, a visitor to Watkins Glen International this weekend, IndyCar ticket sales did not match that of the 2013 race, but all may not be lost. While non-committal about the future of the race, he said there’s on-going communication with Verizon IndyCar Series management and an announcement is anticipated shortly.

Reading between the lines, one’s sense is that IndyCar will return to the venerable tricky-triangle but not on the 4th of July weekend, as fans have let it be known they want to see the race but not on a holiday weekend. motorsport.com

Odds of an IndyCar series race returning to Pocono Raceway next summer are 50-50 at the moment. That's the view of Brandon Igdalsky, Pocono's president and CEO.

Igdalsky said Tuesday a decision will be made "in the next few weeks. We're deep into our 2015 planning. We would like to be on IndyCar's schedule and they like being at Pocono."

Pocono officials are surveying fans and sponsors about IndyCar racing for a third time at the track. Prior to the July 6 race at Pocono, Igdalsky challenged fans to either show up or risk IndyCar not racing at the mountaintop track in 2015.

Attendance for the race was less than last year when the IndyCar series raced at Pocono for the first time since 1989.

The Fourth of July race dates for the last two IndyCar at Pocono were a major issue. Although that holiday weekend is the busiest of the summer in the Poconos, many families there don't seem interested in spending their Sunday at the race track. Fans outside the area are reluctant to deal with heavy holiday traffic.

Igdalsky said Pocono has "a couple dates" where it could possibly host IndyCar other than the Fourth of July. Pocono expects to continue holding NASCAR Sprint Cup series races in early June and early August.

This AP article by Dan Gelston suggests that Pocono Raceway CEO Brandon Igdalsky is possibly looking to extricate himself from the final year of the three-year deal to host an IndyCar race. That would mean the Verizon IndyCar Series would not return to The Tricky Triangle in 2015.

Apparently, the concern for Igdalsky is ticket sales are "kind of scary," compared to last year's inaugural race, which was moderately successful. However, Sunday's race could see a dramatic decrease in attendance.

Gelston also quoted Igdalsky as saying that if IndyCar does not return it will be because "the fans did not come out and support the event."

Surely, this will be one of the main stories over the weekend. IndyCar's return to The Tricky Triangle was largely portrayed as a success last year. However, whatever fuzzy feelings there might have been between Pocono and IndyCar seem to have evaporated.