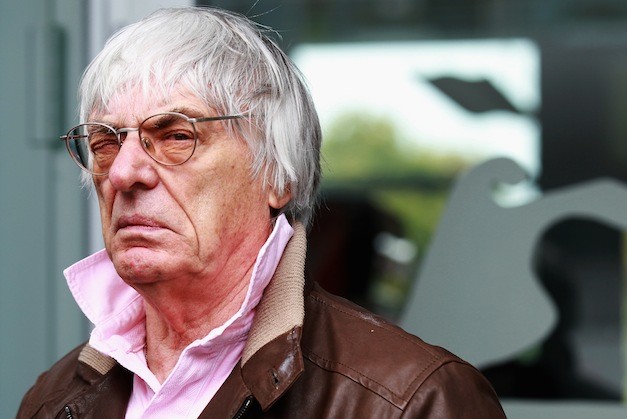 UPDATE #3 This rumor will upgraded to 'fact' today when it is official Ecclestone paid $100M to buy his innocence.

Germany's Suddeutsche Zeitung is reporting on Saturday that the F1 chief executive has negotiated a US $100 million settlement with prosecutors in his high-profile corruption case in Germany.

The newspaper did not name its sources but said the settlement, negotiated in Munich on Saturday, will terminate the trial altogether and see all charges dropped.

Earlier in the week, there was talk of a EUR 25 million compensation payment to the Munich state bank BayernLB.

It is believed that, on Friday, the court told witnesses due to testify not to attend until further notice.

Official confirmation is possible within the first half of next week, and probably on the scheduled resumption of the trial on Tuesday.

"There have been additional talks involving state prosecutors, defense lawyers and the court, and it's possible that a settlement to end the case could be reached next week," a court spokesman said.

Suddeutsche Zeitung said prosecutors had initially demanded a settlement amount of EUR 100 million, but Ecclestone and his lawyers had negotiated the currency down to US dollars.

The report said that if the settlement is agreed by all sides, it would be the biggest in German history.

"The deal would mean that the Briton will not be convicted and therefore most likely remain formula one boss," correspondent Klaus Ott said.

07/29/14 In London, Roger Blitz wrote a statement from the Munich criminal court said that "talks between the two sides to bring the case to an early conclusion had not been completed but would continue." The court "could not say how long talks would last." A hearing scheduled for Wednesday was canceled, and the court said that "the next scheduled sitting was on August 5." The trial "comes at a delicate time for F1." The motorsport series "is attracting investor interest from cable billionaire John Malone but the timing of any sale could be affected by the trial and the future" of Ecclestone FINANCIAL TIMES

Also in London, Daniel Johnson reported because it is a criminal case it is for the judge, Peter Noll, to decide whether the charges against Ecclestone "should be abandoned, not BayernLB." Ecclestone's lawyers' statement suggests the court process "is proving a drain on Ecclestone." He has kept a "noticeably lower profile in recent months" TELEGRAPH

REUTERS' Keith Weir wrote prosecutors "rejected a request from the defense to drop proceedings on the grounds of a lack of evidence." Under German law, "a settlement payment to a party involved would not necessarily bring a criminal case to an end" REUTERS

The German news agency DPA said the F1 chief executive's lawyers made the proposal to pay the money to BayernLB, despite arguing the bank suffered no financial loss.

The report added that the application was made in a statement to the Munich court on Tuesday, even though the lawyers argue that the prosecutors' case against Ecclestone is "highly questionable".

Referring to the DPA report, Auto Motor und Sport on Tuesday claimed the lawyers are making the proposal because of how "extremely stressful" the case is to the 83-year-old Briton.

The defense offer is reportedly valid until August 8, and the prosecution is said to be evaluating it.