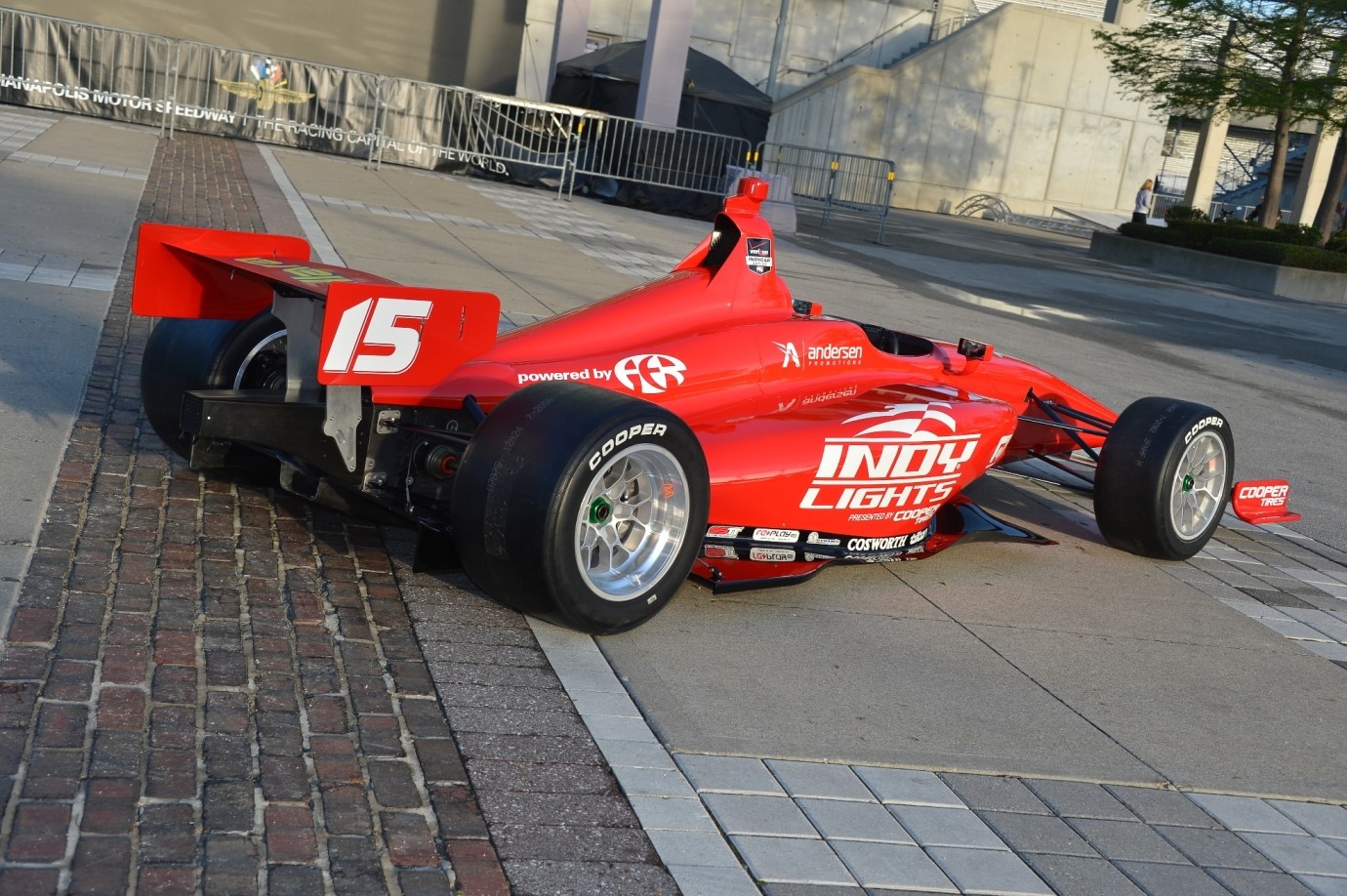 UPDATE Regarding our rumor from Toronto that no one can afford the new Indy Lights car……..There are currently no orders for the new Indy Lights car. The cost for the chassis is rumored to be $250,000, which is more than the old chassis. Many of the Indy-area would-be owners, especially the Foyt family, remember when the USAC Silver Crown cars tried to go with radical new chassis design, when a few teams bought the new car, but not enough to run a series, and so Silver Crown soldiers on with a "large sprint car" design. No doubt many teams would rather add an extra Indy car – where sponsor money can be obtained – rather than try to run an Indy Lights car, which depends on the supply of rich kids that can afford $1 million to run a season. Tim Wohlford reporting from Mid-Ohio

A bit of a messy day today in Toronto, what could have been a good day spoiled by the rain. The crowd was down because of the rain, but not bad considering.

But at least we have some good news. We spotted Alan Donnelly with IndyCar CEO Mark Miles. Donnelly just flew in this morning and he is the one trying to put the Dubai deal together. We are now hearing that contrary to what our F1 source told us, the Dubai race is still going to happen. And we learned a bit more about the track – it will traverse the streets between the Convention Center and the Emirates Towers (See photo to the right). We hear they can get grandstands and it's easy to pour new concrete walls in Dubai where concrete is plentiful. There are a lot of ex-Pats that live in Dubai and there are a lot of American military personnel in nearby Kuwait that they want to bring to the event so maybe, just maybe, the race will have a good attendance.

We suspect Bernie Ecclestone is not going to like the competition in the Middle East, but he has more important things to worry about right now, like staying out of jail.

With the possible wet start Saturday that never happened, we asked polesitter Sebastien Bourdais what adjustments could be made to eliminate too much wheelspin on the start. "It's all up to the drivers two feet," said Bourdais. "There are no electronic driver aides like a launch control because they want to make sure no one can try and cheat and program it for traction control." We would argue that IndyCar controls the standard ECU and can make it so the button on the wheel only brings the engine up to a set RPM to ensure the driver does not let the RPMs drop too low and stall the car before the lights go out.

Did you know that Justin Wilson's stock that he sold to finance his F1 program years ago was finally paid off last year and he no longer owes money to his investors? We hear his brother Stefan Wilson, despite the announcement that he has sponsorship for next year, still needs more sponsorship to run a full year.

About the Iowa race last weekend, did you know that the closest town, Newton, is a ghost town since Maytag Appliances closed down their facility. Apparently it employed the majority of the town.

We chatted with Kim Green, one half of the Green Savoree group that promotes this race, St. Pete and Mid-Ohio races. He told us that Exhibition Place has this race penciled in for June next year and now it is up to IndyCar to find an slot in June for the race. Savoree said, "Toronto is too important a market for IndyCar not to find a place for it." Green told us Mosport is not an option for this race and he expects IndyCar to find a slot. "It will be cooler in June that's for sure," said Green.

If IndyCar had any common sense whatsoever, they would move the Houston race to earlier in the year when it is cooler and give Toronto the Houston weekend. With the Pan Am games starting June 10th, they would have at least two weeks to get the track dismantled. Green told us they could probably do it in less than two weeks.

August won't work for Toronto either as that month is booked for the Canadian National Exhibition (CNE) at Exhibition Place. The CNE is like a month long carnival.

We hear the soccer stadium in the middle of this track is building some new suites and they want to make them with glass on both sides so they can also use them for this event as well. And we hear the new hotel being built inside the track now is trying to make the windows such that the people in the rooms can see the track from some of the rooms.

We hear Mid-Ohio was trying to get a new shower facility in place for campers in time for this year's IndyCar race. However, the EPA made them move it so it won't be ready until 2015 now.

What is Barry Green doing these days? He is retired, living in Orlando and playing a lot of golf.

We hear the new Indy Lights car could be dead on arrival. Michael Andretti told us he is not going to buy the new car. It's just too expensive he told us, "We can't make it work and I already told them that. I suggested to them that we keep the old cars, put new body work on it, add paddle shifters and a turbo engine. That would have been cost effective. No one has signed up for the new car. I am very disappointed."

Bobby Rahal told us he was "looking at the new car but no decision." The key word is looking. Mark C. reporting from Toronto