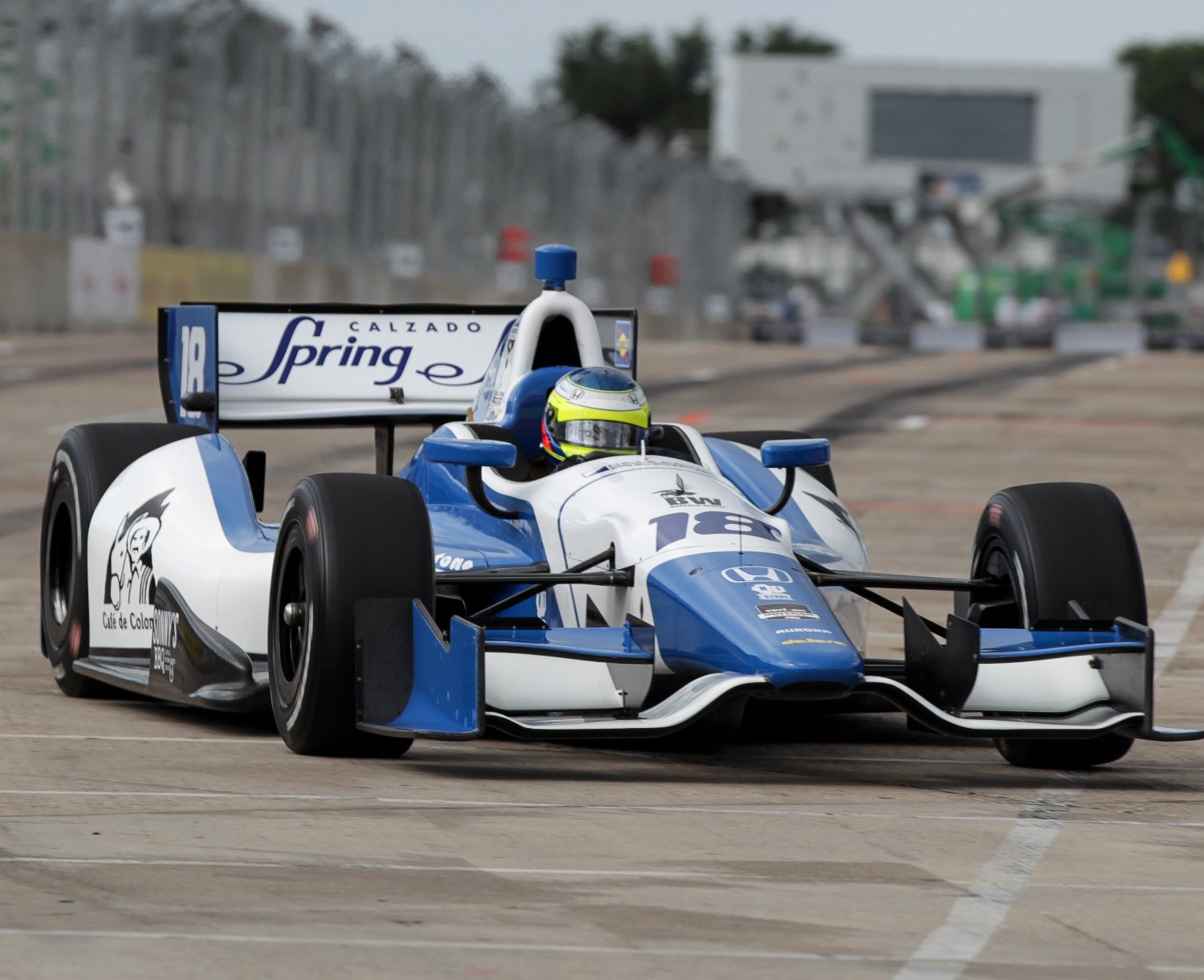 [This just in from INDYCAR, regarding Huertas. We have upgraded rumor to fact.]

INDYCAR officials have fined Dale Coyne Racing for a pair of technical violations on its No. 18 Verizon IndyCar Series entry driven by Carlos Huertas. The entrant was found to have violated Rule 14.6.4.18 (Rear Wing Height) and Rule 14.7.2 (Fuel Cell Capacity) of the Verizon IndyCar Series rulebook. The team was fined a total of $10,000 – $5,000 for each infraction. INDYCAR officials determined that the infractions did not impact the finishing order of the race or final position of the offending team.

The members may contest the imposition of the penalty pursuant to the procedures and timelines detailed in the review and appeal procedures of the Verizon IndyCar Series rulebook.

Multiple outlets are reporting that Carlos Huertas' #18 Dale Coyne Racing Honda failed post-race inspection after the Colombian rookie scored an improbable maiden victory in Race 1 of the Shell and Pennzoil Grand Prix of Houston presented by the Greater Houston Honda Dealers. We have not received official word from IndyCar, however reports state that the car rear wing differential was too high, and the fuel cell exceeded the 18.5 gallon capacity.

Huertas' win will stand, as there is precedent for this. Helio Castroneves won at Texas Motor Speedway for an under tray being too low. 2012 TMS winner Justin Wilson also failed post-race inspection with non-specification post on his top side pods.

It appears the fines for Coyne's team will come to a total of $10,000. We await official announcement.