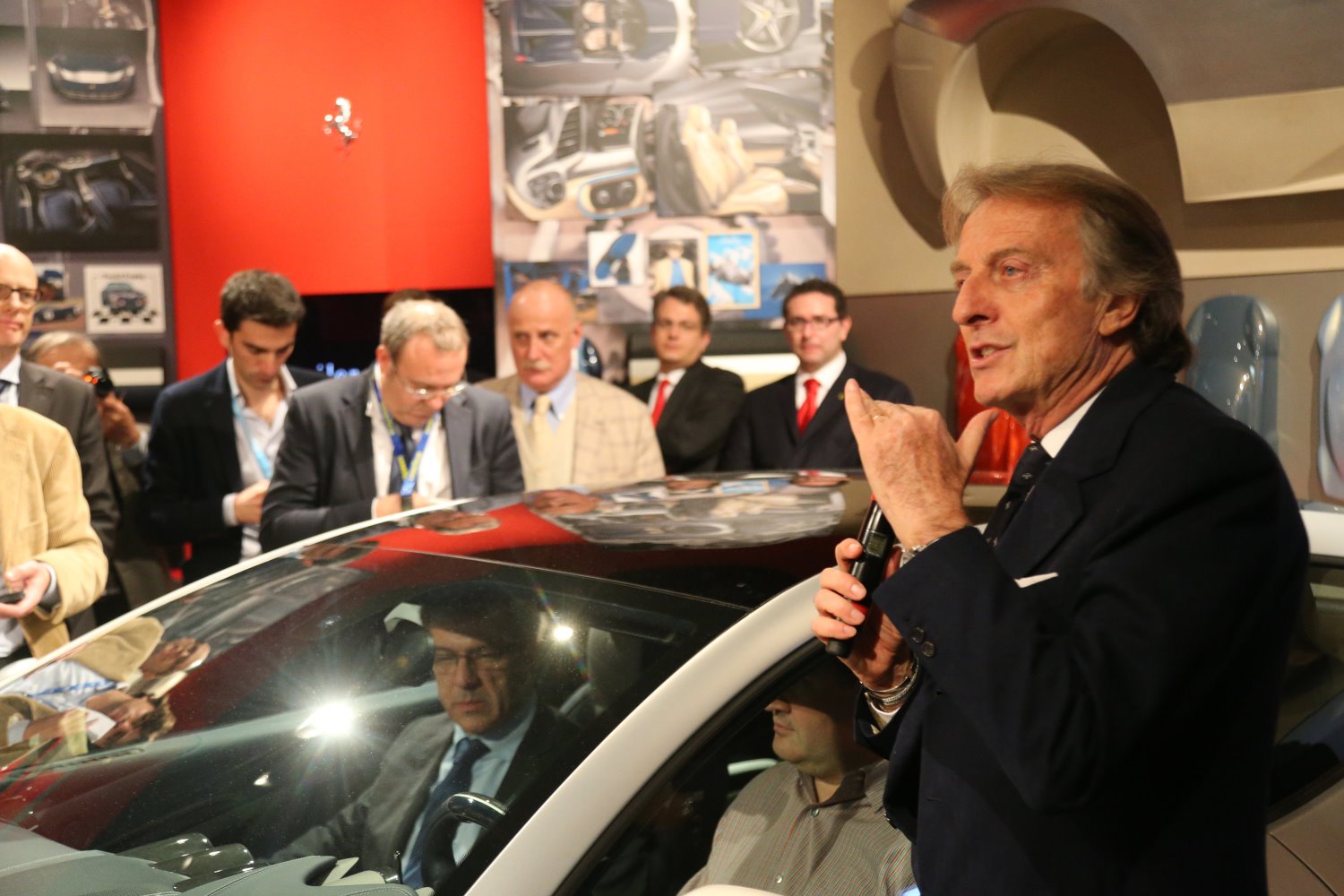 UPDATE #2 (GMM) Luca di Montezemolo on Thursday hit reverse gear, after he was quoted as having threatened to pull Ferrari out of formula one.

The Italian marque's president made the clear warning last week to the respected Wall Street Journal, as he insisted that any Le Mans foray for Ferrari by 2020 would be at the expense of F1.

Montezemolo has been highly critical of the new shape of the pinnacle of motor sport, and has reportedly written a letter to Bernie Ecclestone asking for a meeting with all the major stakeholders to discuss the future.

But it is believed Ferrari's highly critical stance was discussed at length during the F1 Commission meeting on Wednesday, and two days later Montezemolo is now tempering his earlier remarks.

"A letter to Ecclestone? I don't need to write to him to arrange a meeting," multiple Italian publications on Friday quoted Montezemolo, 66, as saying at a Maserati event in Modena.

"I never said that Ferrari would pull out, but I do think the time has come to make a reflection on our system. I think Ferrari has the duty to seek improvements for the benefit of the teams, the fans, the media and the sponsors.

"And I think that, having been in formula one for 64 years, Ferrari has the right to think about the future," he added.

"Formula one is an extraordinary sport," said Montezemolo, "but we need to do something to make it better."

06/18/14 Would Formula One be Formula One without Ferrari? And would Ferrari be Ferrari without Formula One? Those are the questions circulating the motorsport press lately as Ferrari has hinted once again that, if the rules are not changed and the spectacle restored, the Scuderia could pack up its prancing horses and leave the series.

The rumors have been fueled by two developments. On the one hand, Ferrari chairman Luca di Montezemolo has repeatedly expressed his disapproval with the FIA – presided over by his long-time protégé Jean Todt – over the current regulations that have restricted the teams to using what he views as lackluster turbocharged V6 engines.

On the other, the team's #1 driver Fernando Alonso was on hand at the Circuit de la Sarthe last weekend to wave the flag to start the 24 Hours of Le Mans, fueling speculation that the company could switch from F1 to Le Mans and the World Endurance Championship, where the rules are more flexible. The AF Corse team closely affiliated with the factory finished first in the LMGTE Pro category at Le Mans this year with a Ferrari 458 Italia.

It has been years since Ferrari competed at the top level in sports car racing, and while it dominated Le Mans with six consecutive victories in the early 1960s and continued to notch victories in endurance racing for several more years, Le Mans was won four years in a row by Ford before the Italian team left the field. Le Mans has subsequently been dominated by well-known marques like Porsche and, more recently, Audi. Of course Ferrari could technically compete in both forms of motorsport, but major automakers seldom if ever field works entries in both.

This isn't the first time Ferrari has hinted at leaving F1 behind, first with the threat of forming a break-away series when Bernie Ecclestone proved intractable and more recently with rumors of the team's moving to Le Mans. For its part, Ferrari insists in the statement below that it is in F1 for the long haul, and has indeed remained the one constant on the grid since the formation of the series.

(GMM) From either end of the F1 grid, teams ended the working week by sending out very different signals about their respective futures.

At the back of the grid, struggling Caterham's supremo Tony Fernandes batted off speculation his green cars might be missing in Austria next weekend.

"Caterham F1 will be racing in Austria. There is no question," the Malaysian aviation entrepreneur told his almost 1 million Twitter followers.

But the message coming out of Ferrari, F1's most famous team, was very different.

Earlier this week, with Fernando Alonso heading to Le Mans on Saturday to flag off the famous 24 hour endurance race, reports suggested the Maranello marque might be planning a prototype sports car project.

But president Luca di Montezemolo, whose criticism of F1's rules often accompanies a quit warning, said that a Le Mans project would mean the end of Ferrari's long association with formula one.

"Formula one isn't working," he told the Wall Street Journal.

Also on Friday, Ferrari said on its official website that it is "a bit of a stretch" for the media to be suggesting the team is threatening to quit the sport after 2020 to focus on Le Mans.

But Montezemolo told the Wall Street Journal: "Of course, we cannot do sports car racing and formula one. It's not possible."

The Ferrari website post, however, said Ferrari can juggle both Le Mans and F1, insisting "there's nothing to stop Ferrari upping the ante and competing in both disciplines".