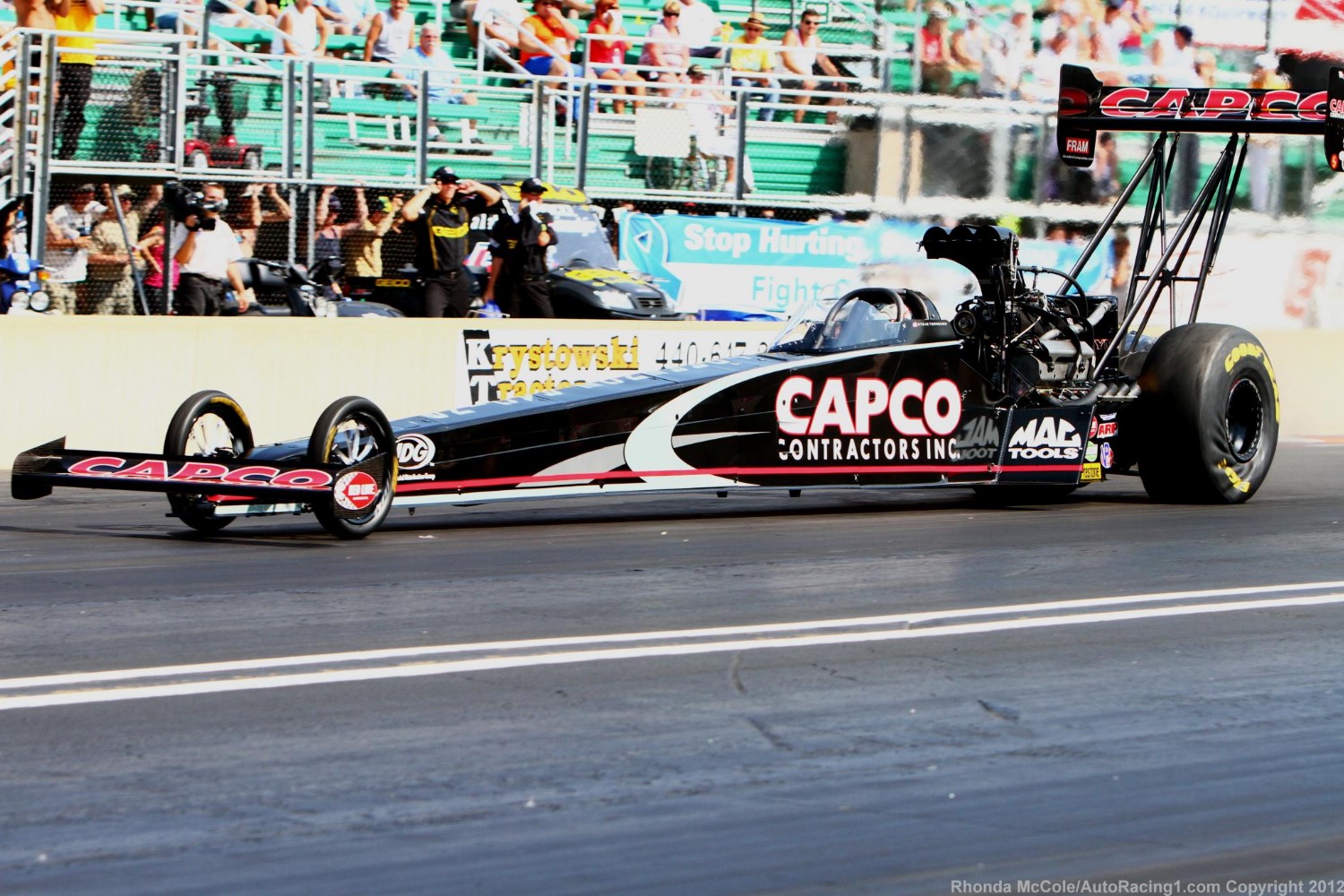 Steve Torrence, Johnny Gray, Allen Johnson and Andrew Hines stood on their qualifying times from Friday’s qualifying session for Sunday’s 48th Annual Summit Racing Equipment NHRA Nationals in Norwalk, Ohio and watched them hold up through both of Saturday’s sessions, earning them top qualifying honors in their respective divisions.

Torrence held onto the no. 1 position in Top Fuel after clocking in with a 3.829 319.98 during Friday’s session that held up through the day on Saturday, with the top six remaining the same from Friday’s session. It’s just the second-career pole for the driver-owner who has scored two victories this season.

“We tried to see what we could get away with today," said Torrence. “It's hard on the crew chief, driver, and team when it's this hot. I was sitting in my firesuit soaking wet. It helped us work on our hot weather tune-up for the Western Swing. Tomorrow should cool off quite a bit and give us different conditions to race in."

The best drama of the weekend in Top Fuel was among those trying to race their way into the field on Saturday, with Morgan Lucas finding himself on the outside looking in for the third event in a row. Fortunately he and teammate Brandon Bernstein were able to find enough speed to barely squeak into the field with Bernstein taking the bump spot to face Torrence in the opening round.

It was more of the same in the Funny Car set as the entire top-12 stayed unchanged in Saturday’s qualifying with Johnny Gray’s run of 4.094 306.33 from Friday going unchallenged to give Gray his second top qualifier of the season and third of his career.

“I hope tomorrow’s not like today because obviously we weren’t stellar today," Gray said. “We tried to run too hard the first run this morning, and then this afternoon we had the thing lined up a little bit to the left, and it took off towards the centerline, and when I tried to turn it to reel it back, it kind of upset it and knocked the tires loose. We’re good. We know what we did wrong, and we’ll go out tomorrow, and it should be a good day."

Funny Car points leader Robert Hight barely edged into the field after getting bumped in the early qualifying session, knocking Tony Pedregon from the field. He will take on Gray in the first round on Sunday.

Allen Johnson continues to smoke the field in qualifying in the Pro Stock division, notching his third-straight no.1 qualifier and his fifth in the last seven events, posting a 6.663 at 207.43 mph on Friday that no one was able to top to earn his 24th-career top qualifier.

"We have a really good car, and we're going to make better decisions," said Johnson. "We stunk the place up today. We shot ourselves in the foot in the first round. My crew chief told me to go right when he meant for me to go left while I was backing up. After all these years, you find new ways to lose."

In Pro Stock Motorcycle, Andrew Hines scored his first no.1 qualifier of the season and the 31st of his career with a run of 6.961 at 192.85 mph in the final session on Saturday to knock Hector Arana off the pole. Arana came back as the last qualifier but wasn’t able to top Hines, holding onto second with a 6.962 at 191.38 mph.