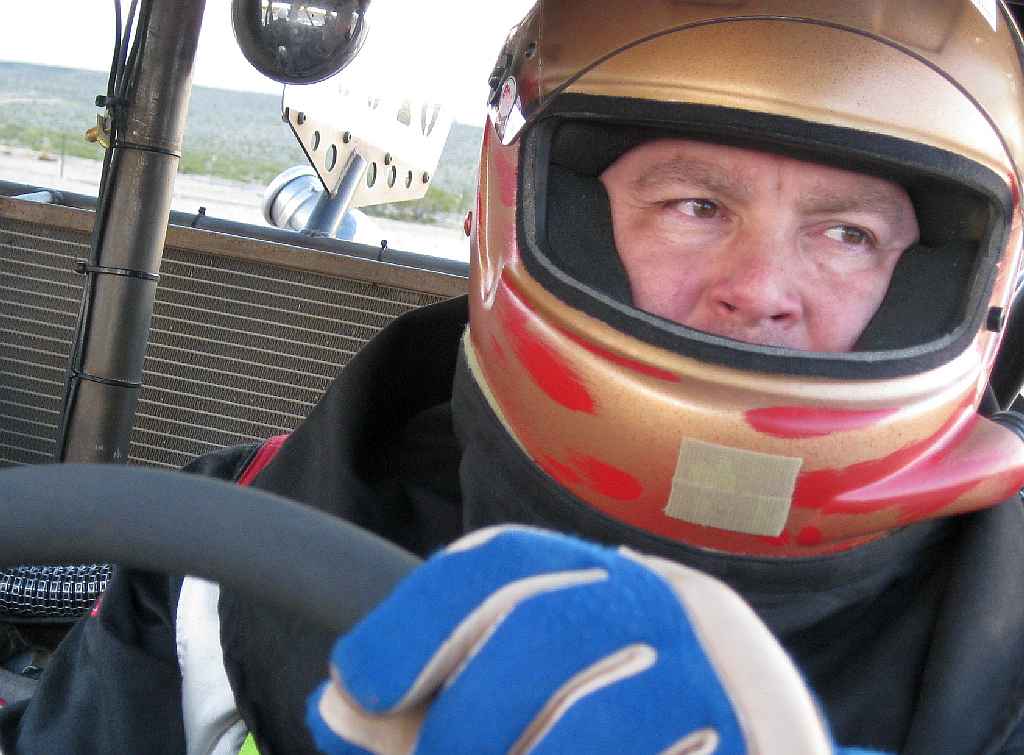 The majority of auto racing sanctioning bodies mandate safety equipment for drivers. Like all regulations, these mandates have become increasingly burdensome over time.

One of the most onerous regulations on low-budget, local race teams is the mandate to purchase a new helmet every time new standards are released by the Snell Memorial Foundation. Since new helmet standards are established every fifth year (2000, 2005, 2010, etc), in reality, most drivers must replace their helmet every year or two.

For example, if you purchased a helmet in 2009, that helmet was rated under the 2005 safety standard. That means the helmet was mandated into obsolescence in 2010 even though you only used it for one year and it may still be practically brand new.

Bear in mind that an average racing helmet costs about $500. Most teams have two per driver, and sometimes helmets for crewmen as well. For local teams who struggle just to get to the track each weekend, this is no small matter.

Who says that a newer helmet is automatically better? Frankly, there are several new helmets out there with the approximate protective value of a wet paper bag. I've raced for 23 years and the best helmets I ever owned were a 2003 Simpson and a 2005 Bell. I wish I could still wear them. They are better than the helmets I bought to replace them.

The truth is that helmet structural integrity does not break down for many years after the manufacture of the helmet, and even then any disintegration is restricted primarily to areas affected by glue (trim, internal padding, etc.). The actual protective capacity of the helmet shell does not deteriorate with any reasonable amount of age.

Even the Snell Memorial Foundation, whose recommendations are the foundation of the 5-year mandate, openly admits that its own ratings are a judgment call based on absolutely nothing. There is not a single shred of empirical data to demonstrate that a 2-to-5-year old helmet is incapable of doing the very same job it was the day you bought it.

Just look at Snell's own web site. Go to http://www.smf.org/, click on FAQs, and then click "Why Should You Replace Your Helmet Every Five Years?" The answer, in their own words, is "the recommendation for five year helmet replacement is a judgment call."

Then look up Snell's testing procedures (they're listed on their web site as well) and you'll see that they test for retention, stability, penetration and flame resistance, but they have no testing whatsoever to gauge a helmet's integral shell degradation due to age.

In other words, there is no genuine, independent data to indicate that a 3-8 year old racing helmet will necessarily provide anything other than the full protection that it was designed to provide. The only real data on penetration and degradation I can find was actually conducted by a cycle helmet manufacturer from Italy. They determined that the life of a helmet's shell is at least 8 years.

So what's the dirty little secret? This is not about helmets "degrading." It never was. This is about money.

Obsolescence is mandated for almost everything nowadays whether the items need replacement or not. Worse yet, no one has the guts to take responsibility for it. The race series blame the insurance agencies. The insurance agencies point to Snell and hold the sport hostage by demanding compliance. Snell says they are merely making recommendations (which is true). Helmet manufacturers say nothing at all.

In fairness to Snell, I want to point out that the actual mandates usually stem from the race series, who are responding to pressures from insurance companies and safety equipment manufacturers based on Snell's recommendations. The mandates do not come from the Snell foundation itself. Neither has Snell fabricated any information. On the contrary, they are quite honest about their testing procedures and detail them on their web site so let’s not throw Snell under the bus.

As a voluntary recommendation, Snell's advice is extremely helpful. Their testing procedures are valuable and thorough and they contribute significantly toward the advancement of racing safety. But when the recommendation is reduced to a mandate, we have problems.

The simple fact is that the helmet replacement mandate imposed on race teams is a racket. They force low-budget racers to take money that they cannot spare and make redundant purchases to replace items that may still be adequate for their intended purpose.

The only thing worse than the scam itself is that many of its victims have been mentally conditioned to defend it. Once upon a time, Americans were not a herd of pitiful sheep being led about by paternalistic do-gooders bent on child-proofing the planet. But everything we do is now regulated, mandated, manipulated and controlled by a thousand policies that treat us like incompetent toddlers.

Highly skilled, adult men and women who are capable of driving 3,000-lb automobiles at triple-digit speeds are certainly mature enough to purchase basic safety gear without a kindergarten teacher masquerading as a rules-maker telling them when to do it.

Sanctioning bodies need to stop participating in the helmet scam. Those who are aiding and abetting it should be held accountable. They need to stop allowing insurance agencies to run their businesses for them. Mandating that someone needlessly spend $500 that they don't have is no better than breaking into their home and stealing it.

As a first step toward eliminating the great helmet scam, Snell should begin stamping helmets according to the year of manufacture rather than the last year of helmet standards. This would assure racers a full five-year service life from their helmet regardless of the year in which it was purchased.

And ultimately, since helmets frequently have a shelf life extending well beyond the arbitrary five-year limit, the decision on when to replace them should be left to the drivers.

Now don’t get me wrong… I wear a good helmet, a neck restraint and a new, triple layer fire suit in addition to full body Nomex. I wear every piece of safety gear that I can find and recommend you do the same.

But I won't mandate it and neither should anyone else.