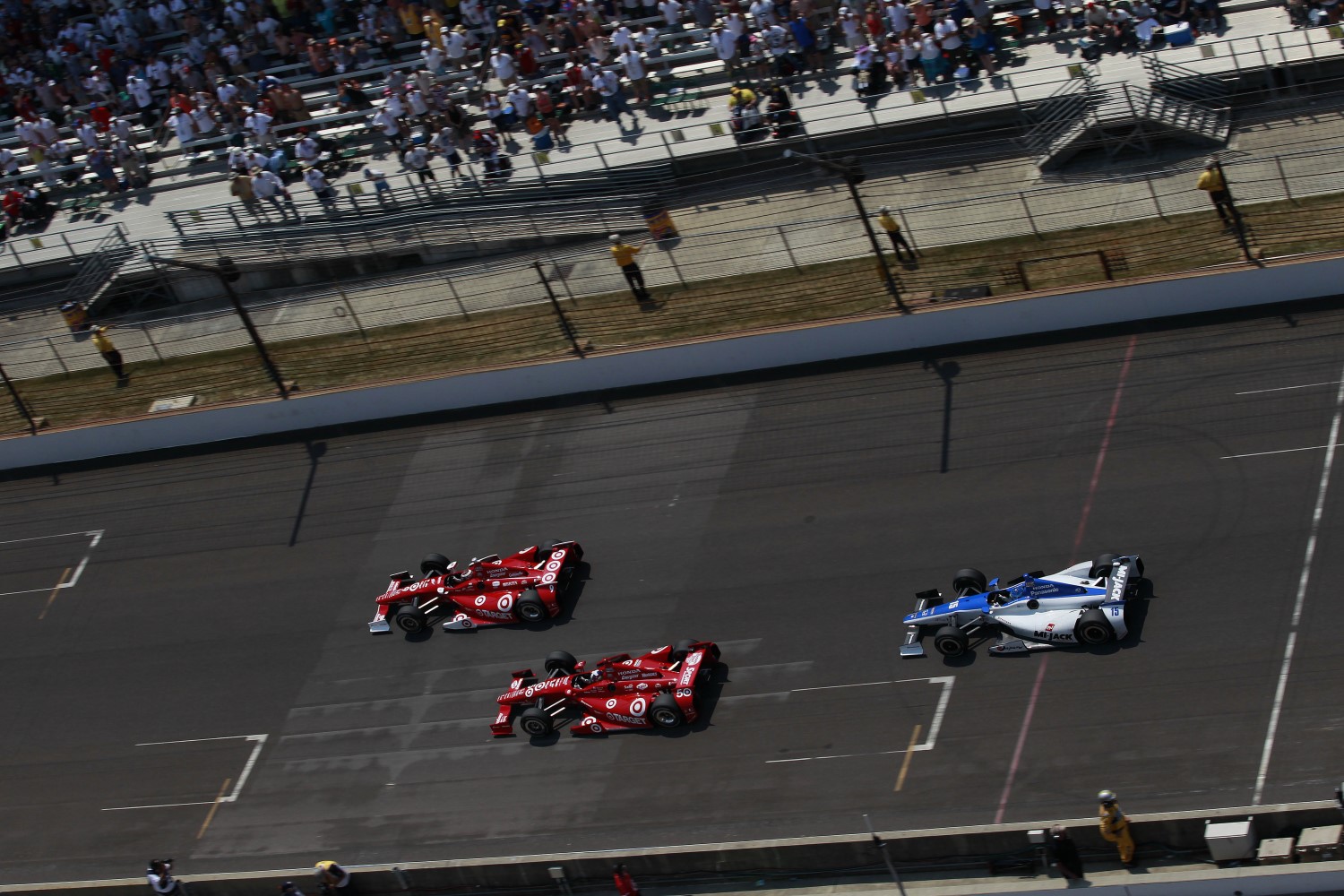 On my way out of the track after today's Indy 500 to catch my flight back home to enjoy the remainder of the Memorial Day holiday with family, I heard fans saying that this was the greatest Indy 500 of all time, and there have been many great ones through the years. Not one fan, I am talking about hundreds of fans all gushing the same – they could not believe what a fantastic race they just saw.

And what a great race it was. We are talking lead changes back and forth, lap after lap. Not just passes for the lead, passes everywhere. Passes on perhaps the hardest oval track to drive in the world, in sweltering heat, between the best drivers in the world. This wasn't easy NASCAR high bank track racing, this was racing at over 220 mph on a flat oval inches apart with the cars on the limit of control with no fenders.

The race was nearing the finish and there was Tony Kanaan leading, his 11th time trying to win Indy, driving the #11 car. Trying to win one for nice guys Kevin Kalkhoven and Jimmy Vasser. But it wasn't to be.

And then, with less than 20 laps to go there was Marco Andretti back in 15th place fighting his way back to the front. Despite having what appeared to be the fastest car on the track, he got shuffled back during pit stops. He was fast and he was gaining on the leaders. Picking off car after car in heavy turbulence, he was going for broke, leaving nothing on the table. This was Indy, you know what I mean.

And then he got too low in Turn 1 on lap 187 of 200 after moving up to 8th, and like other drivers who made the same mistake on Sunday, he got his left side wheels on the white line separating the track from the apron and lost control at 220 mph. He tried to save it, but it was too late. He smashed the outside wall and his day was done. The Andretti jinx at Indy, a jinx that the family has had since Mario's win in 1969, continued. This was Indy, you know what I mean.

That setup a six lap barnburner of a finish that featured Takuma Sato, driving the race of his life for underdogs Bobby Rahal, David Letterman and Mike Lanigan. He had the entire country of earthquake and tsunami ravished Japan cheering him on. Sato was picking off the leaders. The two Ganassi drivers, Dixon and Franchitti were swapping the lead between them for the win as if they owned the place. And here comes underdog Sato.

He slips under Dixon for second with less than two laps to go with one of the gutsiest passes we've seen, and closes on leader Franchitti going into Turn 3. They power through Turn 4, Franchitti leading, but Sato is gaining.

The white flag flies and Sato has a run on Franchitti down the front straight. With less than two miles to go he sees an opening and goes for it, and the crowd lets out a scream.

Sato dives even lower and goes down into the first corner below the white line side-by-side with Franchitti. He was going for broke and the cheer from the fans was louder than the screaming engines. One of the two are not coming out of that turn in one piece. This was man against man. Gladiator against gladiator. Death was staring them in the face. This was Indy, you know what I mean.

Sato's car wiggles, he tries to save it. The rear end steps sideways. He taps Franchitti who is outside him. Franchitti wiggles but regains control while Sato spins hard into the outside wall. The caution flies. The race is over. Franchitti the hero, Sato the zero.

I felt for the Japanese people who needed one of their biggest heroes to give them something to be happy about again. But it wasn't to be.

And next year they will do it all again. 33 brave men and woman, trying to add their likeness to the Borg Warner Trophy. They've been doing it since 1911, and they will be doing it for maybe ever. This is Indy, you know what I mean. Mark Cipolloni reporting from Indy