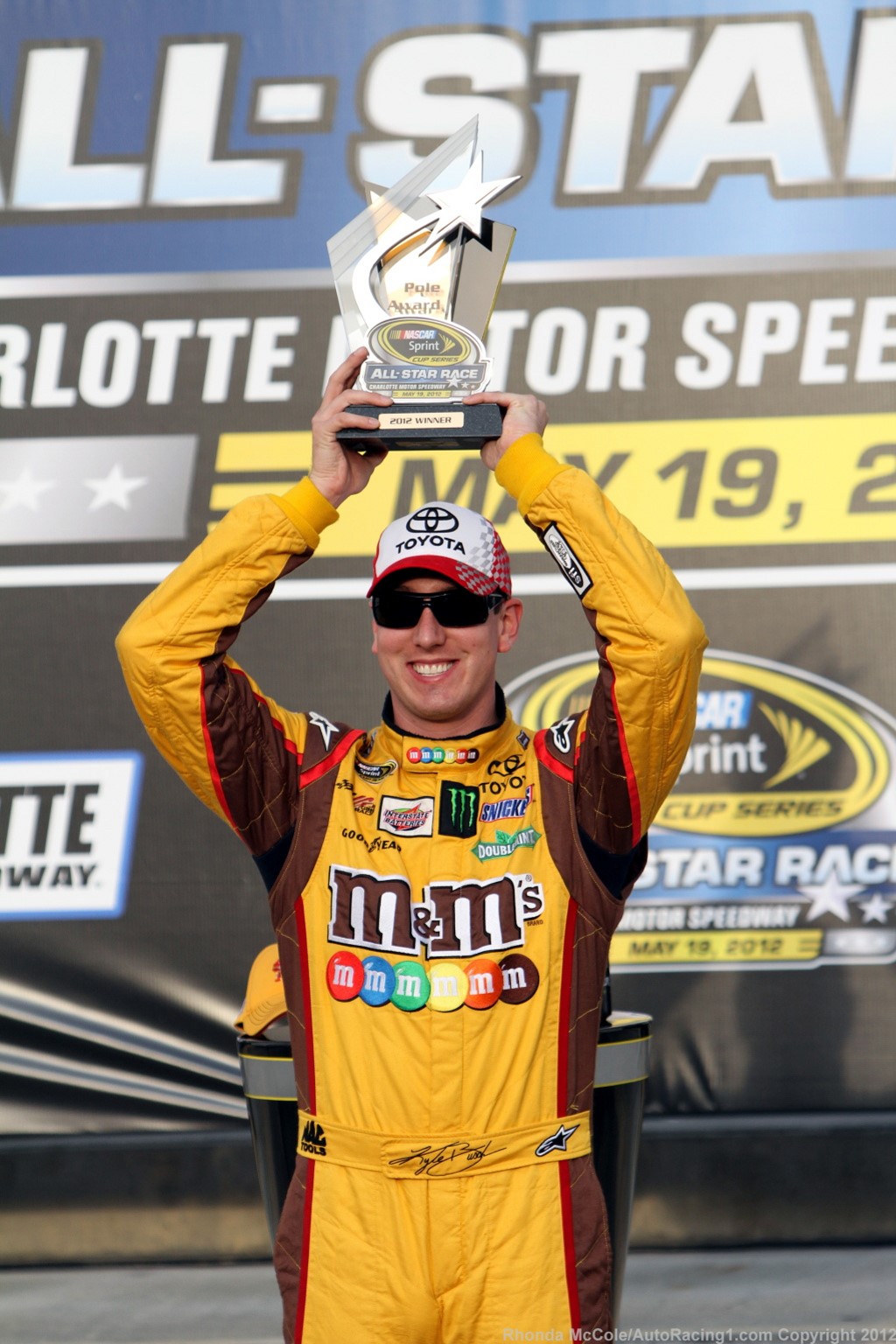 For the second year in a row, Kyle Busch will lead the field to the green flag for the NASCAR Sprint All Star Race with a $1million dollar prize on the line, winning the pole in Friday’s qualifying session at Charlotte Motor Speedway.

Busch was the fastest driver in Friday’s practice session in the no. 18 Toyota, putting him last among the 20 drivers to take to the track in qualifying, which featured a unique format of three laps and a four-tire pit stop.

Busch’s crew pulled off a perfect pit stop and Busch got off pit row cleanly, recording a lap time of 119.11 seconds to knock Ryan Newman out of the top spot for his third all star pole and a $50,000 pole-winning bonus.

“We knew we’d be pretty quick here," said Busch. “We felt like we had a good shot for the pole. Going out last, that always helps. I think we have a little bit of a system going on here for this place – that’s two in a row for us."

In seven starts in the all star event, Busch has yet to record a victory, his best finish being a runner-up showing to Carl Edwards in last years event. In fact Busch has never won any Cup races at Charlotte – one of only seven tracks he’s never scored a Cup win – despite having tallied six Nationwide Series and four truck series victories here.

“This track I don’t have a win at in a Cup car, we’re definitely trying to break through that threshold and this is my favorite race track," said Busch. “We definitely want to win. To do that you just have to put a whole night together and I haven’t been able to do that here in the past. Last year we ran a really smart race and a good race and we come up just a little bit short. Hoping that the lessons that we learned from there can be a little bit different this time and help us out to try to come home with a win."

Jimmie Johnson earned the sixth starting spot and will have first choice of pit stalls by virtue of his pit crew winning Thursday’s Sprint Pit Crew Challenge. Paul Menard was seventh ahead of Jeff Gordon and Tony Stewart. Regan Smith qualified tenth but will have to go to the rear of the field after changing an engine during the afternoon practice session.

Kasey Kahne was the only casualty of the evening after crashing on his final lap and will go to a backup car and start at the rear of the field.

The final three spots in the field will go to the first- and second-place winners in the 40-lap Sprint Showdown run prior to the All Star race, as well as a driver voted in by the fans.

A.J. Allmendinger won the pole for the Sprint Showdown, with Martin Truex, Jr. on the outside pole.