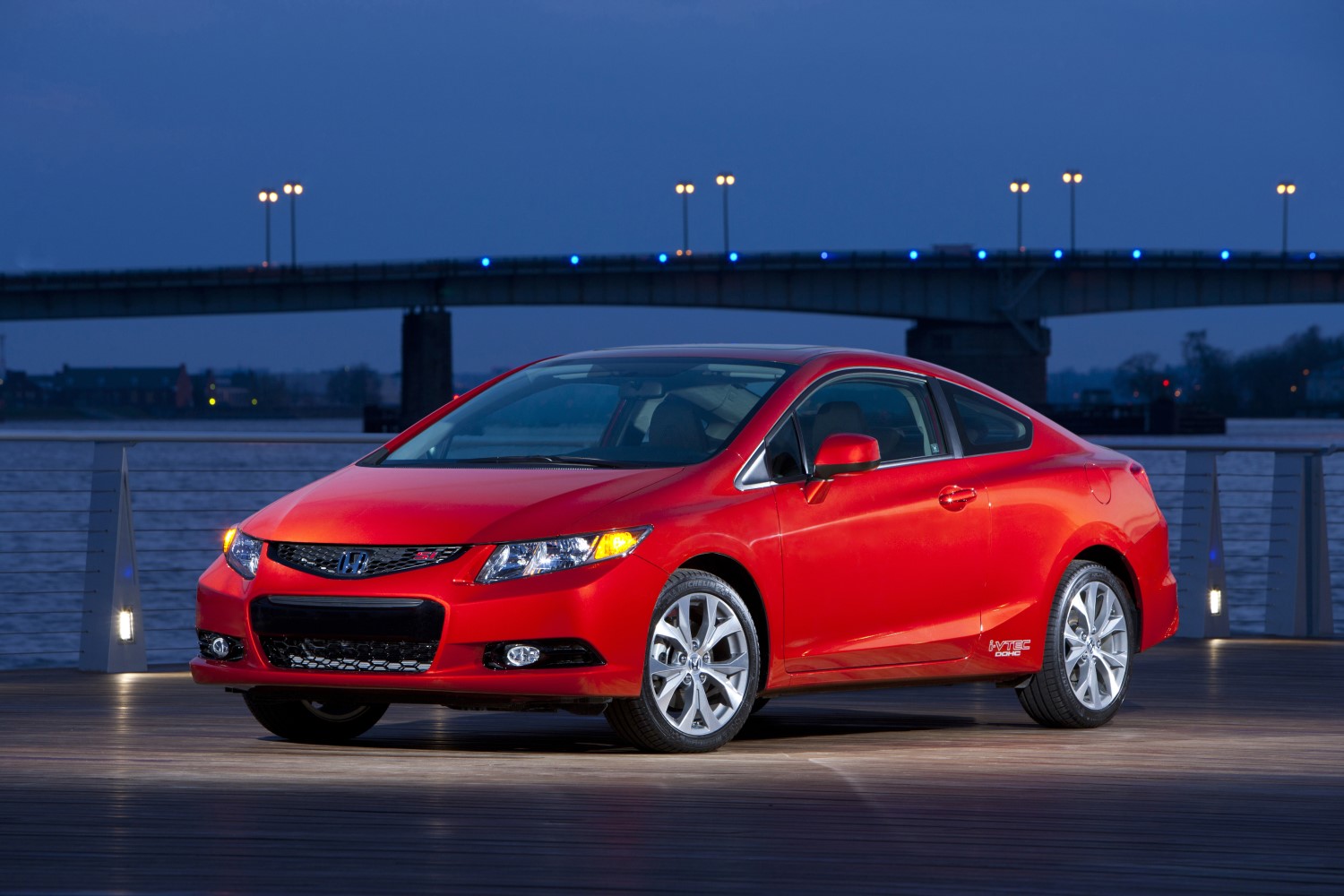 Honda sells around 20,000 Civics each month which is only second to their Accord. Since its introduction in 1973, Honda has sold 8.8 million Civics just in the United States alone. With those numbers, the Civic is a very important model to Honda’s bottom line. For 2012, Honda has come up with the ninth generation Civic that is said to be completely redesigned.

The Civic enjoys a reputation for being a fun to drive compact that is inexpensive, fuel efficient, reliable, and durable. The sixth generation Civic was perhaps one of the most popular cars for car tuners. It was an amazing platform that could do whatever you please. The same car could get 40 mpg or with some bolt on parts and an easy engine swap could race with Porsches and BMWs. That kind of flexibility does not happen every day. The seventh generation Civic was not very well received by the enthusiasts mainly due to its suspension design which many saw as going backwards. The eighth generation Civic received a sexy makeover and an improved suspension. Honda made sure to let the enthusiasts know that they were listening by bringing back the Civic Si. Now the ninth generation has a Civic Si for the enthusiasts with the new Civic Si.

The ninth generation Civic was developed to improve overall refinement and fuel economy. There are five different Civic models each with its own personality. Those models include the sporty Si, the well equipped regular sedan, the efficient HF, the Civic Hybrid and the natural gas powered Civic CNG.

The exterior styling of the Civic is supposed to be all new and is more aerodynamic than the old car. However it is very hard to tell the difference between the old car and the new car unless you put them size by side. The styling is still very conservative and not flashy but if you want more flash, the aftermarket will certainly be able to help.

Inside there is more room than before. Although the 2012 sedan is externally the same width and length, it has gained 3.7 cubic feet of interior volume. It also has more shoulder room and hip room. The 2012 Civic is no longer a small car and it has enough room in the back seat for three people. In our two door Si, rear passengers space is a little tight for two people even though there are actually three seat belts back there. You could stick three people back there but they would not be very happy. The sloping roof and the smallish rear windows really make the rear seem tight. The trunk is of decent size and has 11.7 cubic feet of space which is a little smaller than the 12.5 cubic feet trunk in the sedan. If you need more space, you can fold the rear seats and get even more space.

The seats in our Si were very nice looking sport seats with red stitching complete with Si logos. They were very comfortable and felt great but a car like this deserves more aggressive seats. Honda has traditionally reserved their racing seats for their Type R models and Civic Si models have always come with similar seats.

Under the hood of the Si is an enlarged version of last year’s engine. Displacement is up from 2.0 liters to 2.4 liters but horsepower is barely changed and is up to 201 hp from 197 hp. The difference though is where the power peaks. Last year’s car made its 197 hp at 7800 rpm right before the 8000 rpm redline. The 2012 car makes its maximum power at the 7000 rpm redline. The difference in torque is also substantial with the new car producing 170 lb ft of torque versus 139 for last year’s car.

The larger engine feels much better on the street with a lot better drivability. Power comes on much sooner and you can easily pull from 1000 rpm in any gear. The downside is that the high revving nature of the old motor which was such a kick has now been reduced. Fortunately, they did not mess with the transmission linkage and the Civic Si still enjoys one of the best shift linkages in the world. The shifter is a joy to operate and is light yet precise. Every manufacturer in the world needs to study this shifter and learn Honda’s secret.

Inside, you can see some new features. As in the previous Civic, the dash is in two tiers. There is a multi-purpose screen that can show your trip distance, average fuel economy and miles to empty as well as your stereo settings. Next to the digital speedometer is a shift light. The three shift lights come on sequentially as you approach the 7000 rpm redline. Next to the shift light is another light that comes on around 5200 rpm when the VTEC system engages. With the stock exhaust it is hard to hear the difference in the sound of the engine but with a good high performance exhaust the sound of the VTEC system engaging the top end cam lobes is fantastic.

Handling of the Civic Si is very good and the car really enjoys tight twisty roads. The standard limited slip differential is a welcome addition that many manufacturers are too cheap to provide. In the Civic Si, it is standard and works great to give you good traction when exiting those tight turns. The standard 215/45-17 tires are not really performance tires and are more of an all season tire designed to be quiet and work well in most environments. A set of real summer performance tires would really help make the car a lot more fun to drive. Fortunately, you can choose summer tires as an option straight from the factory for a few hundred dollars more.

The competition is getting tougher. Many of the Civic Si’s competition offer more powerful turbocharged engines and some offer better handling. The Civic Si prices make the car much more affordable as the competition tends to be more expensive. Si prices start out at $22,355 for the Coupe and can go up to $24,000 if you choose every option. The price difference along with the Civics’ track record of reliability, performance and durability can make the Civic an easy recommendation for almost anyone.