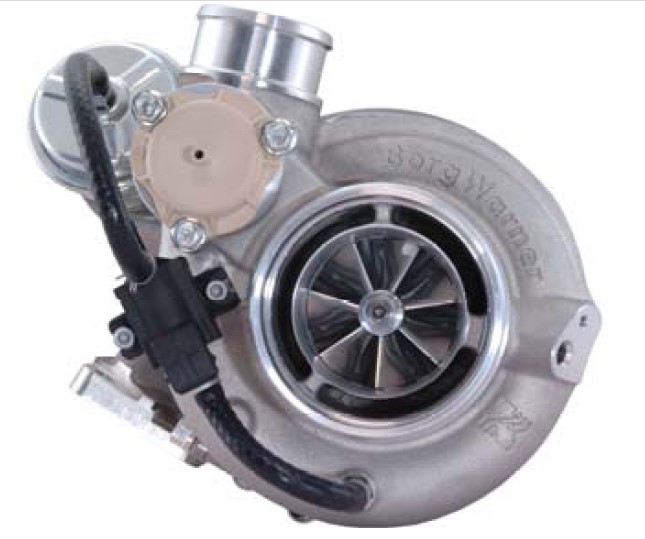 Much ado has been made about Honda being told to remove the turbochargers from their cars here in Long Beach and revert to the turbocharger they used in the first two IndyCar races of 2012 in Florida and Alabama.

There had been reports that the Honda drivers were suffering from more turbo lag than the Chevy and Lotus powered drivers. So I decided to get to the bottom of this story.

I spoke to a Honda representative who explained the entire situation to AutoRacing1.com. As it turns out, it is not a turbo lag issue at all. Roger Griffiths, HPD Technical Director, said, "I do not know where that story came from, but it is not accurate.

"When all of us started down this road with IndyCar to design and develop these new engines we all did so with the understanding that no matter which 'spec' Borg Warner turbocharger option we chose (single vs. dual) no one would be at a disadvantage power wise, either turbo would be capable of producing the same amount of power

"And to their credit, Borg Warner came up with the two options that were pretty darn close to being equal, but they're not equal. We pointed out to IndyCar and to Borg Warner that the data showed, Borg Warner's data, that the dual turbocharger option produced slightly more power. And IndyCar and Borg Warner admitted there was a difference.

"And it was our understanding with IndyCar and BorgWarner that at some point the two turbo options would be made equal in performance. "Whether you picked the single or double turbo option comes down to many criteria including packaging, serviceability, etc, but power was not supposed to figure in the decision and everyone understood that.

"However, one of the other manufacturers objected to Borg Warner introducing a new turbocharger now and IndyCar asked the Honda teams to remove the new turbo and revert back to the original one. Honda immediately complied with that request.

"IndyCar is further evaluating the situation. It all comes down to a difference of opinion on the intent of the rules. The data is clear cut, but the interpretation of the rules philosophy is at issue here.

"The argument is that the turbocharger layout was homologated for two years and that we all knew the advantages and disadvantages of the different turbo options. You pick your poison and live with it. However the turbocharger itself is a ‘spec’ part rather than a ‘homologated’ part and as such providing the sanctioning body gives its blessing then the supplier can change it as necessary and provide it to those using it. We don't disagree with that philosophy but the power difference was pointed out early on and it was our understanding, along with IndyCar and BorgWarner, that there was to be no difference in power. There were differences on many levels of the two choices, but power was not to be one of them.

"Honda is not blaming anyone and Honda is very respectful of what IndyCar is trying to do to keep costs down and avoid an engine war that would run cost up. All that we are asking for is an equalization of power as originally agreed."

So what is Chevy's take?

Mark Kent Director Chevrolet Racing told AutoRacing1.com, "It was recently brought to the attention of both Chevrolet and Lotus that Honda intended to compete this weekend at Long Beach with turbochargers that were different than those in place on the engine homologation date. The date for the engine homologation was prior to the start of the 2012 IZOD IndyCar Series season. Speaking for Chevrolet, we feel this change in turbocharger specification violates the IndyCar rules. Therefore, we have subsequently communicated our concern to IndyCar."