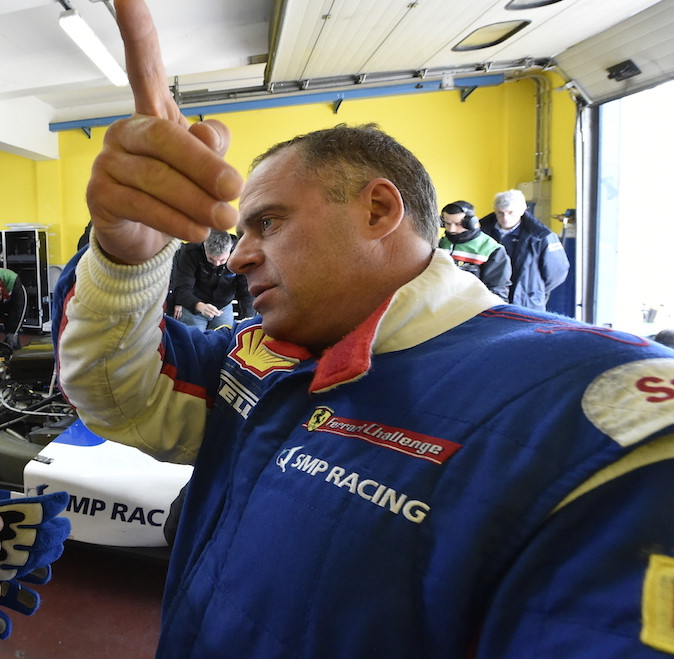 UPDATE #3 Mikhail Aleshin's sponsor SMP Bank was placed on the US sanctions list this morning due to the situation in the Ukraine. The owners were the only ones targeted before but now it is the entire bank.

04/16/14 Not sure if it corroborates the rumor of Aleshin losing his funding, but he's noticeably absent at the test.

04/15/14 A statement from Sport Director of SMP Racing Sergey Zlobin on Obama sanctions placed on bank accounts in the USA and the EU because of the crisis in the Ukraine caused by Russia:

"I don’t understand how we relate to politics, said Zlobin by phone, – the Team will still race in European Championships anyway (notice no mention of the USA). We will survive because we know how to do it. We have partners and friends, he have found an opportunity to pay our invoices. We have status of factory team "Ferrari", and Europeans occupy about 100 working positions. We also were announced as "Team of the Year." That is why all this looks really strange."

This Ria Novosti article indicates that IndyCar driver Mikhail Aleshin's funding could be in jeopardy due to sanctions from the United States and Europe over the crisis in the Ukraine.

Of course, we don't know the details of Aleshin's funding with Schmidt Peterson Motorsports. However, the likable Russian who finished sixth at Long Beach yesterday is part of the SMP Racing project, which was established by Russian billionaire Boris Rotenberg, and supports the careers of over 47 drivers, mostly Russians. Rotenberg owns SMP Bank along with his brother Arkady, and a variety of other businesses. He is also a childhood friend of Russian President Vladimir Putin.

Anyway, we are unsure what the exact effect will be on Aleshin. According to the article, the asset freeze is likely to have a larger impact on Russian drivers competing in Europe.