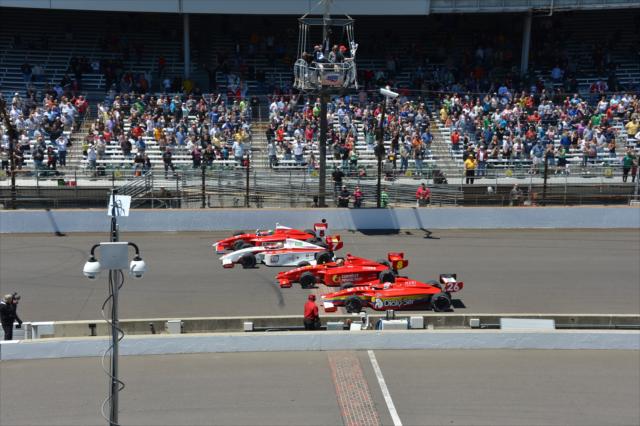 We're getting word that 2013 Freedom 100 winner Peter Dempsey will likely be back in Indy Lights Presented by Cooper Tires in two weeks at Long Beach. The 27-year-old Irishman has run partial schedules in each of the last three Lights seasons. His best season was last year, in which he scored three second-place finishes in addition to his epic Freedom 100 win, started 12 of the 13 races, and finished fifth in the series standings.

As for the team, we're hearing it is an organization that has previously competed in Indy car series. However, we are working on figuring out the details of the arrangement.