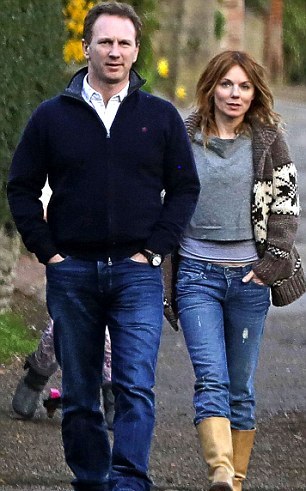 (GMM) Christian Horner has reportedly split with his long-term partner six months after the birth of their first child.

We reported late last year that the 40-year-old Red Bull team boss and his partner Beverley were expecting to be parents.

"I'm very happy about it — it's going to mix things up!" Horner said at the time.

On Saturday, publishing a paparazzi photo of Briton Horner on a walk with Geri Halliwell, the British tabloid The Sun said the pair is "dating".

If true, it would mean Horner has split with his partner of 14 years, Beverley Allen, just six months after their daughter Olivia was born.