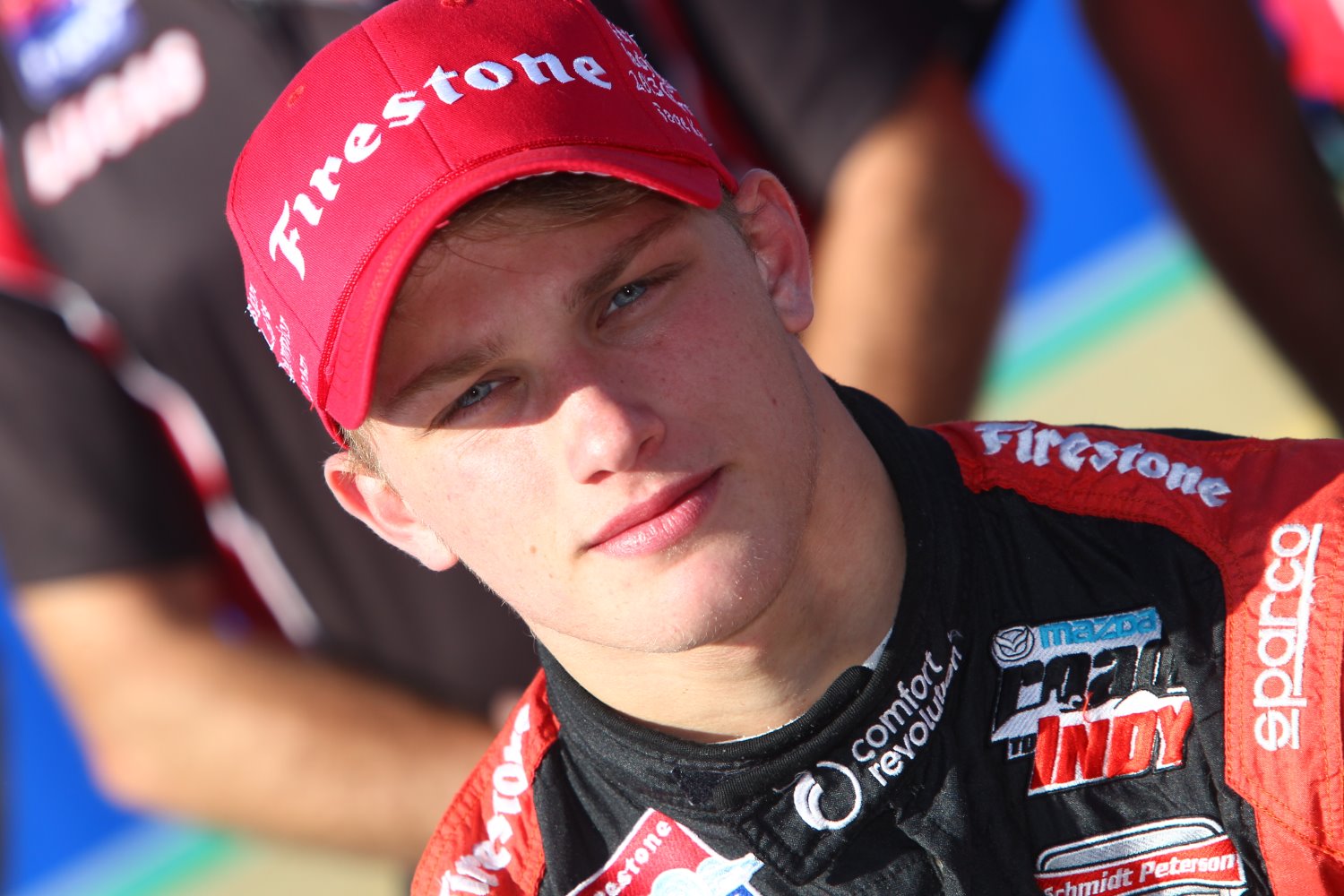 Chip Ganassi Racing wants to build a driver development program around Sage Karam and is close to putting together a second full-time entry in the Tudor United SportsCar Championship that could pair the Indy Lights champion with Marino Franchitti.

Franchitti and Karam were both part of Ganassi's two-car program in last weekend's Rolex 24 at Daytona. Ganassi team President Steve Lauletta said Tuesday the organization would like to keep Franchitti and Karam in a car if sponsorship can be found.

''There are other guys we are talking to, but it would be great to keep the momentum going from this weekend if we could,'' Lauletta said.

There's plenty of time for Ganassi to put together a deal because the next TUSC event – the 12 Hours of Sebring – isn't until March 15. But Lauletta said the program is taking shape.

Franchitti, a two-time class winner at Sebring, is the younger brother of recently retired Ganassi driver Dario Franchitti. He said last weekend he has nothing else lined up yet for this upcoming season and hoped a strong showing at Daytona would lead to more work.

Part of the lineup that included Scott Dixon, Tony Kanaan and Kyle Larson, the car was running second early Sunday when it developed a flat tire that took them out of contention.

The inclusion of Indy Lights champion Karam in Ganassi's plans is part of the team's desire to place the 18-year-old in a development program that could also include IndyCar races. The team invested in Larson the last two years and has promoted the 21-year-old to NASCAR's Sprint Cup Series this season to replace Juan Pablo Montoya.

''We'd like to do a development program with him like we did with Kyle, it just depends if we can find the support,'' Lauletta said. ''We think having him drive a lot would be a good thing for him. Keeping him in the sports car – I think he proved he did a really nice job last weekend – and then try to do some things with him on the IndyCar side would be the ultimate goal.''

It's too late to run Karam a full IndyCar season, Lauletta said, and Ganassi's lineup is already full at four cars. The Indianapolis 500 is a possibility.

Karam is owed a $1 million stipend from IndyCar for winning last year's Lights title that can only be used toward his 2014 program. Lauletta said the organization is still trying to get a full understanding on how the money can be applied, and it so far appears it will only be paid out if Karam secures a ride for a full season.

Karam said during the 24 Hours he's open to racing anything.

''That's the cool thing about this team, is that they have a car pretty much in every series that you can take your career in any path you want to,'' he said. ''I'm a race-car driver. I would drive a lawnmower if I needed to.'' SI.com/AP

12/27/13 Apparently the reigning Indy Lights champion got an unexpected phone call Christmas Morning that might have been the IndyCar ride he’s been pursuing.

Sage Karam @Sage Aram
Insane phone call this morning. Hopefully can share something with you all soon!
10:51 AM – 25 Dec 2013

There aren’t any details, but it suggests that a deal is either done, or close to being done, probably for an IndyCar or maybe a GP2 or Tudor Sportscar ride.

11/05/13 Sage Karam, the youngest Indy Lights champion in history — he turns 19 on March 5 — believes he is near completing an IndyCar Series deal for the 2014 season, and it will be a full-time ride.

“With the scholarship money from Mazda, you can only put it towards a full [IndyCar Series] season," Karam said of the $1 million bonus paid to the Indy Lights champion. “I'm almost in a position where I've got to [move up].

“I can't use [the funding] to pay for a few races; it's only given to me if a full season is in play, so the goal is to find the funding to get a full season, and I think we're pretty close right now."

Karam said his new management partner, GP Sports Management, is talking with IndyCar Series teams, but he's trying to stay out of the discussions.

Karam said his parents and his primary sponsor, Michael Fux, the founder of Comfort Revolution, are supportive of the move up.

If a deal comes together, Karam will become the only high school senior driving in the IndyCar Series. He will graduate from a Nazareth, Pa., high school after the Indianapolis 500 in May.