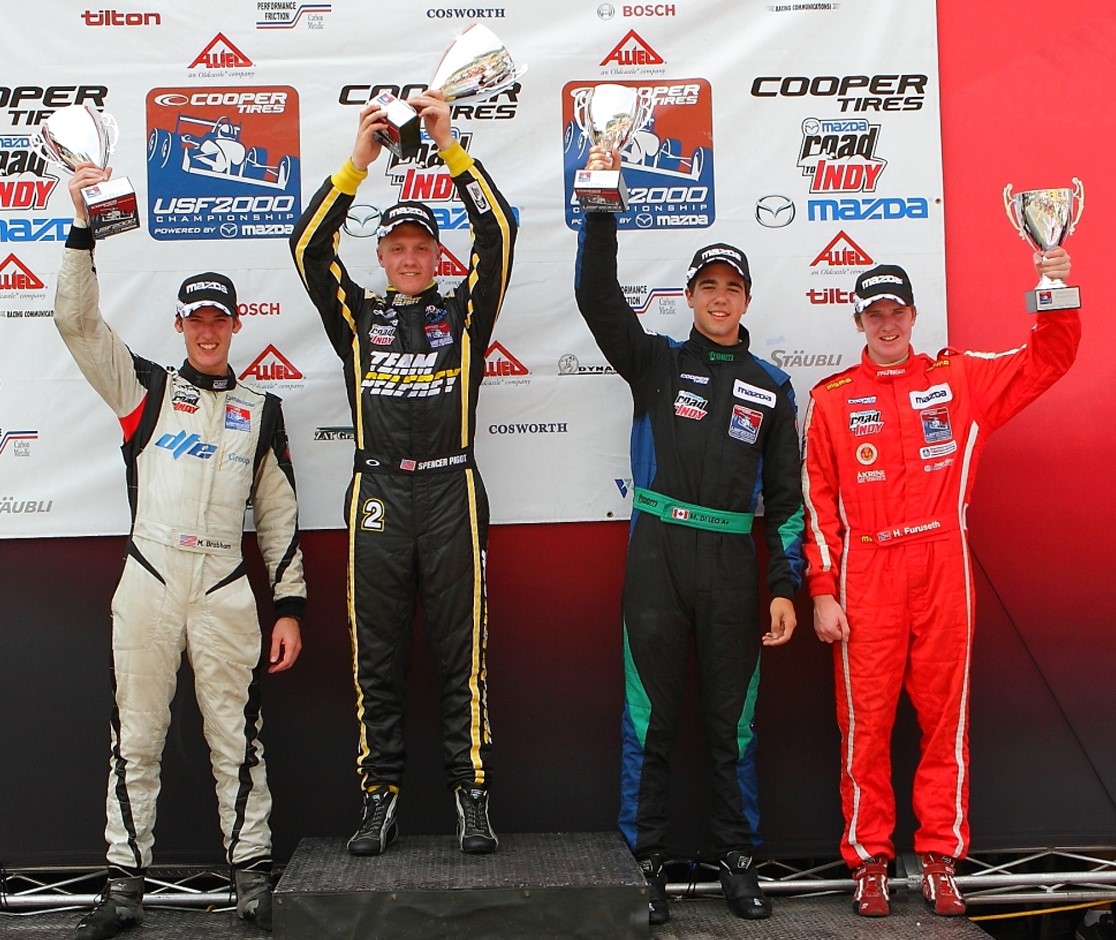 We've been in contact recently with Innisfil, Ontario native Matthew Di Leo regarding his prospects for 2014. Di Leo, along with fellow Canadian Mazda Road to Indy drivers such as Garrett Grist, Scott Hargrove and Jesse Lazare, is part of a promising core of young up-and-comers from The Great White North.

In 2011, Di Leo finished an impressive fifth in the U.S. F2000 championship. He would follow that debut season with four podium finishes during the 2012 U.S. F2000 season, and a fourth-place finish in the championship.

Last year, driving for his own team MDL Racing, Di Leo ran a partial five-race campaign in Indy Lights, where he recorded a best finish of fifth at Long Beach.

Unfortunately, the 18-year driver/team owner is not optimistic about the possibility of a full 2014 campaign in the Indy Lights. And as you might expect, Di Leo cited funding as the main obstacle currently in the way.

However, he has not ruled out competing on a partial basis. Remember, last season he ran only road courses in Lights. And with this being the final year of the current equipment, we imagine more people will make use of the chassis before they are mothballed at season's end.

We'll continue to track Di Leo's progress, and do wish him well in his efforts to continue progressing along the Mazda Road to Indy ladder.