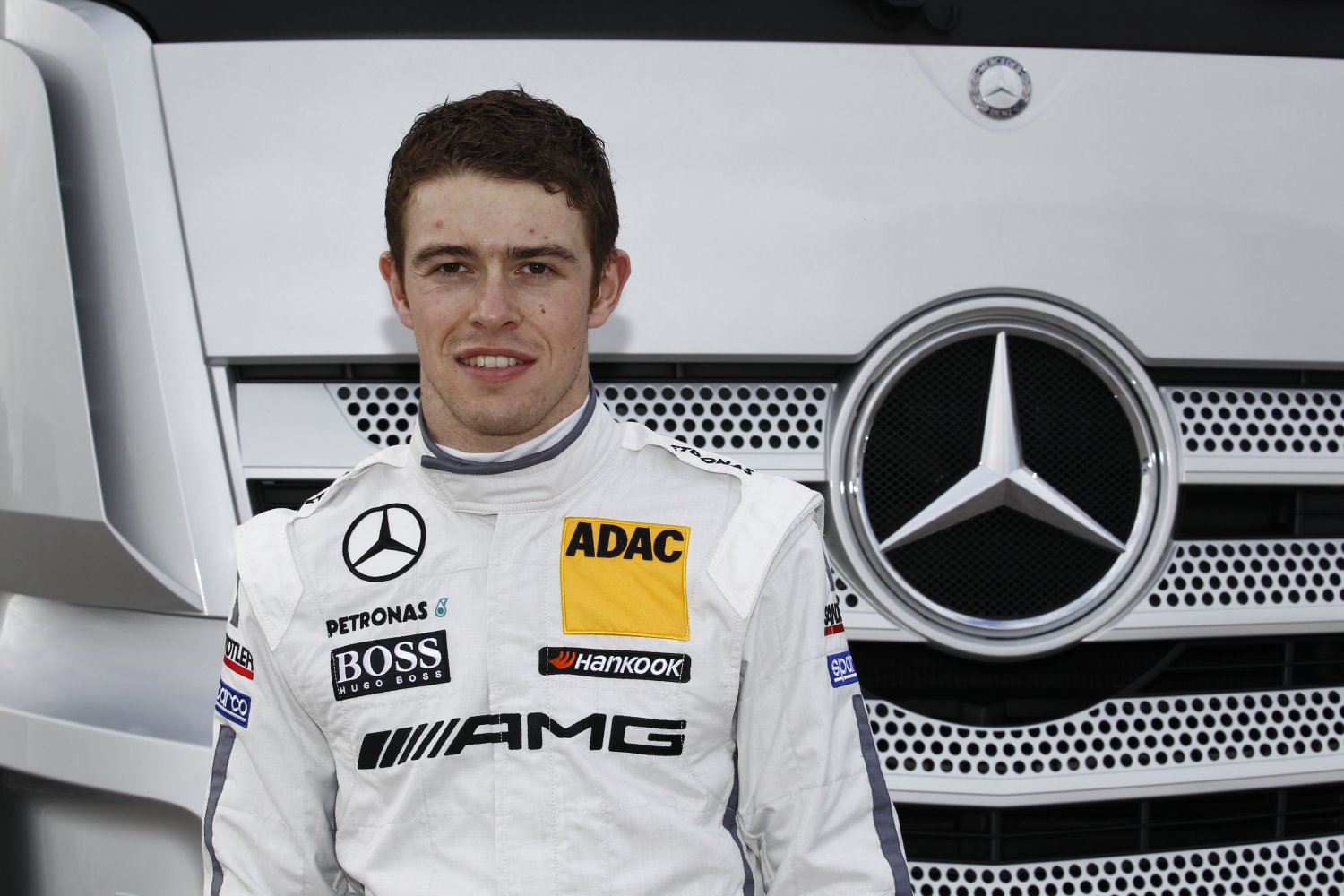 (GMM) With the Scot having already lost his Force India seat, it was announced on Tuesday that Paul di Resta is returning to the German touring car series DTM in 2014.

The 27-year-old entered F1 in 2011 as the series' reigning champion, and he is now returning to Mercedes, for whom he raced throughout his four-year DTM career.

And there are reports di Resta could combine his racing duties with a formula one role with Mercedes' works Brackley based team this season.

"It is emerging that Mercedes may ask di Resta to act as reserve driver for their F1 team, which will make him back-up to Lewis Hamilton and Nico Rosberg," the correspondent for the Times newspaper, Kevin Eason, said.

Di Resta will kick off his DTM return immediately, with a test beginning on Tuesday.

"It feels really good to be back in the DTM and to see so many familiar faces again," he said.

Mercedes-Benz will field two former DTM champions in the new 2014 DTM season. In addition to 2005 DTM champion, Gary Paffett (32, England, EURONICS Mercedes AMG C-Coupe), 2010 DTM champion Paul Di Resta (27, Scotland) will also drive a DTM Mercedes AMG C-Coupé in the coming season. The Scot will strengthen the squad of drivers at Mercedes-Benz, as Daimler prepares to mark its 120th anniversary of competition in motor racing this year in fine style.

Di Resta previously competed in the world’s most popular international touring car series for the brand with the three-pointed star from 2007 to 2010, securing six wins, six pole positions and seven fastest laps from 42 races. After clinching the DTM title at the season finale in Shanghai in 2010, Di Resta switched to Formula 1, where he contested 58 grands prix for Sahara Force India Mercedes (2011-2013), scoring 121 championship points.
Di Resta and Mercedes-Benz go back a long way – the Scot won the McLaren Mercedes Champions of the Future Kart series in 2000. He became a Mercedes-Benz junior four years later, moving up in 2005 to the Formula 3 Euro Series, which he won with the Mercedes-Benz Formula 3 engine in his second season, beating off competition from four-time Formula 1 world championship title holder, Sebastian Vettel.

Di Resta, along with fellow Mercedes-Benz driver Gary Paffett, is one of seven former DTM champions, who have so far confirmed their participation in the 2014 DTM season. During testing in PortimÃ£o on Tuesday, Di Resta will take to the wheel of a DTM Mercedes AMG C-Coupé to begin preparing for the DTM season opener in Hockenheim on the weekend of 3rd-4th May 2014.

Paul Di Resta: “It feels really good to be back in the DTM and to see so many familiar faces again. The DTM is a fantastic racing series with three strong premium brands, a very competitive field and a very evenly matched bunch of drivers. I’m really looking forward to working with the whole Mercedes-Benz DTM team and being part of another championship challenge. Much has changed since my last DTM race in Shanghai in 2010 with new cars, a new set of rules and a third manufacturer, but what has not changed is my enormous appetite for success. Mercedes-Benz has given me a car that I can use to fight for wins and the title. However, I realize that it will not be easy. My competitors already have two years of experience with the new generation of vehicles, but, starting with today’s first test, I’ll be going flat out in order to be capable of winning at the Hockenheim season opener in early May."

Toto Wolff, Mercedes-Benz Motorsport: “Paul Di Resta has been a member of the Mercedes-Benz family for many years, and we are delighted that he is returning to the fold this season to further strengthen our DTM squad. Paul has learned a lot during the past few years in Formula 1, and, together with Gary Paffett we now have two experienced drivers in our team, who have already won the DTM title with Mercedes-Benz and can put their knowledge to good use on the track, whilst passing on hints and tips to our Mercedes juniors."