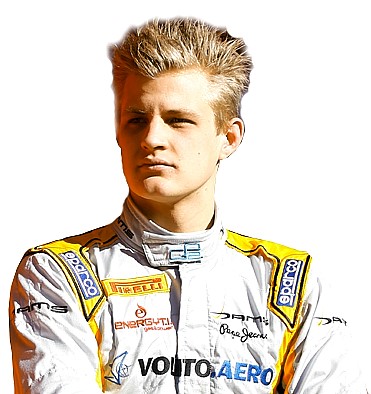 UPDATE #3 This rumor is upgraded to 'fact' with today's news.

We reported recently that, having lost his Sauber seat and spending 2013 racing a Ferrari sports car, the popular Japanese Kobayashi had moved into prime contention to return to formula one with Caterham this season.

Caterham is the last team in the 2014 pitlane to announce its race driver lineup, having competed last year with the all-new pairing of Giedo van der Garde and Charles Pic.

Both were regarded as 'pay drivers', but the team admitted it missed the input of a more seasoned racer, even though Heikki Kovalainen looks to have missed out on his 2014 return.

That is because Caterham, set to bank the comeback millions loyally pledged by Kobayashi's fans, looks to be turning to a rookie to fill the second race seat this year.

Autosprint correspondent Roberto Chinchero reports that 23-year-old Swede Marcus Ericsson, a GP2 driver for the past four years with mixed success, appears "increasingly likely" to make his F1 debut for Caterham in 2014.

01/17/14 As rumored by Autosprint two days ago, the Caterham F1 team is close to announcing a surprise lineup of ride-buyers for 2014. After being forced out of Formula One, Kamui Kobayashi, looks set to team with Marcus Ericsson.

Caterham has not yet issued official news regarding the 'line-up' of drivers which will be on track at Jerez from January 28th, but it seems increasingly likely that the Spanish will see the beginning of Ericsson and Kobayashi as Caterham teammates.

[Loosely Translated] Not since Stefan "Lovis" Johansson raced in Formula 1 in 1991 and Bjorn Wirdheim was a test driver for Jaguar in 2004, has Sweden had a driver in F1 team, but now it can become reality.

Marcus Ericsson has been one of the ride-buying drivers that British Caterham's stables had on his wish list for the season 2014. Another is Japanese Kamui Kobayashi. Although Finnish Heikki Kovalainen has been in the running, he has no money to buy his ride.

But Caterham has required major sponsor money from the two drivers who will compete for the team, which among other things set Kovalainen out of the discussion.

According to SPORT-Expressen has Marcus Ericsson secured a sponsorship amount of nearly 100 million ($15.4 million US). With the money ready Ericsson stands close to get a seat. Kobayashi is expected with about half that amount, for Caterham, which is one of the poorest teams in the pits.

Final negotiations between Caterham and current drivers are in full swing and an announcement may come as early as this week.

No contract has been signed apparently as none of the people who work closely with Marcus Ericsson want to confirm details.

"I can promise that no contract has been signed and nothing is done. And I should know, says Eje Elgh to SPORT-Expressen." Expressen.se